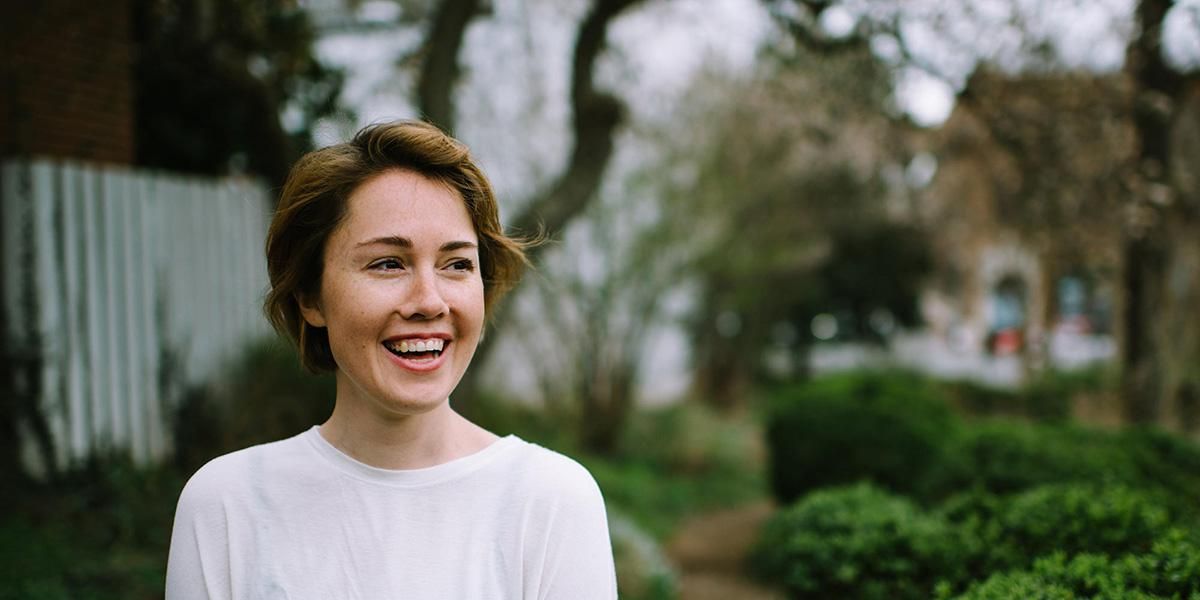 Caroline Shaw is a composer whose approach redefines the term “multifaceted”. The North Carolina native received the Pulitzer Prize for Music in 2013 for her Partita for 8 Voices (the youngest recipient of that Pulitzer category, at age 30). She composed the soundtrack for the film Madeline’s Madeline, collaborated with Kanye West, Nas, The National, and Richard Reed Parry of Arcade Fire. Shaw has also had works commissioned by – among others – the Baltimore Symphony Orchestra and the British Broadcasting Corporation.

At this point, none of her projects would come as a surprise to anyone, but Narrow Sea is particularly striking not necessarily because of her collaborators, but the unique nature of the piece itself. Narrow Sea is a five-part song cycle Shaw composed for Sō Percussion, soprano Dawn Upshaw, and pianist Gilbert Kalish. Written in 2017, Narrow Sea uses new melodies to the words of selected texts from a book of shape-note hymns called The Sacred Harp. While the concept and instrumentation certainly sound like a curious idea, the execution is simply breathtaking and works on every conceivable level.

Shaw explains the texts’ common threads in the press notes for the album. “All of the texts used in the piece share two features: each refers to water in some way (the river Jordan, swelling flood, narrow sea – images of what lies between this world and the next), and each has a sense of joy in looking to heaven (crossing over, going home).” She added that despite the age of the words, the references to comfort and safe refuge take on renewed relevance in the present.

The mix of instrumentation on Narrow Sea – soprano vocal, piano, percussion – makes for interesting combinations and textures, particularly in the case of Sō Percussion. The ensemble has an immense arsenal at its disposal, using drums, blocks, marimbas, shakers, and even cans, flowerpots, and ceramic bowls. Their sound can be clattering, it can provide soothing drones, and it can elicit bell-like melodic lines. Combining this deep reservoir of sonic possibilities with Upshaw’s stunning voice and Kalish’s versatile piano – as well as the intermittent sounds of water, in keeping with the song cycle’s theme – Narrow Sea packs endlessly creative and deeply textured moments into the song cycle.

The first part of the cycle begins quietly and almost majestically, with Kalish’s piano in a muted yet clear tone and the percussion bits providing a gentle bit of syncopation. Upshaw begins with one of the most famous lines of The Sacred Harp: “I am a poor wayfaring stranger.” Almost instantly, a mood is created that is mysterious, emotional, and full of rich sonic texture. On occasions when the percussion rises to a cacophonous din, Upshaw meets them at that level, her voice soaring and cutting through the dense sounds of cans, blocks, and shakers.

In keeping with the overall theme of shape-note singing, the second part of the cycle includes group vocal contributions from the percussionist, creating an engaging, almost campfire-type atmosphere. Furthermore, some of the percussionists pluck and strum the strings of Kalish’s piano while he plays the traditional keys – perhaps a bit of a nod to experimental composer and prepared-piano pioneer John Cage. At the same time, a sustained electronic-sounding frequency weaves in and out of the song, as if trying to locate a distant radio signal. The combination of sounds that initially seem very much out of place creates a unique patchwork that is almost like the invention of a brand-new style. It’s disarming and intoxicating.