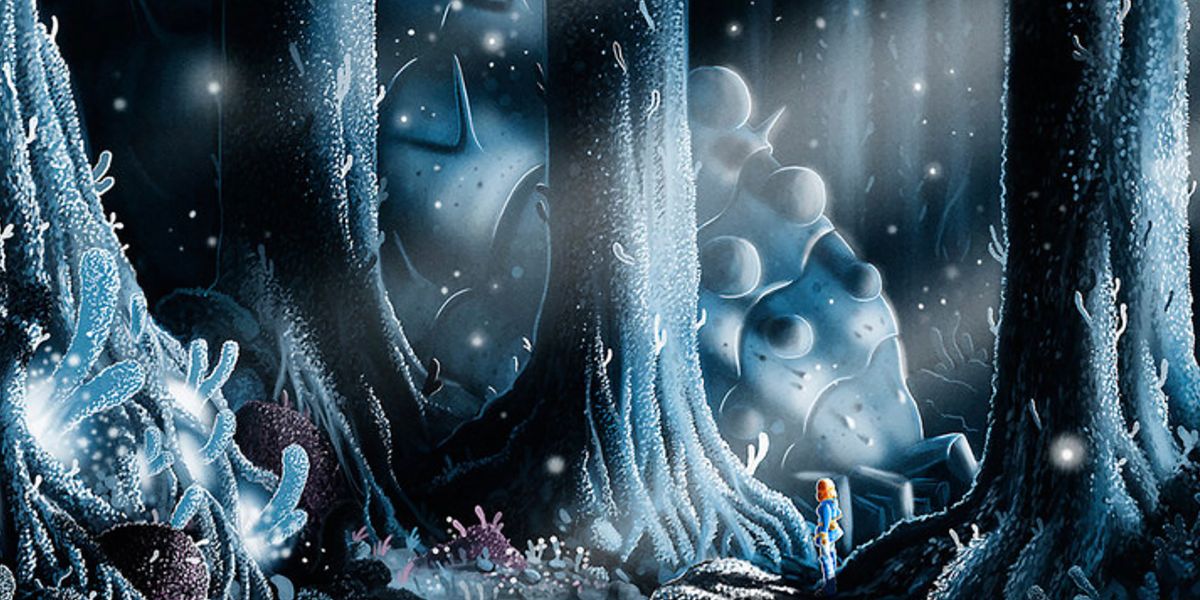 Just a few days before the US went into lockdown in March, with the reality of the coronavirus growing more dire, I was beginning a five-week unit on the work of Hayao Miyazaki in my International Film History class. It was planned as the culmination of our work up to that point in a course surveying international film cultures and movements. We had studied the great modernist era of German Expressionism and Soviet montage in the 1920s; the humanism of French Poetic Realism; the wonders of Italian Neorealism; the classics of art cinema; up to the recent renaissance of South Korean films.

Owing to our institution’s quirky schedule, we have a five-week period that works as a kind of thematic focus at the end of the school year. Miyazaki came to mind both as an incredible artist and because the long-anticipated
Academy Museum of Motion Pictures had scheduled a Miyazaki exhibit as part of its debut this spring. While that opening got delayed long before the pandemic due to fundraising issues, I stuck to our thematic plan.

But with the increasing scale of the pandemic and then the lockdown, I grew concerned that studying Miyazaki and animation might strike a discordant note with the global crisis. But Miyazaki’s powerful worldview speaks to our times in striking ways yet again: the hidden terror of the natural world; the need for truth and compassion; the humanism in the face of adversity; all of these themes resonated strongly with the issues we face today.

It’s a common motif in the writing on Miyazaki to identify him as an artist concerned with environmental themes. That environmentalism implies—as it resonates with the political uses of the term—a concern over the disappearance of nature and the destructive actions of mankind. Yet Miyazaki said he did not want to be known simply as “Mr. Ecology”. His objection rightly insists on recognizing the greater complexity offered up by the natural world in his works.

Indeed, Miyazaki’s depiction of nature remains more complicated in ways that actually speak to the current pandemic. The fantastical naturalism laid out in his cinematic cosmos inspires both awe and beauty and toxicity and violence. In his films, humans often represent a threat to the natural world; but almost as often the natural world contains disturbingly ferocious threats to humanity.

Miyazaki’s films recognize untamed viciousness and violence (like a virus) and also the need for a strong response, like blunt truth and action, and compassionate connections to the community, to our fellow humans and the natural world.

In 1984’s Nausicaä of the Valley of the Wind (Kaze no tani no Naushika), for example, a future earth seethes with a lethal mixture of human waste and natural evolutionary transformations, an exotic blend of fungi, spore-clouds, and gigantic sentient insects, an ecology that owes as much to literary evolution (Ursula Le Guin’s Earthsea novels, Frank Herbert’s Dune, and Brian Aldiss’ The Long Afternoon of Earth) as to contemporary political observations. While human civilization fertilized this toxic ecosystem, it now runs dangerously amok, a seemingly unstoppable oncoming storm, with no hiding place.

Miyazaki’s world is an organic system of infections. Characters get infected by spirits, by living roots, by fantastical natural liquids, spores or sprites, or potions. The curse that infiltrates Ashitaka in 1997’s Princess Mononoke (Mononoke-hime), for example, seethes and surfaces in and under his skin like an insidious black liquidy worm. As one of my students noted, in Miyazaki’s films, “nature should not be taken for granted.” It is bucolic and brutal, serene and indifferent.

The students delved deeply into his work. In my previous encounters with Miyazaki’s films I had been somewhat puzzled by parts of them: the violence, for example, in otherwise serene settings, or the often, shall we say, eccentric narrative structures. Time and again, my students helped to clarify these issues for me. They unraveled his films and themes and style for me.

I had intended this unit to be a shared experience of research, exploration, and interpretation. Those goals carried over into our remote learning. In the end I learned more from them, I think, than they did from me. They stayed serious and true to our tasks despite the pandemic, and perhaps found some consolation in our academic continuity, the small collegial commune we built focused on Miyazaki’s art.

On another level, I think our focus on these beautiful films reminded us of what we’ve momentarily lost and what we hope to return to. When we talk about reclaiming some kind of normalcy—however different in ways it will surely be—part of that new state (and part of our hopes for its return) includes the capacity to enjoy entertainment, to study, appreciate, and admire culture on its own, without worry of utility and emergency, to appreciate even the silliest animation for its level of pure joy, of distraction, and also to engage with deeper, innovative, and humanistic work like Miyazaki’s.

A safe world, a world of community, custody, and benevolence, allows for such playfulness and joy. Our world right now weighs more heavily on us with the stress of life and death; but we deserve a world that can balance gravity and joy. These times and what follows resonate remarkably with the themes, concerns, and ethos of Miyazaki.

I’m heartened that my classes shared in a small part of that culture during this crisis. We ended our trimester with the promise of a reunion at the Miyazaki exhibition when it finally (and hopefully) opens in the spring of 2021.