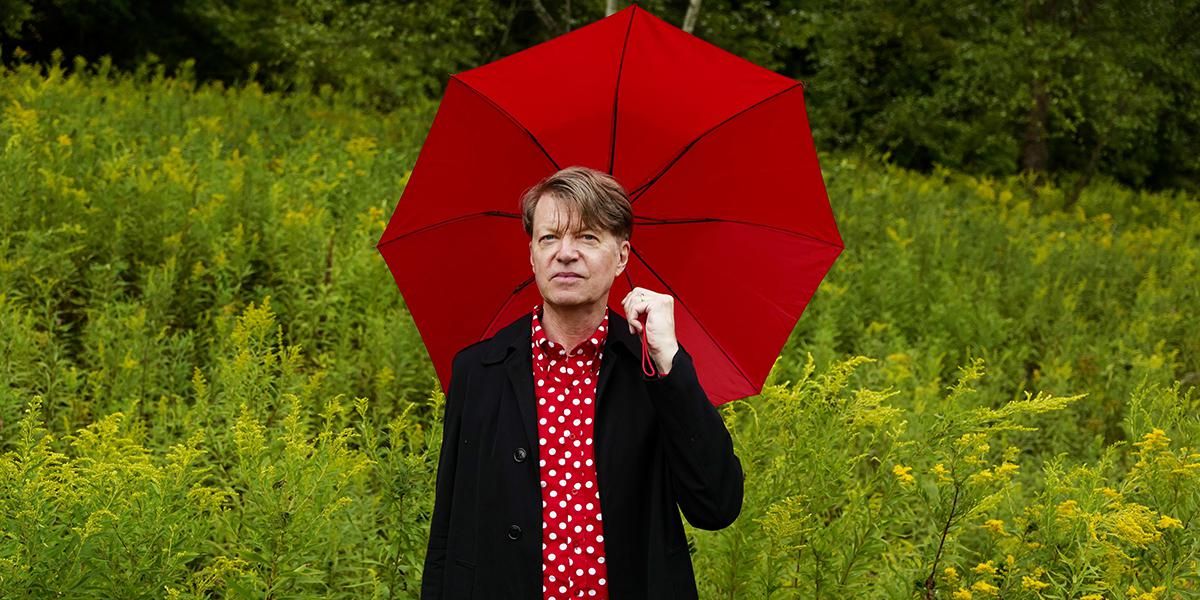 Guitarist Nels Cline has released his third album for jazz’s Cadillac label, Blue Note. In a sense, though, it is his first Nels Cline recording for the label. In 2016 he created something riveting in Lovers, a moody music project for his guitar with a larger ensemble. Then came Currents, Constellations, a set that paired him with guitarist Julian Lage in front of a sharp New York rhythm section of drummer Tom Rainey and bassist Scott Colley. Cline is nothing if not an eclectic musician, of course, so neither of these dates was out of character. Still, both were very specific—focusing Cline’s talent in a direction that was somewhat outside the rest of his discography.

With Share the Wealth, Cline has brought along his longstanding band, the Nels Cline Singers, with drummer Scott Amendola and bassist Trevor Dunn. Their energy and sonic exploration, established over years of playing and recording, is the spine of the date. But Cline has still made this one special with the addition of saxophonist Skerik, Brian Marsella on keyboards, and Brazilian percussionist Cyro Baptista. The result is one of the most appealingly quirky recordings of 2020. The band plays with a combination of discipline and freedom, managing to be highly melodic and out there.

Share the Wealth balances Cline’s interest in tradition and exploration. Cline can serve up big hunks of melody and appealing harmony in natural song forms when he chooses to. “Passed Down” fronts acoustic guitar and saxophone across a big sonic space colored by percussion, suggesting to us what he might sound like if he recorded for ECM records. It is not an arch or insincere conjuring, with the guitar bending strings to suggest a sitar at times, referring to players such as John McLaughlin and Ralph Towner without being derivative. “Nightstand” puts Skerik’s tenor and Marsella’s acoustic piano in the foreground, also ringing in that ECM mode and surrounding a precise guitar section. Alternately, “Beam/Spiral” gives our ears a gorgeous, consonant melody but pushed along by gentle but insistent Amendola cymbal shuffle and colored by electric piano chimes and impressionist guitar that finally combine into a throbbing joy. All, however, are powered by melodic generosity.

On the other side, Wealth serves up daring exploration. “Princess Phone” sports a one-chord, spaced-out funk jam that calls up the sonic memory of the classic Miles Davis tracks from the late ’60s and early ’70s. Cline’s wah-wah guitar sets of the groove for a Fender Rhodes workout and some conversation between Cline and Marsella that could boil water. A short fusion theme played by saxophone and guitar in octaves borrows the sound of other vintage fusion bands like Larry Coryell’s Eleventh House.

In contrast, “Headdress” is a slow wave of electronics, with synth waves washing over a slow, syncopated groove by Amendola. Skerik’s tenor floats out over it all with a blues melody, eventually doubled by Cline’s guitar. At times the sound and composition bring to mind those hip Soft Machine records from 45 years ago, but there are little twists and harmonic details that mark the music as Cline’s own.

The greater bulk of Share the Wealth sounds wholly original and pleasingly, propellingly so. “The Pleather Patrol” has a bumping funk bottom, with Dunn and Amendola bouncing with backbeat and pocket. Dunn plays fuzzy double-stops that have a bit of the play of Stanley Clarke, but the bass/drum track sounds more modern than a throwback. Keys and guitar litter the landscape with a thousand interesting scraps of ingenious sound. The opener, Caetano Veloso’s “Segunda”, also mixes convention and unusual brio—tension builds as Cline plays a simple melody over a thrumming pedal tone, but then Rhodes, saxophone, and guitar trade improvised phrases with increasing ferocity and atonal passion. Nothing explodes, but the lava of the band moves incessantly to overflowing.

When this band wants to play “out”, it knows how to create drama and interest. “Stump the Panel” is over 17 minutes long, but it sounds less like Ornette’s Free Jazz than a riveting hip-hop assemblage—except that the “sampled” bits of sound seem to have been assembled in real-time. Small bits of orchestration arrive, hooking ears, and then move on: a unison squiggle for tenor and guitar, a section of interlocking crystal chords/arpeggios, funky interludes in which every instrument seems to find a contrapuntal spot of tastiness, abstract melodic passages that hint at other cultures. “A Place on the Moon” is also an in-studio improvisation, but it creates a spacey, ambient space for free improvisation, grooving only briefly in a couple of spots before ending with Skerik’s most tonally rich playing on top of an analog/electric sea.