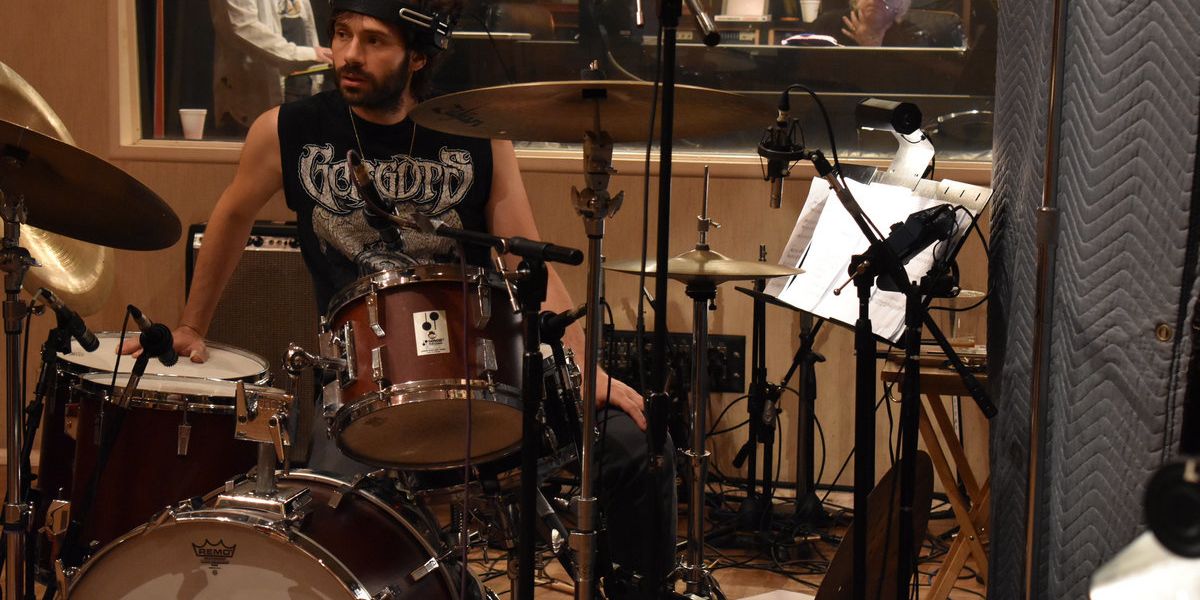 Why shouldn’t jazz and metal find a common cause? A good slice of both genres thrive and precision, complexity, and instrumental prowess. The composer (and sometime saxophonist) John Zorn put them together in bands Naked City and Pain Killer a generation ago. Now the drummer Dan Weiss has put together the band Starebaby to make the junction even more potent, gloomy, and impressive.

Starebaby’s second outing, Natural Selection, is simply more varied than its elevator speech might suggest. It is more varied and intriguing than the debut, featuring a less consistently doomy set of sonic constructions. The band’s superb keyboardists, Mitchell and Craig Taborn, get more moments to play beyond a strictly “metal” or electronica context, while Ben Monder’s guitar is given a varied set of roles, from biting to growling to atmospheric. The bassist Trevor Dunn rounds out the band, bringing his experience with Zorn and many other boundary-crossing projects.

Starebaby falls beautifully into the new jazz framework of complex composition that is willing to draw its colors and techniques from just about anywhere in world music.

Weiss’s resume includes various killer new jazz ensembles, including Rudresh Mahanthappa’s Indo-Pak Coalition fusing bebop and Indian music, a dazzling duo with pianist Matt Mitchell, his own piano trio, and too many others to count. His background is in South Asian tabla playing, classical composition, jazz, and doom metal. His desert island discs include Coltrane, Stravinsky, Metallica, Rush, Nikhil Banerjee, and Elis Regina. In short, he is a head-spinning musician—and a Gen Xer young enough to be utterly uninterested in any supposed genre-purity issues.

True, the opener, “Episode 18”, mimics “Episode 8” from the debut recording and presents as a pure metal anthem with Monder and Dunn playing a raging octave speed lick that Weiss joins with glee, leading to a slow, dark metal passage that segues into a synthesized mystery. But the bulk of Natural Selection plays more like a particularly imaginative fusion that happens to be unafraid of darker textures.

“Today Is Wednesday Tomorrow?”, for example, strikes me as entirely beyond genre, and hardly either metal or electronica. The gentle opening statement from Mitchell’s Prophet synth invites a beautiful wave of accompaniment from acoustic guitar, acoustic piano, electric guitar, and textural drums. It is the aural equivalent of a starry night—all sweeping wonders and light against a dark, ghostly backdrop, but never less than sumptuous, particularly as it develops into a slow, arcing melody traded between the synth and guitar. Weiss begins a stuttering groove in the background, however, with Dunn adding a thumping counterpoint. That leads into a blinking piano part, then two interlocking piano parts that make the last two minutes a hypnotic Morse code workout more reminiscent of Steve Reich than of Pentagram.

The 14-minute “A Taste of Memory” could barely sound less “metal” for its first stretch. A melancholy single-note piano line creeps in, low in the instrument’s register, reverberating across a sonic canyon, then limned with the gentlest synth. Weiss uses the METAL!!! implication of this band (including shadowed baby doll photo on the cover) to steel the listener for deathly power, and then he really shocks us with quiet. Which makes it more effective when the darker sounds do come.

So, “A Taste of Memory” then brings in Monder’s dark, fuzzed-out tones, yes, but the figures that take over sound more like fusion or Zappa, odd-metered counterpoint with a dose of buzzing unison as well. Eventually, this herky-jerky theme is played by piano alone, revealed as an angular pattern that might have come from Erik Satie if he just knew a bit of Thelonious Monk music. Dunn joins the theme an octave lower, then Weiss is back in on drums, and Mitchell’s ghostly synth becomes a wispy soloist.