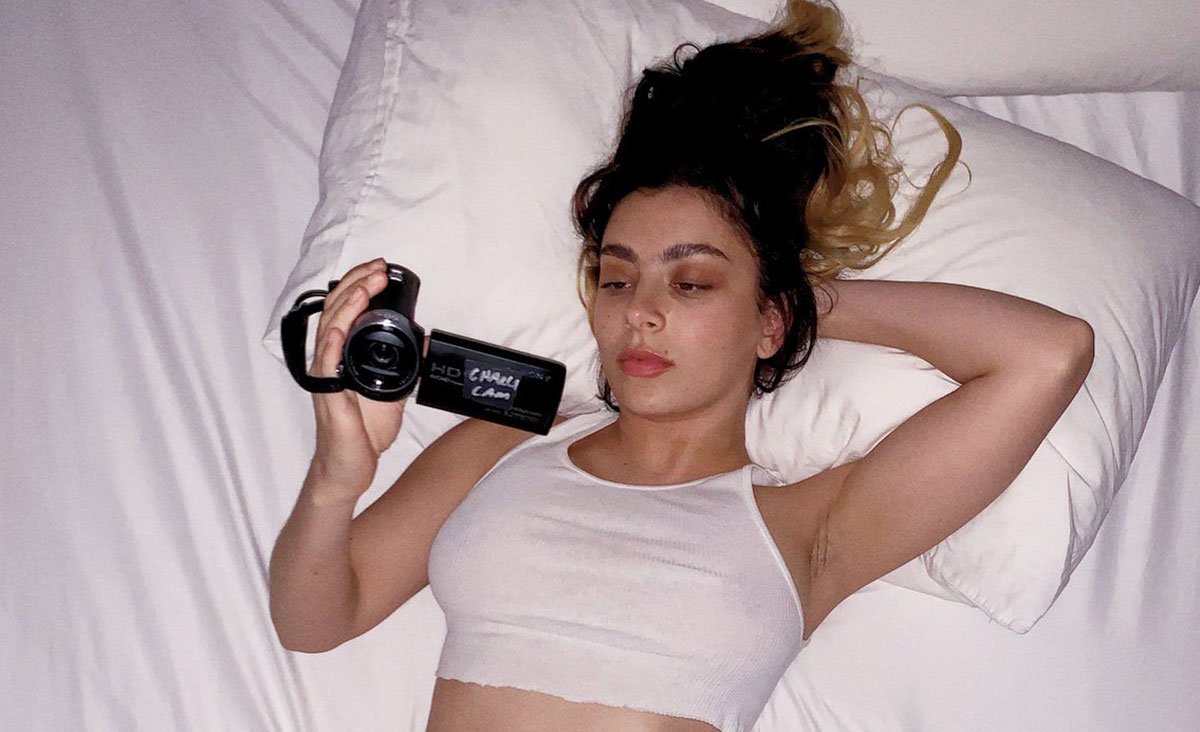 The British electro pop artist sings of love, loneliness, and solo partying across an album built in and made for this very moment.

How I’m Feeling Now, the album Charli XCX conceived and created entirely at home in quarantine in Los Angeles over the past six weeks, is instantly familiar to a lot of us at the moment. “I’m so bored/Wake up late, eat some cereal/Try my best to be physical/Lose myself in a TV show/Staring out to oblivion/All my friend are invisible,” she deadpans on “Anthems,” a song workshopped during a recent session on Instagram Live, the celebrity platform du jour. “Sometimes I feel OK/Some days I’m so frightened.” Say it louder for the people stuck in a depression nap.

Launching a creative endeavor in public feels somewhat incomprehensible right now when conditions for creating art are so uniquely discouraging. Charli began with a mid-March Twitter note, pondering questions that have become increasingly pressing as the music business scrambles to adapt to pandemic culture: When might it be safe to tour? Who will pay for artists’ work until then? Charli, a self-identified workaholic, forged ahead: She performed at the Minecraft music festival organized by 100  and hosts a weekly video conference with appearances by famous friends.

For those who’ve kept up with Charli’s unusually transparent creative process via interviews, , and screenshots, part of the joy of the new album is simply seeing how her song sketches and Notes app lyrics turned out. Those just tuning in may have missed the stress of a self-imposed May 15 deadline (she only just made it), and how quarantining with her boyfriend strengthened a previously strained long-distance relationship. How I’m Feeling Now is simultaneously a hopeless cry and a celebration of love recorded steps away from its object, with songs like “forever,” “claws,” “7 years,” and “ finally understand” devoted to sincere, immediate romance and pleasure.

Though How I’m Feeling Now doesn’t have the same reflective or celebrity guest list of 2019’s Charli, its sound is true to the sugary bounce of the club pop she’s explored since the Vroom Vroom EP in 2016 (A. G. Cook, Bon Iver collaborator BJ Burton, and 100 ’ Dylan Brady all receive co-production credits). While life shuts down, this music bursts out. Busy synthetic arrangements snake their way around Charli’s vocals, unmistakable even after they’ve been repeatedly pitch-shifted and filtered. “Claws” sounds like it’s being assembled in a canning factory, ascending a euphoric EDM build to a gaggle of dissonant, bionic vocal vibrations.

Opener “Pink Diamond,” a standard-issue Charli banger, makes only passing mention of pandemic life (“In real life could the club even handle us?”). But though Charli might role-play as a party-time pop android, the most enjoyable parts of How I’m Feeling Now come from a vulnerable person in conspicuous glitter armor. “I’ve been reeling for 12 days/When I start to see fear it gets real bad,” goes the tender-voiced first verse of “detonate,” a dispatch from the anxious early weeks of lockdown, when the days were still few enough to count. Even the simplistic premise of “party 4 u” takes on new meaning under the circumstances: “I only threw this party for you/For you, for you, for you.” Hey, it’s not like anybody else can come.

The sentiments read simply, but with the collective fear and uncertainty of pandemic still surrounding us, their meaning feels profound. As Pitchfork contributor Shaad D’Souza wrote last week, Charli’s music is not the pop of the future, but a pure expression of the present. By design, How I’m Feeling Now is so current that it’s hard to imagine its message resonating the same way when life begins to feel normal once again. It’s a cultural artifact from the ultimate liminal space, between the old, pre-pandemic world and an uncertain new landscape—why should it live anywhere else? Right now, even “forever” comes with a bittersweet caveat: “I will always love you/I love you forever/I know in the future/We won’t see each other.”

But Charli makes a lot of sense here, and she deserves credit as our most fully online pop star. She’s the ideal choice for a festival in Minecraft, where glitchy, pitched-up vocals and the occasional free-association nonsense lyric seem to extend naturally from the game’s surreal, hyperactive world. More than just an autobiographical document or a manifestation of Charli’s impressive work ethic, How I’m Feeling Now is her answer to questions about the viability of music in a crisis. It works better than anyone could have anticipated.