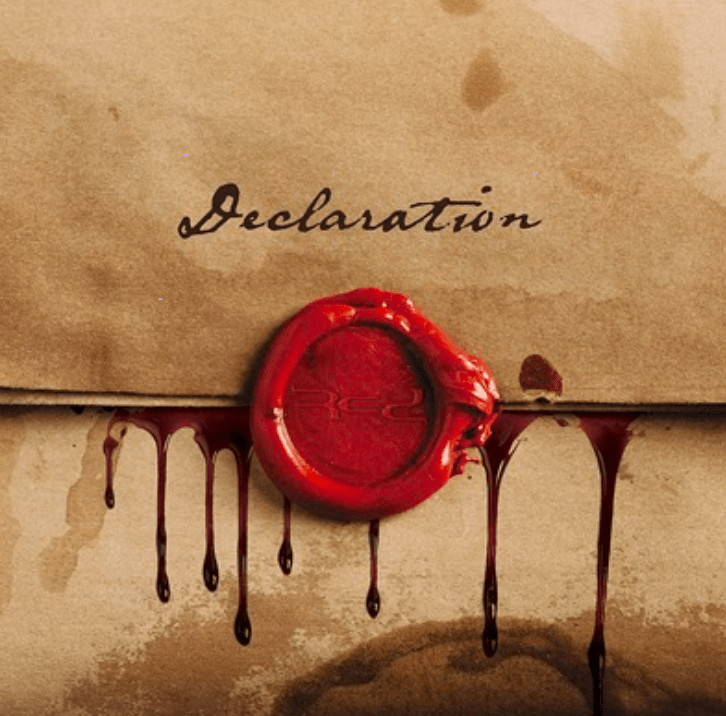 Red have been a mainstay in the world of heavy rock for several years. Their brand of metal has always been tinged with classical, almost symphonic melodrama. On Declaration, their first independently released album since expanding to a four-piece featuring drummer Dan Johnson as a permanent member, everything is, if you’ll pardon the terrible cliché, turned up to 11.

Though not a subtle piece of work, the compositional intricacy is inarguable, and the technical proficiency of the band is of the highest caliber. It’s almost as if the freedom of being an independent band has released Red from some unacknowledged shackles. Vocalist Michael Barnes lets it all rip at every given opportunity, particularly on the powerful bridge of “Cauterize” and the gut-punching “The Evening Hate.” If what you’re looking for is an all-out-aural assault, a brief moment of light, and a good deal of shade, then Red have certainly made a declaration you’ll want to join in hearing.