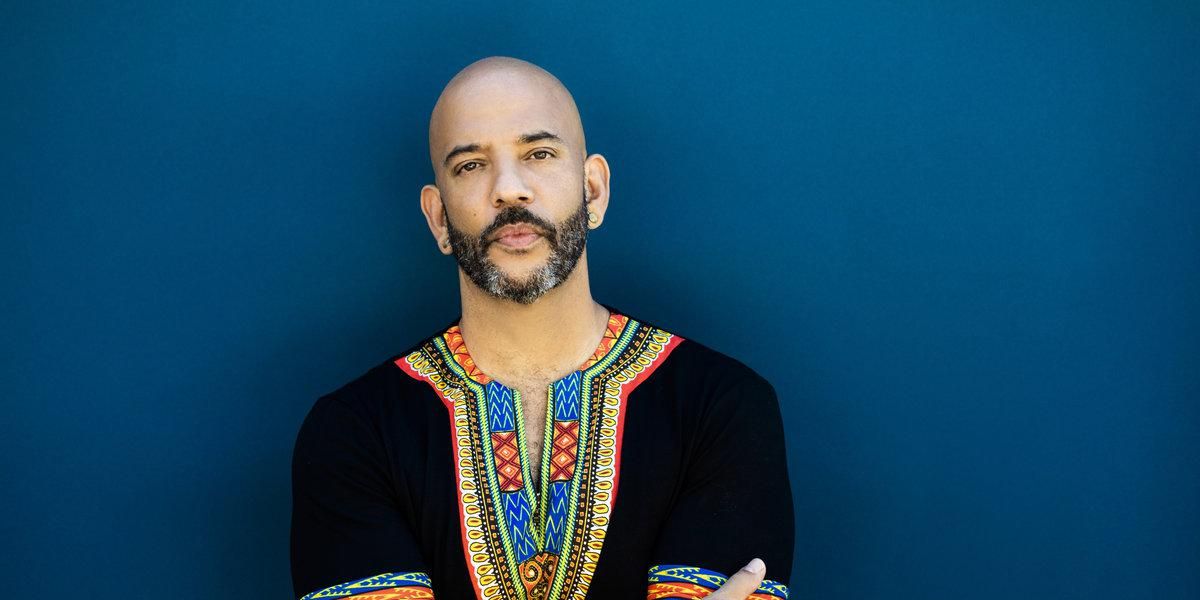 Bassist and composer Eric Revis has mainstream credentials through his membership in Branford Marsalis’ longstanding quartet. But his recordings, with a sturdy trio and larger groups, have tended to be more adventurous and varied, at the edge of the compositional complexity of the new jazz, though usually with plenty of grooves.

Slipknots Through a Looking Class combines his trio and his band with horns into a quintet featuring pianist Kris Davis, saxophonists Bill McHenry and Darius Jones, and drummers Chad Taylor and Justin Faulkner (on a couple of tunes). The fusion of these two bands brings the best of both into a common cause to make one of the best recordings of 2020. It’s probably wrong to attribute everything to Revis’s role as the band’s bass anchor. Still, these performances are indisputably rooted to the ground, with every composition building from a solid bottom, propulsive energy, a melodic center that holds. Every player is always in the center of the performance’s purpose.

Take “Spae”, a percussive jam interweaving bass, kalimba (thumb piano), drums, and piano. It is so interesting, even without a composed melodic line featured in the horns, because three or more melodic motifs are constantly pulsing through the groove, with Revis, Davis, and his percussionists all in synchronous connection. At the other end of the spectrum, there is “When I Become Nothing”. A stately jazz ballad, it moves in a swaying time that suggests feet placed firmly, one in front of the other. The horns sound in intimate unison for the melody before a second theme leads the band to a conclusion, Davis’ piano tickling the upper register as the horns mimic her. No one takes a solo, and every voice works together for a single purpose.

If the band always works in concert for one goal, that goal and intended mood shifts from tune to tune. The sinuous and slinky “Earl & the Three-Fifths Compromise” in a hip-shaking 5/4 time, and it slyly moves blues phrases across the landscape with the skill of a great cinematographer. It invites the horns to take their time—so Darius Jones plays long, quiet tones at the start of the improvised section, with McHenry creeping in around him. Each player takes his easy time, allowing the other to slither around his line. The two drummers are doing the same thing beneath it all, as Davis colors on the keyboard and Revis remains resolute on the bottom. It is one of the most marvelous collective improvisations of the year, but it remains true to the composition’s mood at every turn.

Utterly different but single-minded in its mood is “Vimen”, which begins with a frenetic improvisation that clatters with polyrhythmic joy. First, Revis improvises in blues-drenched bends and slides. Then Davis plays with two-handed virtuosity over the rhythm section, only to be met by the horns at the four-minute mark, playing a leaping melody voiced in octaves that leaves great holes that the rest of the band keeps filling. Jones and McHenry take solos that maintain the composition’s abstract quality, each using careful attention to their instruments’ vocal qualities to make each quaver interesting.

Other moods demonstrate the range of this band and Revis as a composer. “House of Leaves” is dark and mysterious, suggesting itself as a soundtrack to film sequence: a detective following shadowy clues through an empty alleyway, perhaps. “Baby Renfro” is strutting and irresistible with McHenry and Jones punching horn blasts like they are the JB horns riding a danceable polyrhythm. Jones contributes the uptempo “Shutter”, which is set to a slamming 8/8 snare pattern that explodes out into a wonderful release, with both saxophones growling and braying, sounding like the forces of nature that Jones and McHenry genuinely are.