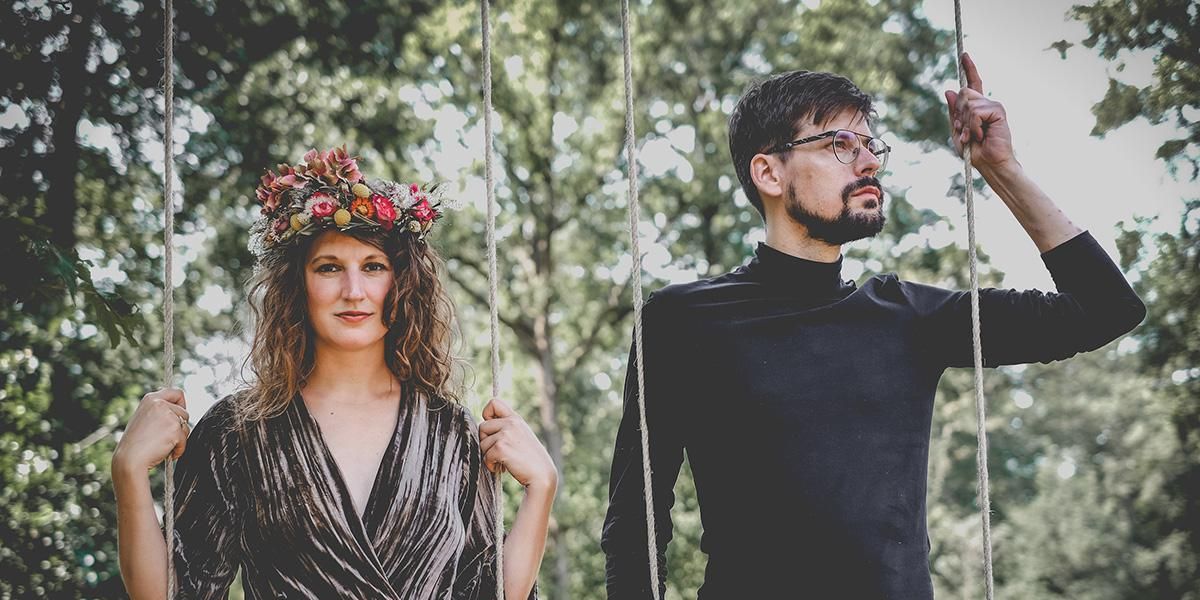 The Netherlands’ ISLE are an indietronica duo that incorporate folk and classical elements into their sound. ISLE’s latest single, “Lone Wolf”, is a dreamy pop number that employs sweeping strings to create a sense of vast atmosphere, while the light vocals float along the top with jazzy little flourishes. The song evokes the best of orchestral pop as well. Juxtaposing electronic and organic elements is the approach the duo take with their music to create lush, warm spaces for Lise Low’s honeyed vocals.

Low and Arjan De Wit are the pair that comprise ISLE, and “Lone Wolf” is the fourth single from an upcoming album project. “‘Lone Wolf’ is an expression of light-hearted self-mockery, voiced through a dreamy song with an animated electro-acoustic arrangement.” They list Björk and Ane Brun as their two most significant influences, making sense given ISLE’s sophisticated approach to art-pop.

“We had a lot of fun recording the strings live in a little church with beautiful acoustics, and playing around with the studio musicians, finding the right edge we wanted for this song.”