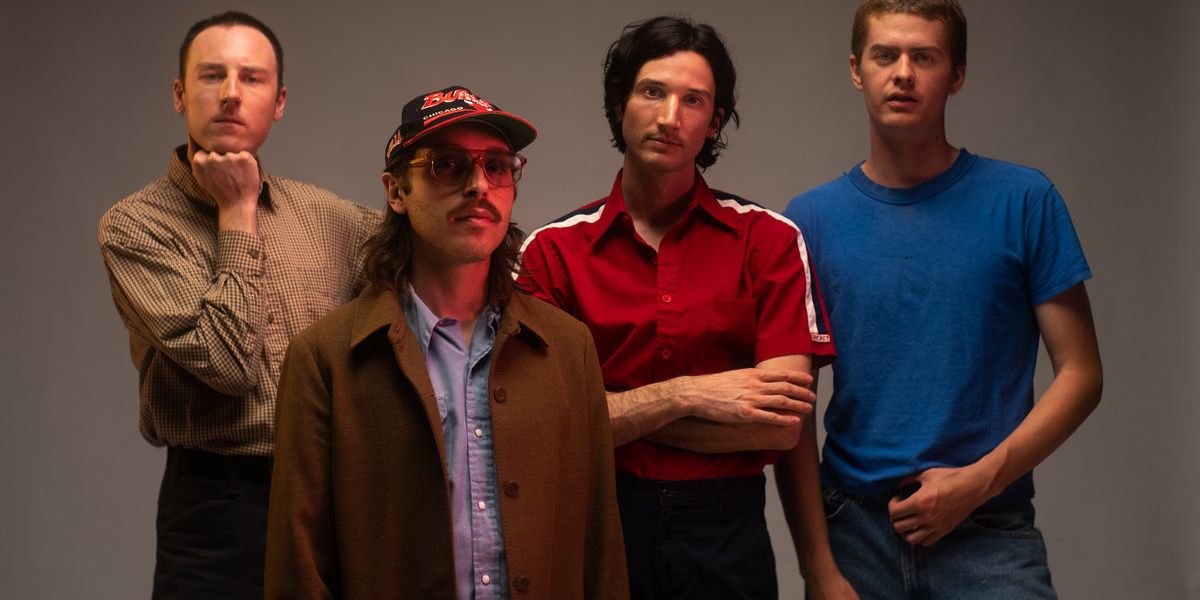 Pleasure Line, Video Age’s third album, is a pastiche of 1980s synthpop. This is interesting, because the band didn’t start out that way. Listening back to tracks from their earlier albums reveals a band that began with some rough edges and occasional jagged guitars. Their second album, Pop Therapy, found them drifting more into a specifically 1980s-inspired brand of synthpop. But with Pleasure Line, those rough edges have been completely sanded off and the guitars are as smooth as, well, smooth jazz.

Pleasure Line has the 1980s sound down pat. Sonically, these songs could have come straight out of 1985. It’s an impressive imitation. But do Video Age put their own spin on this music? Do they add any sort of 2020 twist? Not really. So how’s the songwriting? Are the songs good enough to be more than just a slavish regurgitation of a specific era? Ehhhhh, occasionally, I suppose.

A song like “Maybe Just Once” shows some life beyond its basic sound. It has a shimmering synth riff that ends up being the melody for the oft-repeated refrain, “Maybe just once.” The lyrics insist of a potential lover, “My heart never lost a beat on you”, but then that refrain sneaks in to admit, “Maybe just once.” The combination of self-deprecation, strong riff, and a guitar and synth duet that also echo the main riff, really make the song work. “Shadow on the Wall” puts in the work to replicate 1980s funk. It’s all here: disco rhythm guitar, grooving piano, wobbly analog synths somewhat buried under layers of high-end tinny keyboard sounds, bass that pops but not too much. It’s a great reminder of what the deep funk of the 1970s had curdled into by the mid-1980s. Fortunately for Video Age, the song itself, about dealing with anxiety by denying it power (“You’re just a shadow on the wall / You don’t mean nothing at all”), is good enough to make this sound palatable.

Sadly this isn’t the case throughout the album. Sometimes a certain element lifts the song above the pastiche. “Sweet Marie” has a cool synth (guitar?) steel drum tone that’s striking and keeps the track from completely drowning into ballad schmaltz. “Aerostar” is a high-energy goof about driving the titular Ford minivan around town that commits to its silly premise so thoroughly that it’s infectious. Closer “Good to be Back” opens with slow washes of synths before turning into a 1960s-inspired Britpop track. It’s still filled with synths, but the vocal melody and deliberately plucked bass are pure Beatles. It’s a nice curveball to finish out the record.

A song like the title track shows the limitations of Video Age. “Pleasure Line” has all audio the hallmarks of a Thompson Twins or OMD knockoff without anything to really set it apart. It’s precise, but it’s also rather dull. “Blushing” combines the romance of “Maybe Just Once” with the funk influences of “Shadow on the Wall” without really coming up with anything melodically or musically interesting. “Comic Relief” has rainy day melancholy, but when that melancholy is driven by a song that sounds largely inspired by Stevie Wonder’s “I Just Called to Say I Love You”, it’s not particularly worthwhile. “Meet Me in My Heart” is a cheeseball ballad inspired by 1980s Chicago (the band) that comes off more like the limp third or fourth single from Michael Bolton or Richard Marx that you (or your parents) barely remember, except without the powerhouse vocal chops to make it even close to listenable.

Pleasure Line shows that Video Age clearly have the musical chops to pull off a precise pastiche, but it also shows a band that maybe went too far down that rabbit hole. If half of your songs are going to be exactly as cheesy and grating as the worst synthpop hits of the 1980s, maybe those songs need a little something more to them. That’s too bad because the other half of the record does show some creativity. This leaves the album as a whole strictly average, but 1980s synthpop aficionados may get a kick out of it.