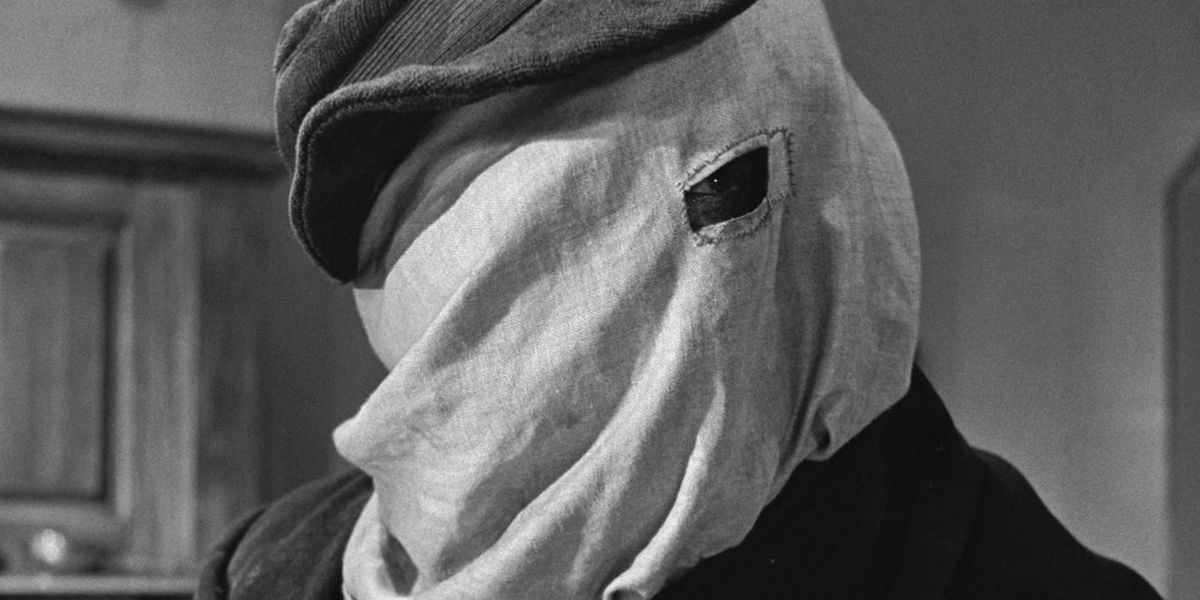 From the circus sideshow to the examination room at the London Hospital to the society page’s headlines, Joseph Merrick—known popularly as the Elephant Man—lived his entire life in front of the wide eyes and gaping mouths of other people.

Born with several debilitating deformities, including an oversized skull, Victorian-era England was mystified and horrified by Merrick’s condition. It was so unusual, in fact, that it turned him into a media sensation after being discovered by surgeon Frederick Treves.

Once he was invited to live in the London Hospital permanently, Merrick became a fixture of London society; those previously terrified by his appearance were taken aback by his intelligence, sensitivity, and appreciation for arts and culture, qualities which developed steadily once he was removed from his squalid surroundings and painful past. Yet even as Merrick grew into his own, challenges remained. Paraded in front of London’s upper class’s rich and powerful rather than the impoverished sideshow audience of his youth until his death, Merrick could never escape a life as a curiosity.

It’s this story of impressions and observances that informs David Lynch’s 1980 biopic of Merrick (whom the film calls John Merrick), The Elephant Man. Through Lynch’s oblique filmmaking, Merrick’s life becomes a delicate portrait of unconditional compassion that doubles as a powerful examination of a real-life character in the stratified society of Victorian England.

One of the popular surrealist’s few work-for-hire feature films, it remains one of Lynch’s most atypical projects, at once adopting the conventional beats of the period biopic form and at the same time hinting toward the abstract imagery and intuitive world-building of the director’s debut film,

Eraserhead (1977). Despite its stylistic separation from the rest of Lynch’s filmography, it has since become the key to understanding the transcendent, empathetic approach which underlies each of his film and television projects.

By all commercial filmmaking laws, a mainstream studio adaptation of Merrick’s life story should not have worked, and least of all with the still unseasoned Lynch involved. The film industry has learned over time that films about disability or disfigurement sell best as a tragic spectacle or manipulative, feel-good pablum—acts of marketing hope and happiness in the status quo to people with already comfortable lives. The Elephant Man, though, is unique in that it challenges as much as it comforts its audience. It’s as much a life-affirming parable as it is an exercise in reorienting the boundaries of what we recognize as human and how we define the inhuman. Its message is profoundly simple yet necessary: we’re all built the same under the skin.

At its core, The Elephant Man is the story of the friendship between Merrick (played in the film by John Hurt) as a curious pupil and apprentice and Treves (Anthony Hopkins) as a stern but compassionate teacher. At first, frustrated by Merrick’s staunch reticence to open himself up, Treves dismisses him as a lost cause, but, disturbed by his mistreatment at the freak show run by the wicked Bytes (Freddie Jones), Treves invites Merrick to take up residence at the London Hospital.

It’s that determination and kindness that ultimately provides Merrick with the sense of security he needs to feel comfortable to embrace his passions. Treves graciously pushes through that impulse to dismiss out-of-hand those he doesn’t immediately understand, reminding us of the difficult work that real empathy involves.

Anthony Hopkins as Frederick Treves (Courtesy of The Criterion Collection)

First impressions are inherently shallow reactions to superficial appearances. Those afflicted with medical deformities like Merrick’s are likely to short circuit the typical psychological responses that we use to identify human faces and features; to an extent, it’s only natural to immediately react to such afflictions with awe, confusion, or perhaps even shock and fear.

As a surgeon, Treves is initially intrigued by Merrick’s deformities, then aggravated by his learned self-suppression, but he fights those attitudes in himself valiantly.

Others react differently but follow a similar trajectory; at the London Hospital, when a young nurse (Lesley Dunlop) opens the door to Merrick’s room and sees him shirtless in bed, she shrieks and recoils in horror. Her initial response is not intended to be malicious (as we see later, she and the other nurses come to care deeply for the exceedingly sweet Merrick). Still, it’s an organic first response to the unknown that Merrick represents. Such reactions are only an extension of our animal impulses, but humanity has, at least to some degree, progressed beyond such primitive judgments. It’s not first impressions that matter as much as the ways we work to move beyond them, as Treves’ story illustrates.

Of course, not everyone evolves into such understanding and nuance. Merrick’s film version is constantly tormented by Jim (Michael Elphick), a stoker at the hospital who sells tickets to see Merrick in his room after hours. When Treves discovers Jim’s dastardly plot, he explodes in a fury, bellowing at him, “You’re the monster! You’re the freak!” Treves’ reaction results from his journey with Merrick—and that of his colleagues—during which he comes to understand that humanity is not something immediately apparent from one’s outwardly projected image. Rather, humanity describes how we interact with others and share our lives and our world. Far more inhumanity exists in Jim’s base cruelty than in Merrick’s tragic silhouette.

Indeed, such ideas are lost on those in our real world far too often; after screening The Elephant Man before release, a Paramount executive reportedly referred to it as a “monster movie”. We live in an instinctively reactionary culture, but The Elephant Man is about the importance of looking beyond those first glances and understanding beyond those first impressions.

I’ve heard it said that Lynch was the wrong choice of director to shepherd the story of Joseph Merrick to the screen. After the exaggerated gross-out effects of Eraserhead and his early short films, one might understand being wary of Lynch failing to bring the necessary gravity to a dramatized portrayal of Merrick. But this idea betrays a fundamental misunderstanding of how Lynch uses violence and trauma to explore how human virtue can still survive in such adverse conditions.

Nothing about The Elephant Man is gratuitous or exploitative. For example, the makeup painstakingly recreates the actual structure of Merrick’s skeleton, and the results are not funny, extreme, or grotesque, but real and powerful. The Elephant Man is one of Lynch’s most straightforward films in style and message, but what it delivers has proven to be the elemental piece of each one of his films since. The Elephant Man is a vital reminder to seek the humanity in each other.

The Criterion Collection’s presentation of The Elephant Man is excellent. The film’s black-and-white photography is cleanly reproduced, and the audio, as crucial to the film’s unique atmosphere as its visuals, is duly vivid. There have been complaints across the internet about Criterion choosing not to wade into the 4K market (with their recent special-edition of Parasite , and this release, in particular, given both films are offered in 4K elsewhere). Still, there’s no doubt this is the best looking and sounding version of the film available on standard Blu-ray.

The special features include a range of archival materials and more recent extras. In separate interviews, David Lynch and John Hurt discuss their on-set relationships with cast and crew, the challenge of avoiding the exploitation of Merrick’s story, and the film’s explosive word-of-mouth reception. Stills photographer Frank Connor talks about his career, the unique duties of a stills photographer on a film set, and the emotional experience of shooting The Elephant Man.

In a 2018 presentation at the BFI, producer Jonathan Sanger reveals how he got involved with The Elephant Man, how he organized the first meeting between Lynch and Mel Brooks, and how he handled challenges with the film’s production. The set features a few documentary programs: one about makeup artist Christopher Tucker’s process, one about Merrick’s real-life story, and another that includes interviews with much of the aforementioned crew plus executive producer Mel Brooks.

Audio recordings feature heavily in the extras: there’s a reading from chapters of Lynch and coauthor Kristine McKenna’s 2018 book Room to Dream concerning The Elephant Man, an audio recording of Lynch at an American Film Institute Q&A in 1981, and radio ads for the film. Rather than an essay, the booklet provided in the special edition includes a 1886 letter from London Hospital chairman Francis Culling Carr Gomm to the editor of the London Times, as well as excerpts from Chris Rodley’s book Lynch on Lynch (2005). While it lacks newly produced supplements, Criterion’s new edition of The Elephant Man makes up for it with the sheer scope of content available in the package.