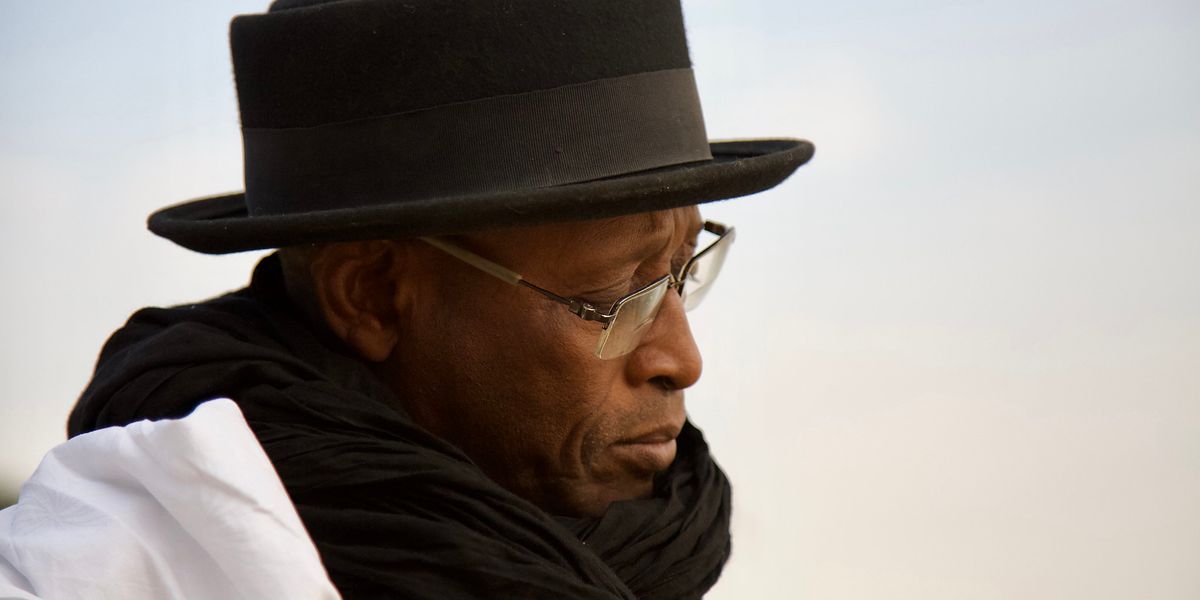 The first notes of Afel Bocoum’s Lindé are soothing and subtle, earthy strings and percussion walking in step with the artist’s gentle voice in an evocation of the album’s namesake space, a wilderness near Niafunké. The opening track “Penda Djiga” builds quickly, though, a whole host of guitars and background chorus adding rich textural layers that lead into a climax of psychedelic strings carried higher with the help of Vin Gordon’s powerful trombone. Sonny Johns, Dramane Touré, and Garba Touré are all credited with guitar parts on this track alone. Each guest and new sound is a careful addition. From the start, Bocoum promises to deliver heartfelt folk sounds set in tasteful sonic gold.

Lindé‘s formidable guest list and each song’s meticulously organized structure hardly come as a surprise. Damon Albarn and Nick Gold serve as executive producers, while Paul Chandler and Mark Mulholland produce. The latter has been key to such releases as Afro-Haitian Experimental Orchestra and Tamikrest’s Kidal in addition to being part of Alba Griot Ensemble, whose sublime 2018 album The Darkness Between the Leaves was one of my favorites of the year. Together, they make for the perfect personnel to make space for Bocoum’s intensely personal and often political songs, arranging them in often unexpected ways that make for an utterly eclectic mix of tunes.

That range is evident as soon as Gordon’s horn returns to open second track “Bombolo Liilo”, a reggae-infused jam that joins Gordon’s Jamaican background to Bocoum’s home nation of Mali with kora flourishes. “Dakamana” follows, an acoustic piece that leans less on surprises and more on the intricate guitar skills of collaborator Mamadou Kelly. “Fari Njungu” draws in Joan Wasser on airy violin, a blend that sounds utterly organic. Such seamless aesthetics are what the album strives for throughout in spite of the surprises; solemn “Jaman Bisa”, groovy “Avion” and “Kakilena”, and bluesy “Sambu Kamba” and “Yer Gando” all see Bocoum firmly at the helm of his own sound.

The final track, “Djougal”, makes for a perfect finale. Majestic and slow for the first minute or so, a welcome guest soon joins to drive the track forward: departed master drummer Tony Allen himself, his constantly moving beats as distinct as ever as they roll through the song with cool jubilation. It is, of course, a bittersweet experience, as is the rest of Lindé. Celebrated calabash player and Ali Farka Touré collaborator Hama Sankaré, who died almost exactly a month before Allen after being hit by an IED, appears on eight of the album’s tracks.

Graceful and expansive, Lindé is a wonderful addition to Allen’s and Sankare’s respective legacies and a showcase of talent from within Mali and beyond. Oumar Konaté and Leila Gobi are among the internationally-known names here as well, with Gobi’s high, strong voice an incredibly important part of the backing chorus.

Afel Bocoum, though, is ultimately the heart and the hub of his work. He sings here of friends and family, daily work, and hopes for peace and national unity and pride. His sincerity resonates, his voice inspires, and his easy, understated charisma makes him a capable leader of a varied group of musicians. Lindé is a well-polished triumph of musicianship and craft.