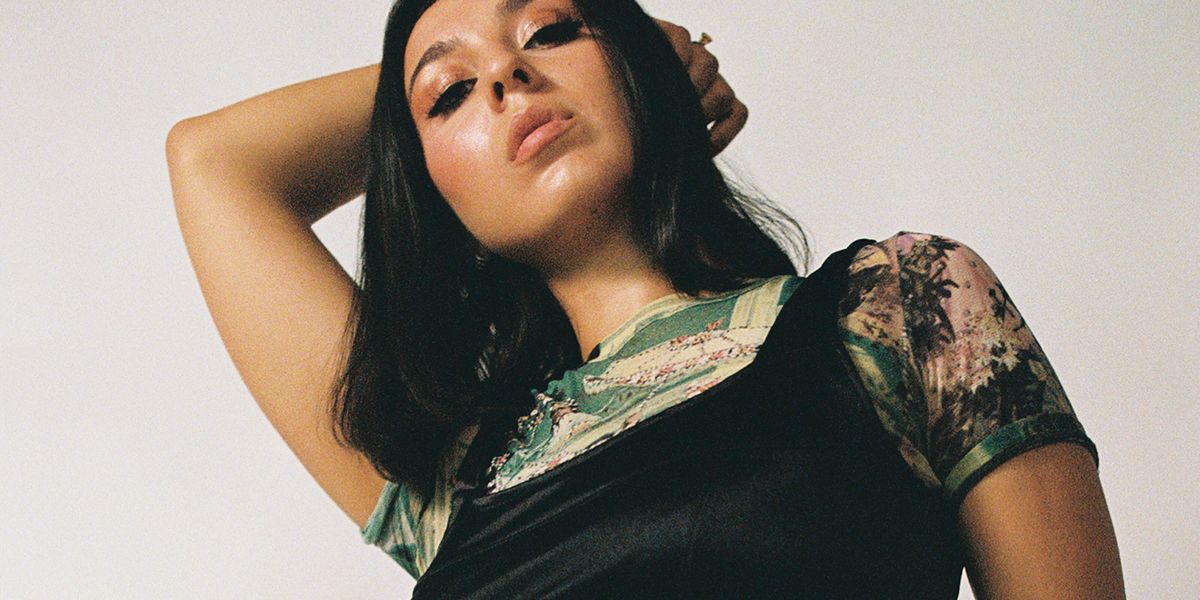 “Bionda”, the new single by Lita, an Italian singer relocated to Los Angeles, sounds totally contemporary in its arrangement and production. The song’s roots, however, can be traced back a century ago, to Northern Italy. During World War I, under the title “Tutti mi chiaman Mario” (“Everybody Calls Me Mario”), it was a kind of murder ballad, narrated by a soldier who kills a woman who has left him for another man. In another version, “Tutti mi chiamano bionda” (“Everybody calls me Blondie”), the narrator is a woman who, though apparently blonde, actually has hair “black as coal” that she dyed to conform to an Alpine ideal of female desirability.

Lita wrote new lyrics that recast the bionda as a young woman from the Trastevere district of Italy’s capital who is struggling with addiction:

Bionda di capitale Trasteverina
Tutto le andava male una mattina
Lei se ne andò a cercare la medicina
Ma niente la può curare
Da quello che non ha
(Blonde from the capital, Trasteverina
Everything went wrong with her one morning
She went looking for the medicine
But nothing can cure her
From what she doesn’t have)

Unlike the earlier versions, Lita narrates the sad story in the third person. But “Bionda” retains the song’s melody, with modern production techniques and a bit of Auto-Tune on her vocals. The guitar and accordion accompaniment mark the song as quintessentially Italian, and except for one English verse, Lita sings in her native language.

The song has personal and nostalgic significance for the singer, born Lilian Caputo in Rome.

“‘Bionda’ is a super important song to me,” she says. “When I was little, my grandma would always sing us songs from her childhood. One of them was ‘Tutti mi chiaman Mario’, a folk song from World War I. ‘Bionda’ is the first song I wrote in Italian since I moved to the States, the first song that made me feel reconnected to my roots. It’s a story I needed to tell and one that brought me back to the streets of Trastevere.”

Marion S. Jacobson, in an essay titled “Musical Performance and Repertoire Among Northern Italians” (anthologized in Italian Folk: Vernacular Culture in Italian-American Lives, edited by Joseph Sciorra), observes that the song is one of the best-known and most popular examples of the Valtaro tradition, “a song repertoire and style of Italian accordion music with roots in 19th-century Europe.” Although “lilting waltz melody” and the use of accordion link it to Northern Italian tradition, the song has been adopted by Italians in other parts of the country, as Lita’s Roman childhood experience attests. And, as Jacobson notes, it was brought to North America by Northern Italian immigrants, where it and others from the Valtaro repertoire became “part of the memory culture of all Italians, Northerners and Southerners.”

Lita’s 21st century “Bionda” is, then, the latest instance of an old Italian song, whose original authorship is obscure, crossing time and space, changed by the journey yet retaining what made it beloved in the first place: its earworm melody and melancholic, even tragic mood. Its trajectory is not unlike that of “Bella Ciao”, originally a song of women who labored in the rice fields of Northern Italy that became better known as an anti-Fascist anthem of Italy’s partisan fighters. (In yet another version of “Tutti mi chiaman Mario”, by the singer Enzo Jannacci, the title character becomes “Cesare”, a partisan fighter.)

Lita planned to make a video for “Bionda” in Trastevere, but the COVID-19 lockdown in Italy made that impossible. Instead, she teamed up with an animator, Plamen Dimitrov, to recreate the Rome neighborhood.