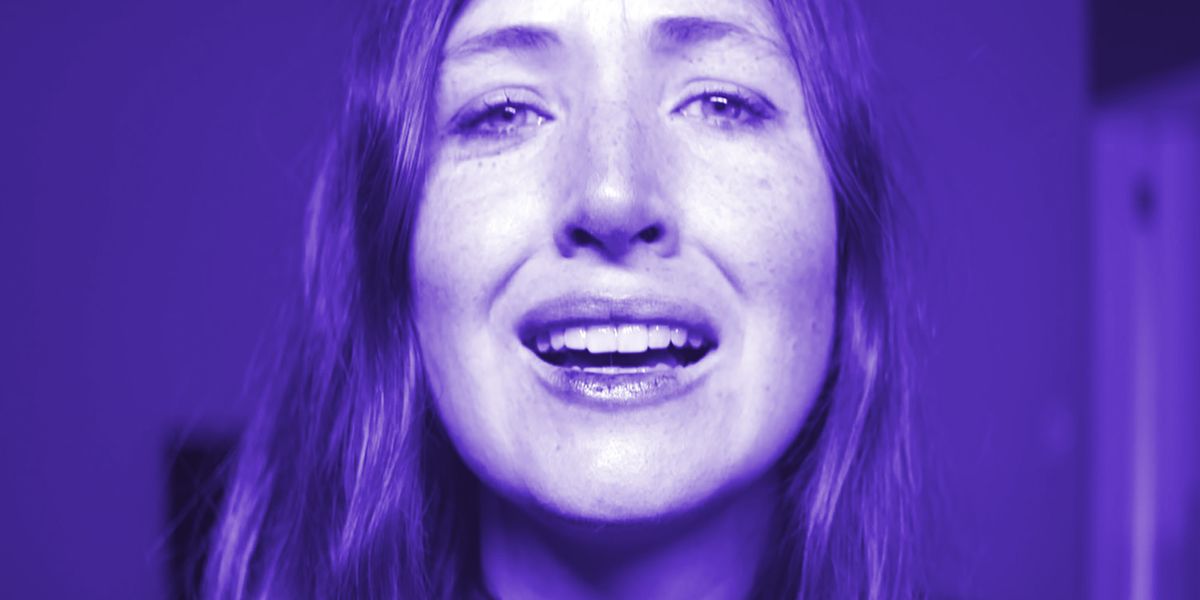 Amy Seimetz’s sophomore feature, She Dies Tomorrow (2019) leaves little to the imagination. Its premise is as simple as its title – a woman, Amy (Kate Lyn Sheil) wakes up from a dream and thinks she’s going to die tomorrow. She’s a recovering alcoholic, and when her friend Jane (Jane Adams) arrives at her new house and finds empty wine bottles in the kitchen, she immediately dismisses Amy’s paranoia because she’s “loaded”. Soon the paranoia spreads, and Jane, her brother Jason (Chris Messina) and his wife Susan (Katie Aselton), all begin to think they’re going to die tomorrow.

Death has been a recurring preoccupation for filmmakers, who have presented it in a physical, spiritual and paranormal form. From death as a hitchhiker in Fritz Lang’s silent film Destiny (Der müde Tod, 1921), to the grim reaper playing a game of chess with a knight in Ingmar Bergman’s The Seventh Seal (1957). In more recent years, it was spirits, including one’s struggle with earthly separation in M. Night Shyamalan’s The Sixth Sense (1999), and as fate in The Final Destination (2000-2011) series.

Seimetz is playful with her contribution, presenting death as a dream or flashing lights that transmit from person to person. She doesn’t present the cause as a traditional pathogen, but as a contagious paranormal sensory awareness of death. Regardless of the form it takes, the commonality that links these films is that they show death as being arbitrary.

One of the ideas that interests Seimetz is the sense we have of our mortality. In the middle of a conversation at Susan’s birthday party, a grown woman obsessed with dolphins fucking, Jane quotes the French philosopher Albert Camus: “Humans are the only animal or creature that pretends to be what it’s not.” She incorrectly quotes him, but no one is aware. The actual quote reads, “Man is the only creature who refuses to be what he is.” Jane is referring to the certainty of death and our complacency towards this inescapable truth.

A more apt but less subtle quote would have been from the French-Romanian philosopher Emile M. Cioran, who wrote in his 1934 work, On the Height’s of Despair (Pe culmile disperării), “One of the greatest delusions of the average man is to forget that life is death’s prisoner.”

It’s not about delusion or denial, it’s the practice of compartmentalization. We are programmed to compartmentalize our experiences and what we know. This mechanism allows us to work and to live life, without which we would be slaves to fear. So many of us live expecting to wake up the next morning, gauging our aspirations according to our age, betting on life expectancy as some sort of assurance of the time we have remaining.

In She Dies Tomorrow, this defence mechanism is penetrated and the characters are forced to face their mortality. The film is an awakening of anxiety for the characters, who respond differently. The audience also share in their anxiety. It makes us face our mortality. Would we want to live a life motivated by knowing the day of our death, or is continuing through the practice of compartmentalization preferable? The choice is the anxiety of knowing versus not knowing, but again, our lives move along to the beat of death’s drum, and the true anxiety is in neither, it’s in a humbling lack of control.

Seimetz combines comedy and drama with a haunting and disquieting effect. She steers away from horror while still telling a story in the form of a nightmare. Where the film becomes interesting is in the question, who’s nightmare is it? It’s possible that the film is a dream inside of a dream — Amy’s inside of the filmmaker’s.

The first 15-minutes is repetitive as Amy wallows in a depressive state. She drinks wine and repeatedly listens to Mozart’s Requiem. The abstract visual transitions that transport us through the timeline of her depressive stupor are similar to the framed pictures of Jane’s art work that we see hanging on the walls in her brother’s house. This is deliberately pointed out when Jane first arrives at the birthday party.

The opening and ending of the film also supports reading the story as a nightmare, and the abstract images are important because they suggest we are experiencing Amy’s nightmare. But is it her mind threading together its narrative, or is the filmmaker using a visual cue to insinuate it as such?

If the film is Amy’s nightmare, it conveys the limitations of film to express our dream state. As a dream it’s merely seen from a conscious and narrative perspective, influenced by our ability to place ourselves as players in a drama upon the stage of life. It’s a heightened sense of one’s reality that can feel real, however it’s not, nor is it the same as dreaming.

We’re influenced by narrative and we can consciously dream of ourselves as victims of despair, hopelessness and sadness. The opening scenes are more of a self-conscious and anxious stupor as Amy sinks into her own narrative of despair. This doesn’t make it any less of a nightmare — it’s cinema doing its best to mimic the dream experience. It lacks honesty in the same way as how we compartmentalise and shield ourselves from our mortality does.

The conflict between character and filmmaker is interesting because of the way the filmmaker presents a character dreaming, such as we these abstract images, feels contrived and unnatural. It asks the question whether it’s possible for cinema to authentically convey a dream, or like death, is it something beyond our control?

She Dies Tomorrow lacks the narrative focus of Destiny, The Seventh Seal and The Sixth Sense. It has more in common with the end of the first Final Destination film. It’s an ending of convenience, but not the end — complete and incomplete. The cinematography and visuals lend it a vibe that asks for us to see it as a piece of art, as much as a narrative.

The first 15-minutes, coupled with the Requiem gives the film a transcendental quality. It’s cinema as music, where one feels like they’re seeing it as a film, but it’s also like music that can only be felt. Amy’s silence, the camera observing her despair, and the beauty of the Requiem is like watching a live orchestra, but the real experience is in how the music makes us feel. This feeling recurs in later scenes scored by the Mondo Boys, and is less noticeable in the scenes with the other characters.

I recall hearing producer Lawrence Bender talk about how Samuel L. Jackson had a knack like no other actor for Quentin Tarantino’s dialogue. The perfect harmony of Seimetz’s writing and Sheil’s performance strikes me as being similar. There’s that indescribable presence that Sheil has – an aura. There’s something about her that she cannot express through words or silent gestures, which makes her the tantalizing soul of the film.

It’s a hypnotic work that is difficult to forget. Many will see She Dies Tomorrow as an imaginative genre picture, which it is, but scratch its surface and beneath the visual flare and playfulness with a contagious thought or idea, it’s a deeply human film. In psychology the events would be rooted in anxiety theory and the “stress contagion”, as well as journalist and author Malcolm Gladwell’s concept of “social contagion”. At its most human point it conveys the angst that sensitive and empathetic personas are riddled with, because they’re more susceptible to the energies of others. It may not be a conversation starter to confront our Darwinian society of the survival of the strongest, but at its heart She Dies Tomorrow is not only about the anxiety of dying, but also the anxiety of living.