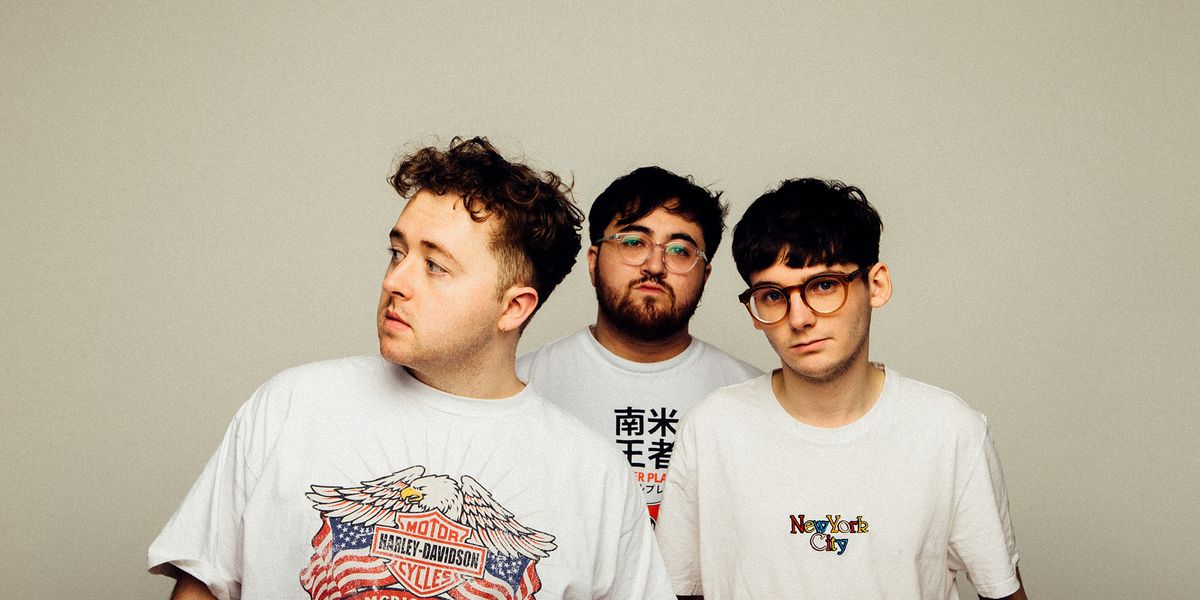 Vistas are a trio hailing from Edinburgh, Scotland, consisting of vocalist Prentice Robertson, guitarist Dylan Rush, and bassist Jamie Law. It’s always interesting when a band is missing a key instrument or two in their roster lineup. Their debut album, Everything Changes in the End, is a chunk of bright rock music that mainly pulls influences from power-pop and indie rock. The album includes drums and at least a little bit of synth on nearly every track. There is clearly a story there, but for now, in the era of digital releases where liner notes are sometimes hard to come by, Vistas is a trio without an official drummer or keyboardist.

The album begins with a 40-second “Intro” that’s just a slow fade-up into the title track “Everything Changes in the End”. This song has a simple but strong bassline and steady drumming. Robertson’s vocals are energetic, while the guitar and synths chime and shimmer in the background. The song isn’t groundbreaking, and it isn’t an instant earworm, but it’s upbeat and enjoyable. This trend continues into the next song, “Teenage Blues”, which starts with loud vocals and quiet instruments until exploding into the pre-chorus after 30 seconds and then into the real chorus directly after. There are driving drums and “You ooo” backing vocals in the chorus, and it’s equally upbeat and enjoyable.

That is essentially the formula Vistas follows throughout the record. Sometimes their influences are more specific. “15 Years” uses the same fuzzed-out, ringing guitar and backbeat-heavy drums as the Strokes’ “Last Nite”, which itself took the sound from Tom Petty’s “American Girl.” It’s a rock-solid base for a song, but more than a little familiar. The boisterous, wordless gang vocals and hard-charging, noisy chorus of “The Love You Give” recalls a poppier version of fellow Scots Dananananaykroyd.

At times the band does change things up slightly. “Sucker” slows down the tempo a bit, which allows the refrain to be drawn out for maximum impact. It also features a break with repeated “Hey! Hey!” shouts and even a brief guitar solo. “Tigerblood”, on the other hand, starts at full blast, featuring a prominent theremin-like synth line. Then everything but the drums drops out while the vocals drop in for the first verse, and guitars and synths come back gradually. Once the song hits the chorus, it has a distinctive sound because the synth doubles the vocals. It’s an interesting track because it’s maybe the hardest-rocking song on an album full of big rock songs but also the most synth-heavy. Synth-rock is a good sound for the band.

Vistas take other minor steps to keep every song from sounding like a virtual clone. “Shout” has a disco hi-hat beat that gives it more of a dance groove, although the shouted gang vocals keep it right in the band’s wheelhouse. “Summer” uses long, decaying guitar notes and big beat drums to go in a poppy, U2-lite direction. Album closer “November” takes its time, building slowly from a quiet beginning of just vocals and muted guitar to a full band song. Even when the bass and drums first come in, their playing is limited for an entire verse. It isn’t until after the second chorus, around the 2:30 mark, that the song really opens up. Musically, it’s one of the more interesting songs on the album, but melodically it lacks a bit. That is particularly noticeable after the guitar solo that anchors the full band section. From here, the song essentially finishes with a two-minute outro jam that isn’t all that compelling.

Everything Changes in the End is an entertaining album. The band knows their way around big pop hooks and catchy guitar lines. Because of this, the album doesn’t get boring even when the songs start to run together a bit. There’s a solid musical foundation here, but it feels like Vistas needs a bit more seasoning as songwriters and players. Right now, they are doing a solid version of pretty typical indie rock with some power-pop thrown in, and that is right up my alley as a listener. But other than “Tigerblood”, with its wacky, distinctive synth sound, most of these songs don’t quite have the stickiness to make them memorable once the album is over.