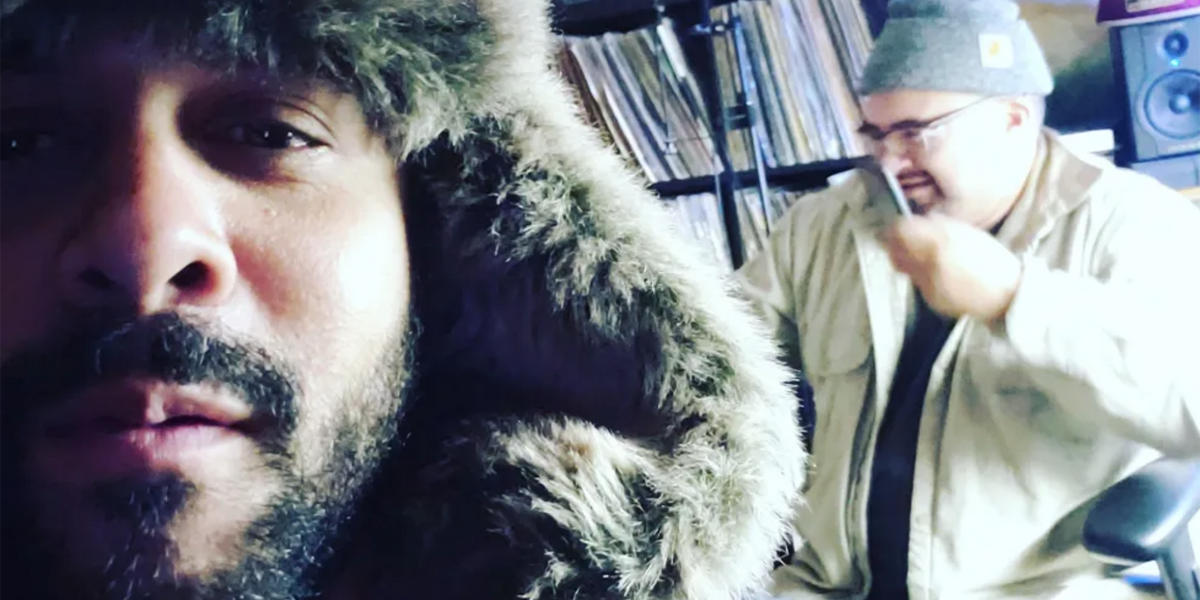 Having worked under the radar for the last 12 years of his career may not have done much for Maestro Gamin’s profile, but it has allowed him to try his hand at anything he likes without the fuss or worry of aiming to please. The artist’s independent excursions into hip-hop have often produced satisfying results, music that has taken in everything from his base of hip-hop to electronica, jazz, and a 1960s beat aesthetic of poetry.

Working the LA underground scene with studious commitment, Gamin has found friends in several dozen producers and beatmakers who have supplied countless grooves and rhythms for his clever and mordantly ragtag rhymes. Keeping in tune and spirit with LA’s cool, lackadaisical airs, Gamin’s music has always had a flow that never stirred above the silly “hyphy” BPMs that plagued the West Coast hip-hop scene during his years coming up. The rapper’s preference for laying low amidst all the fad-hassles has ensured him space where he can unfold his talents with smooth deliberation.

Gamin’s latest, a joint effort with producer Aeks, and released under the name MaestroAeks, is a collection of blunted hip-hop tunes, sometimes nudging a fulsome boom-bap and other times trading on the laid-back and mellower grooves of his other material. There are some surprising about-faces on this new EP, entitled Sapodigo, including the opening number “Broadway (Revisited)”, which takes in Gamin’s wordsmithery with strolling, hop-headed funk. “Chrysanthemum” bumps and knocks with ceremony and purpose, the rapper stepping harder in his rhymes to achieve a grit and sway that presses on menace and threat.

The warmer, more easygoing numbers, such as “Extra Layers” (the closest thing Gamin has come to a pop tune) and the moody, midnight “Money Shot” serve the rapper platforms that are chilled beds to lay his dream-drowsy rhymes. Meanwhile, cool, eerie sweep circles through “Seeithru” and flexes some muscle, the hip-hop repairing to the more robust turns of Aeks’ production. Aeks, who has worked with Gamin on several projects throughout the years, ensures a consistency that masters efficiently the transitions and textures of these eight tracks.

As of late, the rapper’s releases have come a little more sporadically (Gamin divides his time between music and acting), but his variegated poetry is always a welcome entry in the more exciting fringes of hip-hop.

You’ve recorded an EP before with Aeks, Driving Down Broadway, back in 2009. What would you say about his approach as a producer?

You should really ask the dude, I know he has a process, maybe not all of the time, but I wouldn’t assume to know how deep it goes with him. From my side, he finds a funky-ass sample and layers drums and effects over it. But I’m sure he has specific things he likes to try out. Mad-scientist-studio-silo-sensory-deprivation-chamber shit. The dude is insane, like for real. Sometimes I walk in the studio, and he’s just laughing to himself about something he thought of the week before. Everything calms down, and then we get to work but, basically, I just buy the beer and write the rhymes.

Your works normally explore the more experimental ends of hip-hop, but this EP seems aimed more at the feet than the head this time around. Did you conceive of making this more of a club record when you went into making it, or did it just evolve that way?

I didn’t think one way or the other about who would play it more, club-wise, age demographic, etc. This beat sounded good, I write to this beat. That other beat sounded good too, I’ll get to that one next…1, 2, 3, just like that, now we got something to work with. A lot of what I think I write in general is whatever is laying on the surface for me. What we’re going through right now, how it makes me feel and such, and hopefully, I can rhyme something I haven’t heard myself do before and even explore a new space I haven’t before musically.