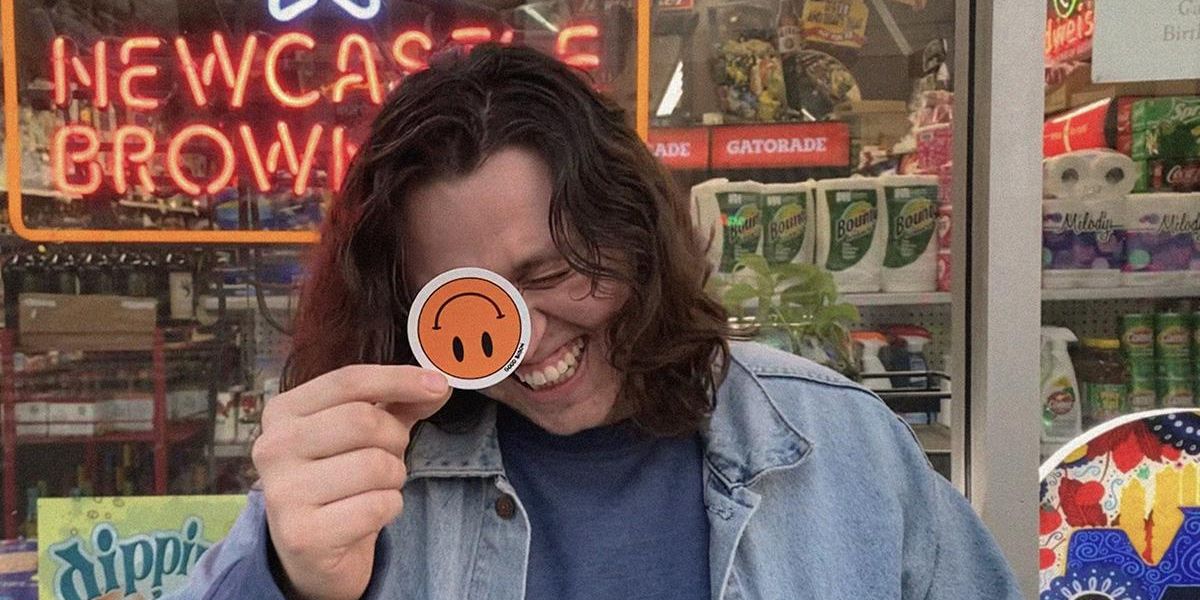 The debut EP from the Pablo Alvarez project Good Bison is titled Scattered Storms, but a more accurate name for it might be Not-So-Scattered Sunshine. The oddly resolute and self-assured four-track outing might dwell in the angst and goings-on of an aspiring 20-something cutting their musical milk-teeth but the music is defiantly clear-eyed and almost continuously upbeat. Even when Alvarez, an acoustic guitar-slinging frontman from LA by way of Miami and Bogota, is singing or rapping about disconnection or debauchery, the guitars behind him are lazing about in some Caribbean vista. With touches of reggae upstrokes and even Tropicalia, the record is positively sun-splashed, lending Alvarez’s various crises and neuroses – there are a few on display, to great effect – a slight touch of irony, even satire. After all, California might be destined to fall into right the sea but at least the weather’s nice.

The self-released EP kicks off with single “Can’t Predict the Weather”, where Alvarez’s off-handed rhymes and sometimes flippant cadence calls to mind the Beck of Mellow Gold. That’s not a parallel or a gauntlet that’s thrown down lightly and Alvarez seems to know it. Though his flow is admirable, it’s clearly schooled in appearing, above all else, casual. Yes, Alvarez has a Guinness Book of World Records nod for longest televised freestyle rap, but he still likes you to think that he can cut between half-whispered sing-song and more staccato rhythms without breaking a sweat. On closer listen, “Can’t Predict the Weather”, which is a gem on headphones, also does wondrous little tricks with multi-tracking – at one point incorporating quite a few versions of Alvarez as he/they unfurl key phrases and phrasings.