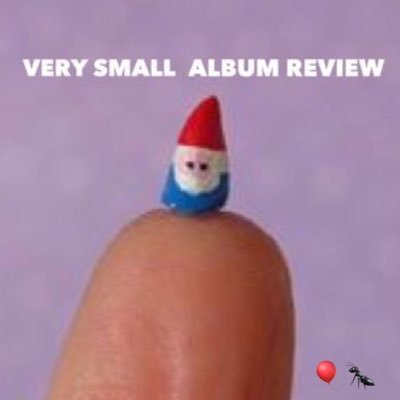 The Smallternative: 10 Small Reviews for August 2021 Small Albums is our friendly neighborhood “Ant on Helium writing Music Reviews.” Look all we know is, they have great taste and write fun insightful reviews in a single line. So of course we brought them in to do a column on our site called The Smallternative where they can do what they do best, recommend music.

Below are 10 new reviews of some incredible recent releases in Small Album’s minimalist style. Enjoy.

A subtle breeze moves through and keeps the fire burning gently as they sit and watch the flame.

Owney – Are You Ready For The Birds?? (on Aluminum Boy Records)

Build a whole family room out of leaves and sticks and mud and fog inside of a warm mailbox.

Benét – Game Over! (on Bayonet Records)

Cubes of the rainforest, with flashlight eyes, reflected in an oil slick.

Camping in the middle of space where there is no stars or suns, but instead microbursts of light that continually occur to create a sense of light that is constantly dependent on the next explosion.

The slight slope inside of a snowflake that makes it fall in a swirling pattern.

The feather balanced perfectly on the edge of the bronze statue of a hardcover, oversized book.

John Moods – So Sweet So Nice (on Arbutus Records)

Daytime inside of a cave where the neon bats live.

A giant, swirling pinwheel wearing a velvet cape with blinking, teal shapes inside.

Mountains standing around a bowl of lunch that is all three primary colors at the same time separately.

Plaster over the photograph on the side of the family store, but the people in the picture still show through.

All reviews and recommendations by: