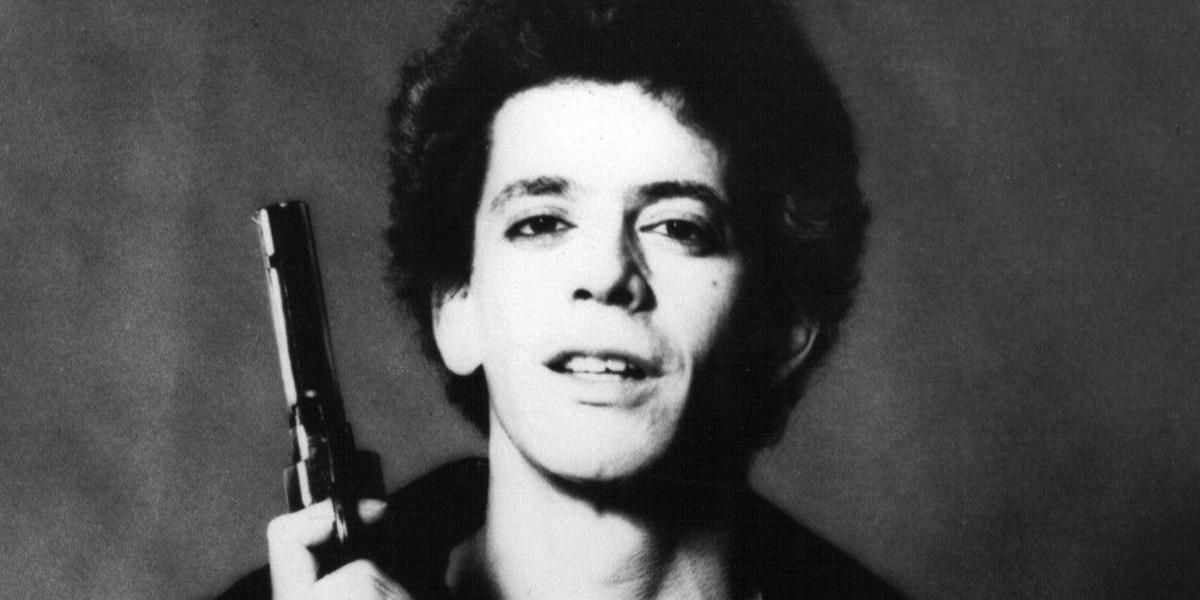 Lou Reed helped define a subgenre with this seminal glam rock record and yielded some of the most memorable hits of his career, such as “Perfect Day” and “Walk on the Wild Side”. Yet early in the tracklisting, he managed to weave a bizarre and often ludicrous narrative of transmogrification that falls somewhere between a harrowing acid trip and Un Chien Andalou. While still delivered in the chatty, street corner hustler rap of other Transformer cuts, “Andy’s Chest” is easily the most grotesque of the bunch.

Notable lyrics: “If I could be anything in the world that flew / I would be a bat and come swooping after you.”

Let’s get this one out of the way nice and early so the cynical Reed devotees skeptically scanning this piece can exhale without any needless brain cell loss. Not merely a colorful description of New York’s proud annual October tradition, “Halloween Parade” transcends its namesake by drifting into grieving amid the memories of loss conjured by the event. Sure, Reed never utters the word “AIDS” at any point, but he sure as hell doesn’t need to. The background singing is a somber yet tastefully poppy touch.

Notable lyrics: “But there ain’t no Harry and no Virgin Mary / You won’t hear those voices again / And Johnny Rio and Rotten Rita / You’ll never see those faces again.”

Nobody asked for an album of artistic interpretations of Edgar Allen Poe’s most famous work featuring contributions by the likes of Steve Buscemi and Willem Dafoe. But when did Lou Reed ever give a damn about what people want? The Raven is a disastrous effort, pretentious and overwrought to the point of being unbearable. (Don’t even get me started on the butchering of “Perfect Day”, part of an apparent vendetta against the tune.) “Call on Me” is a suitable example of these piano-driven proceedings, but the scariest thing here is how absolutely terrible this all is.

Constantly reinventing while still staying stubbornly himself, Reed made many deliberate choices with this album, not the least of which being using a blue Warholian version of the Transformer artwork as the cover. Returning to RCA after a quartet of full-lengths with Arista, he teamed up with Voidoids guitarist Robert Quine for ten tracks of infernal rockers and sentimental slow-burners. The schizophrenia of his transitional subject matter spills all over “Waves of Fear”, which exudes a personal paranoia he’d return to again.

Sputtering to a start with an overdriven bluesy bassline, the opening track of Reed’s first album of the 21st century finds the songwriter overflowing with poetic verse rife with existential and psychopharmacological dread. It ultimately evolves into a stream of musical notes and diagnoses, accounting for the clever title. Were it not for the topic and his pugnacious resistance to staying inside the lines vocally — a constant at this stage in his career that makes live performances maddening — the horns might almost make this a conventional pop song.

Notable lyrics: “I remember when you had a dream / Everything was what it seemed to be / But now nightmares replace everything / And everything you see is wrong.”

Probably the most talked-to-death record in Reed’s entire catalog, this album is almost tame by modern noise music standards, though still respected by many who cite it as influential or at least brazen. Though released five years after the far edgier Yoko Ono/Plastic Ono Band, Metal Machine Music bears no resemblance to anything that precedes it in Reed’s discography. It does have a certain terrifying quality though, and many of those who consider themselves fans of his work have strategically avoided it, making the record ideal for scaring away Halloween party guests who overstay their welcome.

Grounded in grave matters undeniably more earthly than phantasmagorical, Magic and Loss boldly takes on the complex mix of emotions, memories, and stories associated with death and dying. Spiritually linked to the then-recent passing of two of Reed’s dear friends, the album can be a harrowing listening experience at times — and then, incredibly, truly uplifting at others. This cut falls into the former category, illustrating the horrors of chemotherapy juxtaposed with even more morbidity, including a bus accident seemingly forgotten almost as soon as it is mentioned.

Notable lyrics: “But this drawn-out torture over which part of you lives is very hard to take / To cure you they must kill you / The Sword of Damocles above your head.”

Nobody would mistake this record for anything but tragedy, a grim rock opera only vindicated for its brilliance many years after its release. Far removed from the glammy glitz of its predecessor Transformer, the album abounds with uneasy moments. Coming towards the end, “The Bed” is the album’s ghost story, if you will. Adorned with icy drones and voices, the track showcases Reed in an unusually fragile form, singing tenderly and wistfully. Echoes come and go. He revisited the album in 2006 with a series of concerts in Brooklyn and used a children’s choir on “The Bed” to great effect.

Notable lyrics: “And this is the place where she cut her wrists / That odd and fateful night.”

Those woefully uninitiated who have limited experience with Reed’s vocal range might be forgiven for thinking him a sort of mumbling mush mouth. If you know people who believe this fallacy, steer them hurriedly towards this one and watch their reaction to his passionate — albeit ghoulish — delivery. Bloodcurdling and masochistic, the grisly title track off this cult favorite leaves little to the imagination, with Reed spinning a yarn of Oedipal nightmares. Incest, the pleasures found in pain, and so much shame flash before the mind’s eye while dueling jagged guitars of Reed and Robert Quine heighten the palpable tension.

Notable lyrics: “Don’t take death away / Cut the finger at the joint / Cut the stallion at his mount / And stuff it in his mouth.”

Did you really think Lulu — Reed’s macabre collaboration with Metallica — wasn’t going to make this list? After all, countless reviews of this mostly-reviled album fixated on the perverse and violent lyrical content. Though just about anything off this one could have earned placement in the top ten, “Pumping Blood” might as well take top (dubious) honors as it may be the most over-the-top, avant-garde Jack the Ripper tale, set to a heavy metal soundtrack. Discordant and dizzying, the song recalls some of Metallica’s most foreboding and menacing work, with Reed delivering a heart-pounding performance. It’s terrible at times, but it sure is scary.

Notable lyrics: “Blood in the foyer, the bathroom / The tea room, the kitchen / And knives splayed.”