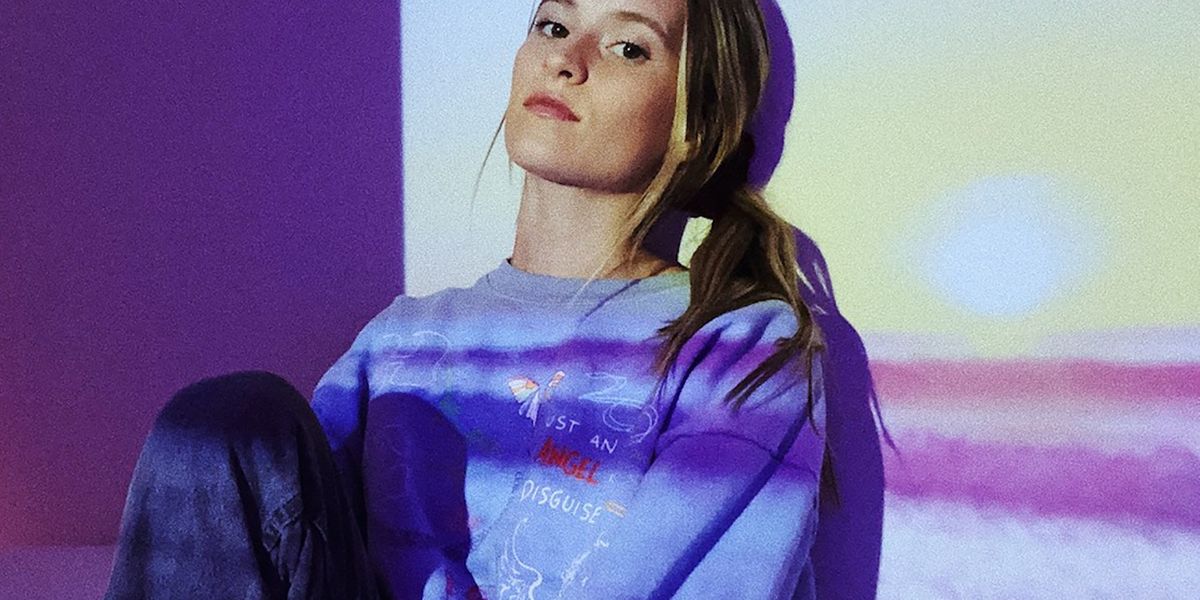 In the midst of a global pandemic, 22-year-old singer-songwriter Rosie Darling seems to be faring just fine as she sets the stage for the next phase of her career. While a harried nation in one mad, mad world of chaos awaits the outcome of the US presidential election, this seems like the perfect time to introduce Darling to a larger audience with “Coping”. The song is her debut single for Nettwerk Records after she signed with the prestigious Vancouver-based label in August.

Many listeners will relate to the lyrics, even if the words don’t apply to the dangers of COVID-19 or any anxiety over uncounted votes in battleground states. You see, the sentiments of a song she co-wrote with Justin Gamella and David Arkwright more than a year and a half ago still seem as relevant as ever. “I’ve been eager to release it because it immediately felt special,” writes Darling in response to a series of email questions for this article accompanying the music video that premieres exclusively today at PopMatters.

“This song [to be released Friday] came very naturally to us that day we wrote it. I was going through some ups and downs in my relationship (and that always helps the writing process). We started with the chorus line first because I had my heart set on mentioning one of my favorite bands — LANY — and it all came together from there.”

The music video was directed by Claire Schmitt, whom Darling met backstage at a show last year, and they “immediately became friends” before working together on a visual for the project. “The video shows the little moments of going through a breakup and how most of that is just feeling so alone,” Darling states.

Read on to learn more about Darling’s transition from featured vocalist for several pop and EDM acts to an introspective and impassioned performer whose remarkable voice isn’t the only common bond she shares with chart-topping, award-winning artist Halsey.

Produced by Andy Seltzer (Chelsea Cutler, Maggie Rogers, Shallou, Joan), the song had an immediate impact on Nettwerk’s Tom Gates, the company’s longtime artist manager (Christina Perri, Brand New) who in 2018 was named senior vice president, A&R and Strategy. “I heard ‘Coping’, and I just about fell over,” said Gates, who previously worked with some of the best singer-songwriters in the business, including Sarah McLachlan, Dido, Annie Lennox, and Patti Smith. “We sent the offer within one day, if not hours. It was just one of those moments where you hear a song and understand immediately who the fully realized artist is.”

The signing was just another in a series of blessed events for Darling, who was introduced to Nettwerk through a member of her team. “Nettwerk has been great for me,” she declares. “I can already tell that things have been moving in the right direction. It’s super helpful having people to consult with and talk through my ideas and plan all of my releases.”

Darling, born and raised in Boston before moving to Los Angeles in June 2018, has adapted well to life during the lockdown. “I’ve written a fair amount during the pandemic,” offers Darling, who has found Nettwerk to be “unconditionally supportive”, while the label believed that “Coping” was “representative of me and my sound as an artist.”

Planning to release more singles followed by an EP in the near future, she asserts, “Zoom sessions can be really fun. I think I’m lucky as a songwriter that I can still create even if I’m not in the same room. This time has been great to reflect on the project as a whole and focus on the release.” Other than a weekend vacation to Joshua Tree National Park (“one of my favorite places,” she points out) during the pandemic, Darling has become “used to Zoom life!” and takes part “in a big family Zoom call once in a while to catch up on everything” as she quarantines with her pet cat.

“I think Zoom sessions have been great for me,” Darling adds. “It’s been great to continue to meet people, especially new writers. I miss in-person sessions. While I focus on releasing music, I also think it will be nice to reflect and take in this experience without always running off to the next session. … I want to enjoy this release because it’s been so long!” She even utilized Zoom while working on the music video with Schmitt during the pandemic.

With friend Kirk Cedric handling the shooting, including several scenes from her apartment, Darling says, “We hooked the camera up to Zoom so Claire could watch the shots in real-time as she was in New York, and we were in LA.” During the two-day shoot, other locations included the beach and the roof of a parking garage, successfully meeting the challenges of staying socially-distanced. “Shooting around my apartment was fun; I think my cat even makes an appearance, but it shows a lot of loneliness, and coping with that is hard,” Darling admits.

Though life as a solo artist can leave the most outgoing personalities feeling isolated at times, Darling compares the songwriting process favorably to her past experiences with EDM acts such as Tritonal and Lesser Bay.

“At the end of the day, I want a great song with a lot of emotion in it,” Darling contends. “I love writing for EDM because I think you can get away with having a ton of mini-hooks in the song, whereas with pop music, it’s a little more structured. I do love both, though.”

She also has made thousands of connections through social media, with more than 16,300 followers on Instagram and 8,300 on TikTok. Perhaps Darling’s greatest achievement in that regard is landing on a list of distinguished players that Halsey follows on Instagram. Among the 400-plus names are mostly high-profile artists (Madonna, Ariana Grande, Post Malone), young, talented actors (Margot Robbie, Zendaya, Emma Roberts) and other celebrity influencers (Chrissy Teigen, Kylie Jenner) or political figures (Bernie Sanders, Alexandria Ocasio-Cortez).

So how did Rosie Darling become a member of this select club? The fortuitous association was made during a chance encounter with Halsey in a Whole Foods parking lot last year in Los Angeles, where Darling boldly shared her dreams of making it as a singer-songwriter.

“That day was pretty crazy, haha,” exclaims Darling, who recently presented a cover of Halsey’s “Graveyard” on YouTube. “She was super friendly and encouraging! It turns out we have family in the same area on the East Coast, so we talked a little about that and how I was a new writer in town. I think approaching her as a songwriter was the right way to go about it, but, deep down, I was like, ‘Oh my God, you’re Halsey.‘ She is one of my favorite artists, and almost every session I go to, people tell me I sound like her, so meeting her was special.”

Some might consider that a lucky break, but it also took a little Nettwerking by Darling to turn “Coping” into a fine work of art.