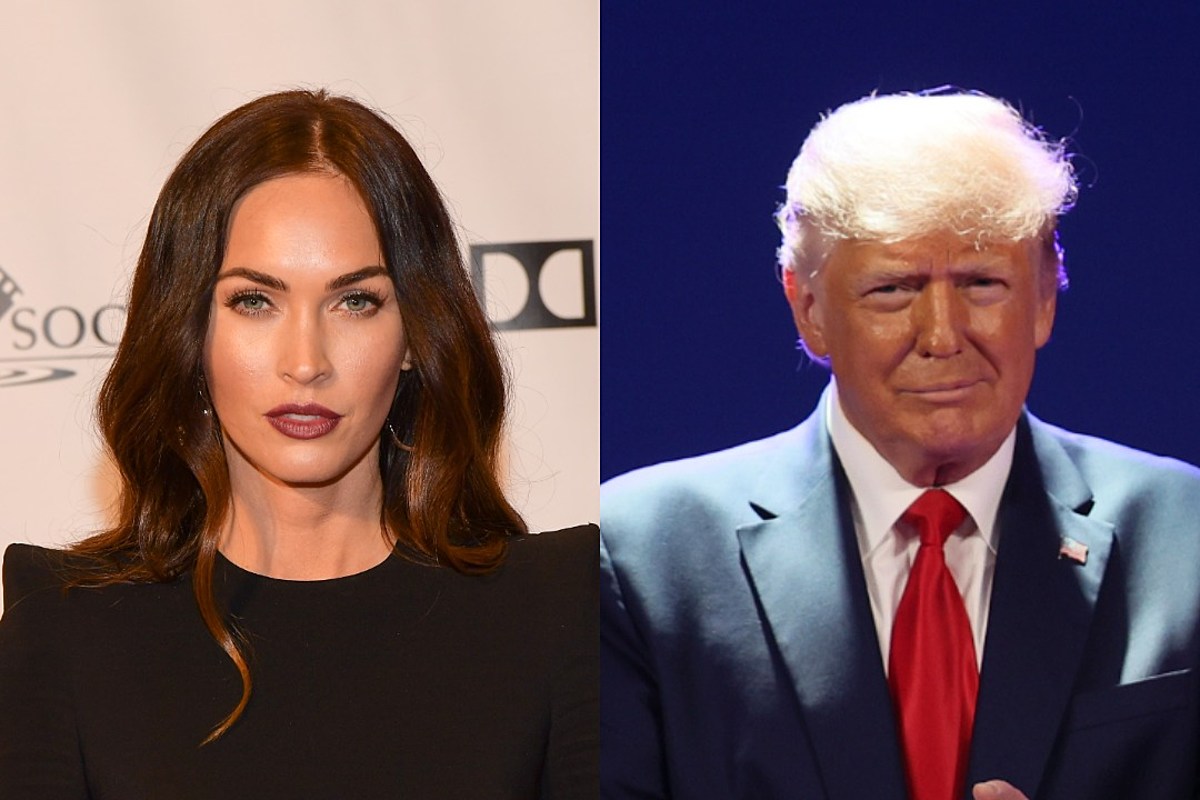 Earlier this week, the Transformers actress appeared on Jimmy Kimmel Live!  During her interview, she spoke about her date night with Machine Gun Kelly at UFC 264, the fight between Conor McGregor and Dustin Poirier.

“I was in a row with [Justin] Bieber, and Trump was also in my row. He had, like, thirty secret service with him,” Fox told the late-night host. “He was a legend. That arena was very supportive of Trump when he came in.”

“I was like, I don’t know how I feel about it, because if someone is a target, then I’m like, I could be harmed because I’m adjacent to where he is,” she continued. “So I was worried about my own safety, that’s all I was caring about. But yeah, I’ve never seen anything like that before. It was crazy.”

On Wednesday (July 14), Fox clarified her original comments about Trump and confirmed that she is not a supporter of his in a set of Instagram Stories.

“I do not align myself with any political party or individual politicians,” she wrote. “I never said Donald Trump is a legend. I said he was a legend… in that arena (key part of the sentence).”

She explained that the arena was filled with UFC fans that were “clearly Republican based off the insane crowd reaction he received walking into the T-Mobile venue.”

“That was an observable fact. Not my opinion,” Fox added. “Really loving this uneducated, mid-evil, pitchfork carrying, burn a witch at the stake mentality though.”

“The world needs more of that,” she concluded with a string of heart, sparkle and kiss emojis.

In a follow-up Instagram Story, she posted a meme of a happy SpongeBob Squarepants tossing flowers at an upset Squidward. She captioned the cartoon, “When someone can’t stand me and I send them love and light anyway.”

Stars Who Voted for Donald Trump in 2020