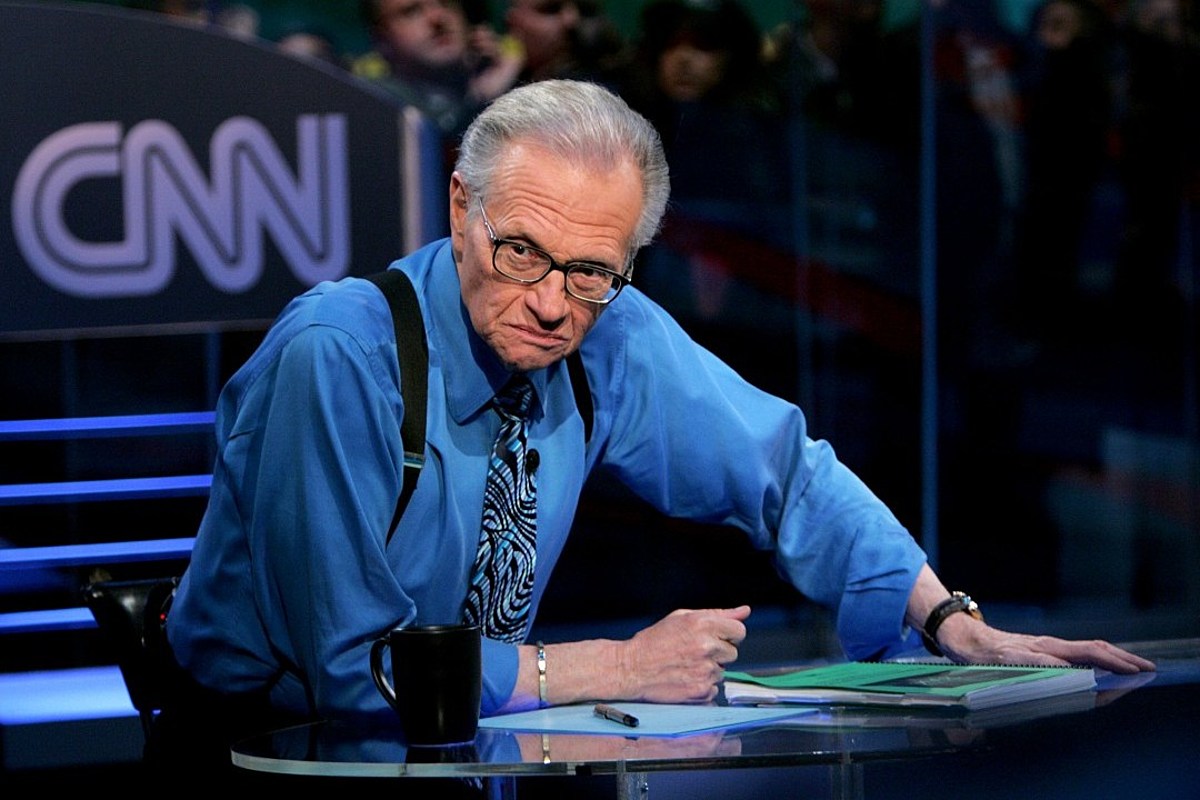 The company did not specify the cause of death, however, the 87-year-old was hospitalized with COVID-19 in December 2020. According to USA Today, he was moved to the ICU on New Year's Eve and receiving oxygen. He was later moved out of the ICU and began breathing on his own.

"For 63 years and across the platforms of radio, television, and digital media, Larry's many thousands of interviews, awards and global acclaim stand as a testament to his unique and lasting talent as a broadcaster," a statement reads. Over the course of his career, he has interviewed over 60,000 subjects ranging from celebrities to politicians and any type of interesting subject.

Celebrities shared their reactions to his tragic passing on social media. Boy George called him a "media legend" while Piers Morgan called him a "hero of mine." Olympian Johnny Weir revealed his favorite moment with the talk show host when King asked him what it was like to be so fierce.

See the reactions, below