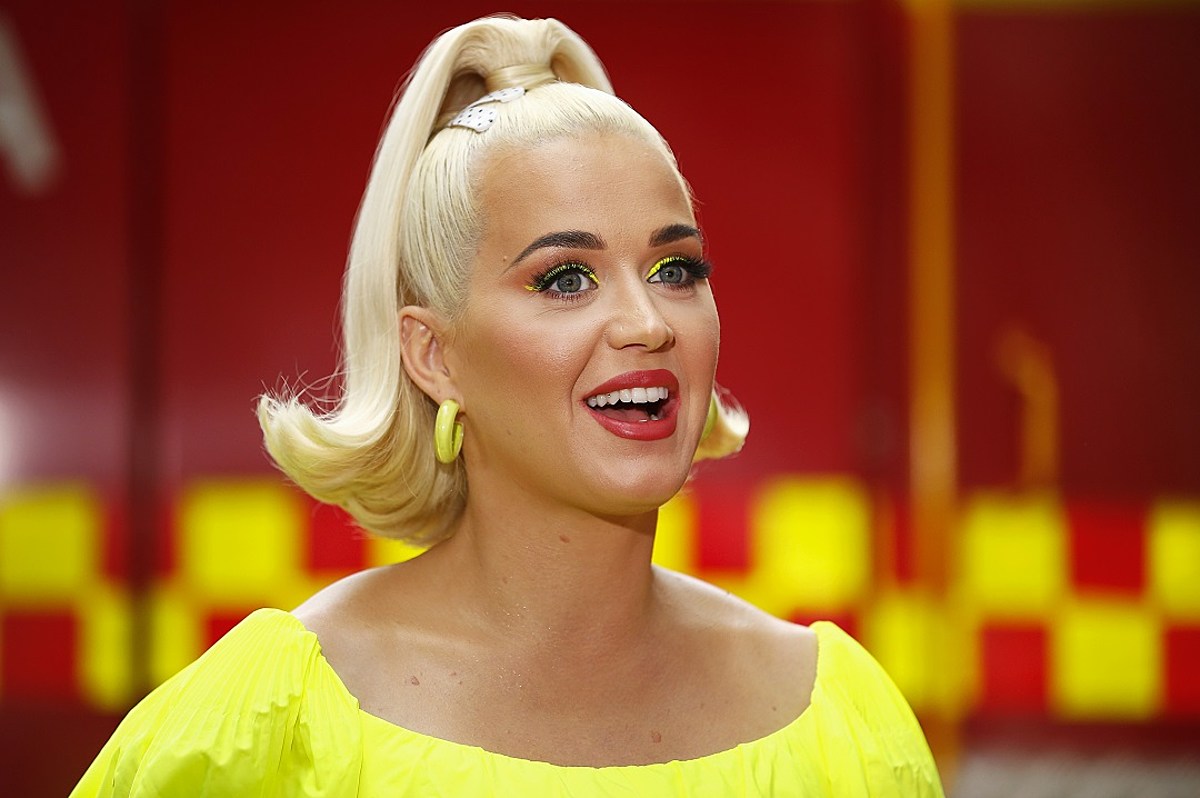 On the cover for her new album, the pop star poses as a sad clown (complete with red nose and frown) while wearing an oversized checkered dress. Underneath, the word "Smile" is splayed in big, chunky bubble letters. See the cover for Smile, below:

The social media gimmick encouraged fans to "pop balloons" in an online game and help reveal the album cover by tweeting about the campaign. (The more tweets fans sent, the more "balloons" would be "popped.")

Katy Perry's fifth studio album, Smile, is reportedly due out August 14. Previously released tracks "Daisies" and "Never Really Over" will be on the album.