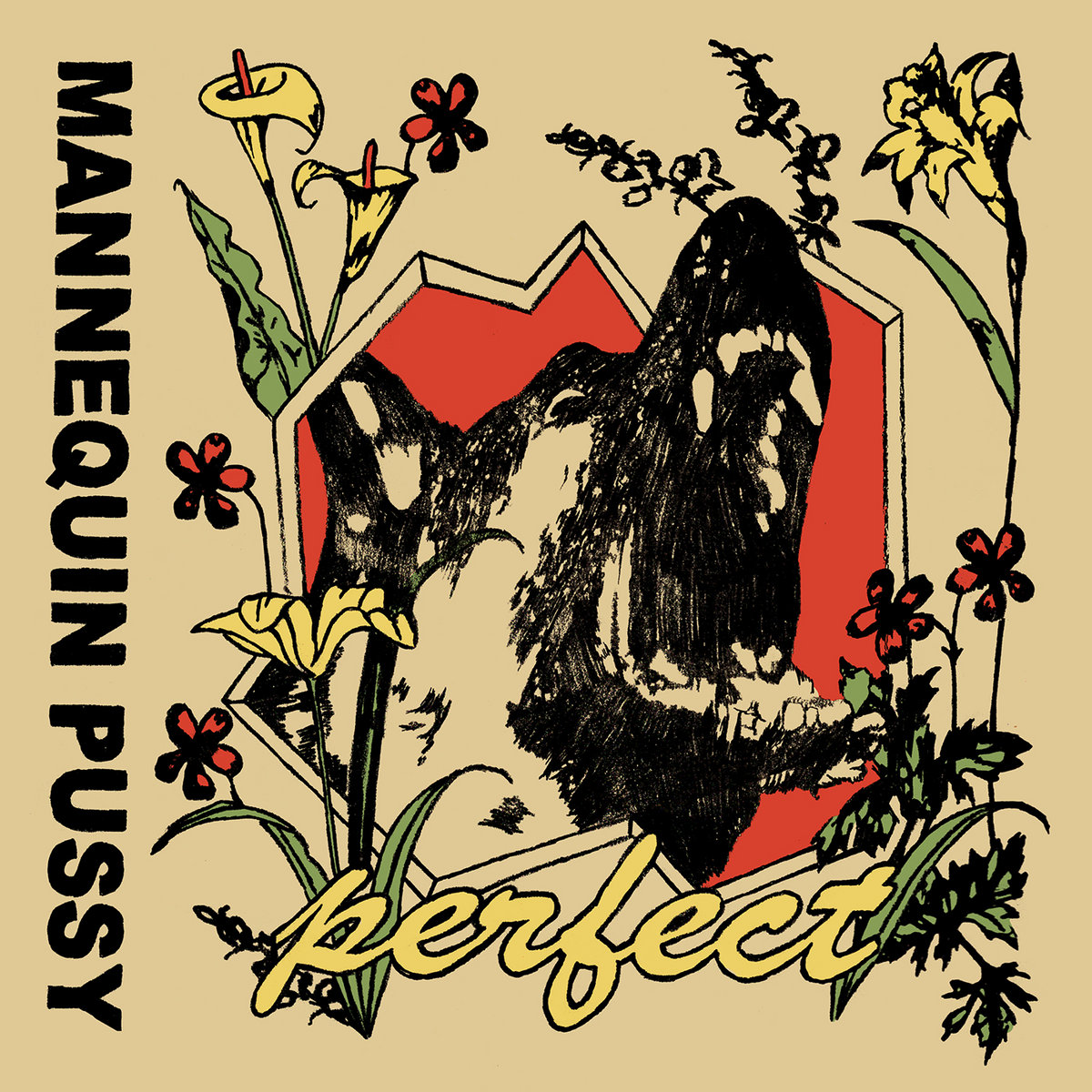 In the grand scheme of Mannequin Pussy’s career, “Drunk II” is an obvious watershed moment. The song reinvented the shape their music took, bringing them from bite-sized, eviscerating punk songs, to crafting expansive tracks that veer closer to indie rock. Lead vocalist and bandleader Missy has expressed understandable anxiety over whether she’d be able to top it. Perfect’s lead single, “Control,” acts as proof that those fears won’t come true. The song rivals “Drunk II,” and condenses its sound. It winds up feeling like something that would be a welcome addition to Hole’s Celebrity Skin. This vein of rock music has gone untouched for some time, and it only makes sense that a punk band with such an affinity for pop music would be the ones to reignite it. “Control” is monstrous, catchy, and when Missy’s vocals morph into a piercing wail of “I’m not waiting!” the experience is unmatched. The band’s new release, Perfect, might be marketed as an EP, but it could easily stand up as a record all its own. It may have a shorter tracklist, but each of its five songs is at a caliber most bands achieve maybe once per record.

While the band has shown their versatility, it can’t be understated that they remain purveyors of immaculate hardcore. The EP’s title track is wiry and bombastic, with a bridge that finds its beat switching into a menacing trudge. In its music video, Missy gets the chance to flex her directorial skills, cramming a cohesive plot into the short runtime, and showcase her love of drag by including Philadelphia queens Onyx Ondyx and Omyra Lynn as the video’s Romy and Michele.

“To Lose You” comes at the EP’s midpoint, and is striking in its soaring nature and transcendent performance. Missy’s grip on emotionality is unparalleled as she moves her way through evocative lines like I’ve been nothing / I’ve been yours /I’ve been down on all fours. It’s another in a great lineage of Mannequin Pussy songs that prod at the sacrificial elements of romance and human relationship.

“Darling” is the most surprising example of Mannequin Pussy’ sonic development yet. Though “High Horse” from Patience was a prior foray into drifting balladry, “Darling” is something new. It’s quiet, thoughtful, and fascinating in its honesty. Missy sounds at once defeated and accepting as she sings, “darling, I will always defend you,” her voice a whisper in lo-fi. The guitars, so often used to showcase their ability to overpower, are reassigned completely. The riffs float in the background, filling up space with the subtlety and intimation of smoke billowing from a snuffed-out candle. What an inspired choice to close out a record full of blazing rock songs with a slow burn.

For a band whose art so often tended towards brevity, it’s something to marvel at that this five-song EP is only a few minutes shy of Romantic’s runtime. What might have begun as a means to create content in an unprecedented time in the music industry has proven to be much more – it is a testament to how much the band has grown and defined itself. Mannequin Pussy is no longer just a punk band bubbling under, they are an unmatched force in music getting closer to breaching the surface every day.