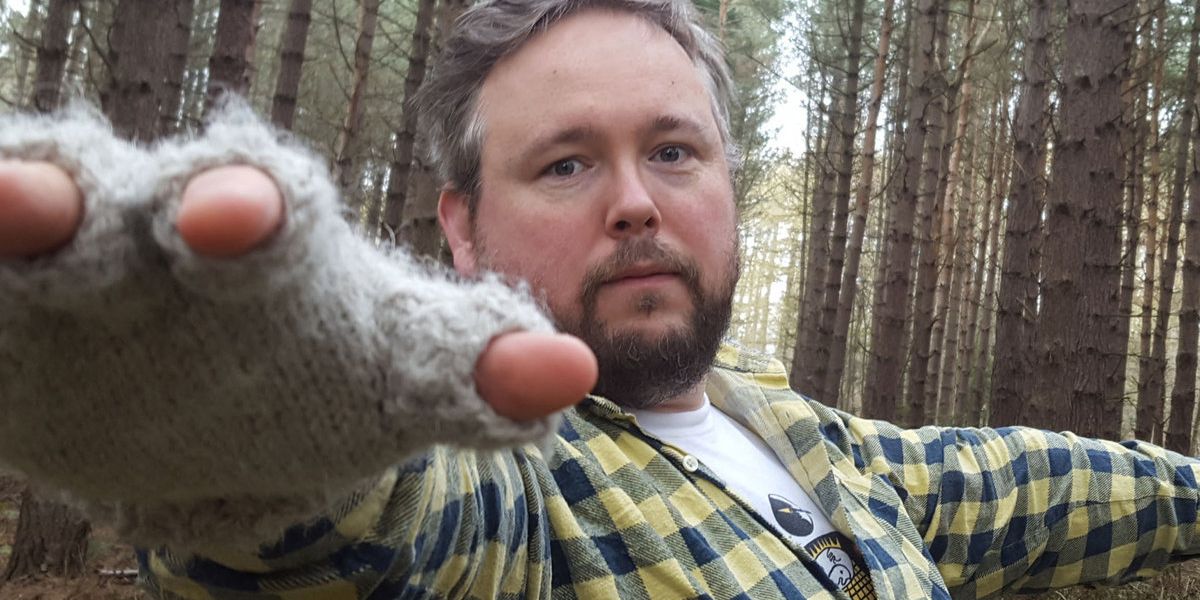 Richard Dawson has a bit at his shows where he stomps his feet onstage and bellows into the mic at frighteningly close proximity to his audience, sans instrument, often singing about some unpleasant scene from British folklore like a horse being beaten to death. Usually, men who behave this way in bars and clubs get thrown out, but Dawson gets away with it for a few reasons. One is his physical presence: he’s a large, hirsute man who makes the fact of his body known in both his full-throated singing and the way the sound of his fingers attacking his guitar’s fretboard is often as important as what comes out of the amp. He barely needs an instrument to make his presence known. The other reason is that he’s an unbelievable songwriter. Just absurdly talented. Rarely does he tell a story that’s not fascinating. Like attentive children, we follow the twists and turns in his narratives until they end—sometimes unhappily, but not as often as we’re used to in the pessimistic world of rock ‘n’ roll.

It makes sense, then, for his new Bandcamp exclusive Republic of Geordieland to split the singer-guitarist into two halves: singer and guitarist. Three of these songs are a capella, two of them continuing in the tradition of his astounding 2017 album Peasant in being named for their protagonists’ professions. Most of the rest are solo guitar, accompanied on the 15-minute “The Minotaur of Cowhill” by the scratch of a drum machine. It’s less lavish than Peasant or last year’s 2020, but it stands among his early works like The Glass Trunk and Nothing Important. It’s a sterling example of what may become one of the defining musical hallmarks of the COVID era: the Bandcamp Friday exclusive, the best way for artists to make money off of experimental japes since the retail mixtape.

“Felon” is the best song here. A boy is sent to prison for a paltry crime. His father hugs him before he’s marched into a reeking dungeon filled with maggot-infested bodies. Here Dawson gets the chance to indulge the rich olfactory detail that characterizes much of his work. From no other songwriter, do we get such a sense of how the scenarios in their songs might smell, and his turns of phrase that surprise with each new word, like “my unofficial protector showed me the rudiments of gambling with pebbles”. Because of the touching scene with the boy’s father, we root for him to make it out alive. Lo and behold, he does. Nihilism is good and fine, but sometimes a happy ending can be just what we need, and Dawson loves his characters enough to show them mercy even in the brutal world he often describes.

“Almsgiver” is another family drama, in this case, the story of a son reduced to begging on the street and the father’s desperate quest to find him. “Derwentwater Farewell” is a traditional song with rather less personality than the originals but plenty of the obtuse, medieval Englishness we expect from Dawson. The four guitar instrumentals are the most enjoyable things here, reminding us how essential a role Dawson’s ragged yet reassuring guitar tone plays in defining his universe. Meanwhile, “A Very Fine Horse” is a funereal procession of keyboard loops reminiscent of early 2010s digital folk projects like Dirty Beaches and Daughn Gibson. And then there’s “The Minotaur of Cowhill”, which takes up a full third of the album. Dawson describes it as being like “a maze”, and indeed it’s more of an obstacle than an enjoyable listen, especially once we’ve figured out the pattern and realize once it’s started that we’re in for 15 more minutes of that.

Dawson describes Geordieland as a “dog’s dinner”, which is underselling it a little. “Felon” and “The Almsgiver” are on par with the writing on any of his records, the guitar music is consistently enjoyable, and the one thing keeping it from being a highlight of his discography is “The Minotaur of Cowhill”. Upon seeing the title and track length, I anticipated something like the two 15-minute-plussers on his 2014 breakthrough Nothing Important, each of which told a little saga in miniature over ruthlessly attacked electric guitar. Had “The Minotaur of Cowhill” been the one track to unite Dawson’s guitar and voice, the album would’ve been split into even thirds rather than jostling halves.