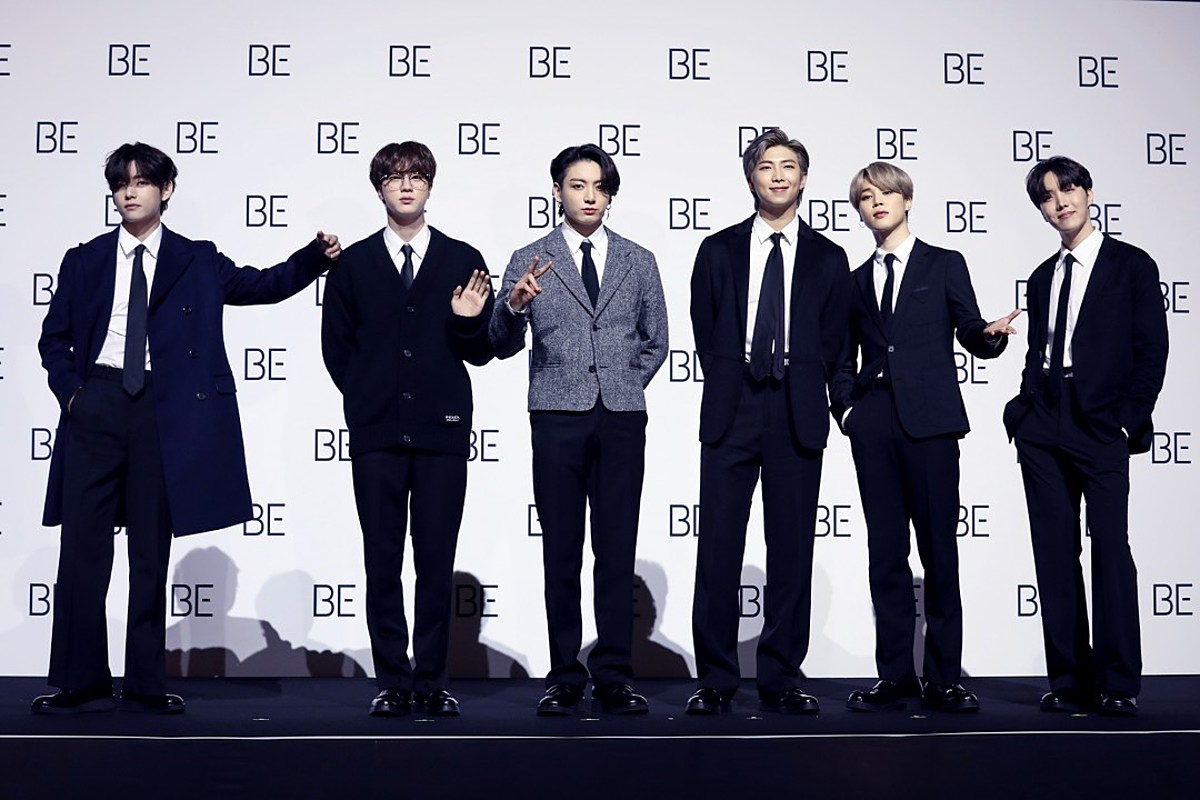 BTS' new album features something we can all relate to: a song about mental health amid the COVID-19 pandemic.

"I took part in the lyrics of the song It's a very impactful name in these times," J-Hope shared during the conference. "What this song is, everyone has sort of a mental 'dis-ease' or illness in one way or another," he explained in reference to the inspiration for the song.

"In the pandemic, I was feeling that when we had a chance to take a break, this was not a complete break," the performer added. "It was a break tinged with uncertainty and [it was] uncomfortable. So I wanted to compare this with a disease of our own profession, for example. BTS is good at overcoming difficulties I think, so we also wanted to share this message of hope about the future—a bright future. We wanted to melt that down into this."

"Dis-ease" isn't the only track that speaks to the topic of mental health. An acoustic ballad called "Blue and Grey" also touches on mental illness.

V revealed that he participated in the track's creative process. "It's about the sadness and depression that's expressed as blue and gray. It's softer," he explained.

Jin added that the retro-pop disco track "Telepathy" was inspired by their situation while in lockdown. "It's a song created by Suga. Because of COVID, we couldn't meet our fans, he wanted to melt down these feelings into the lyrics. We are only momentarily away from our fans."

Watch a snippet of the conference, below.