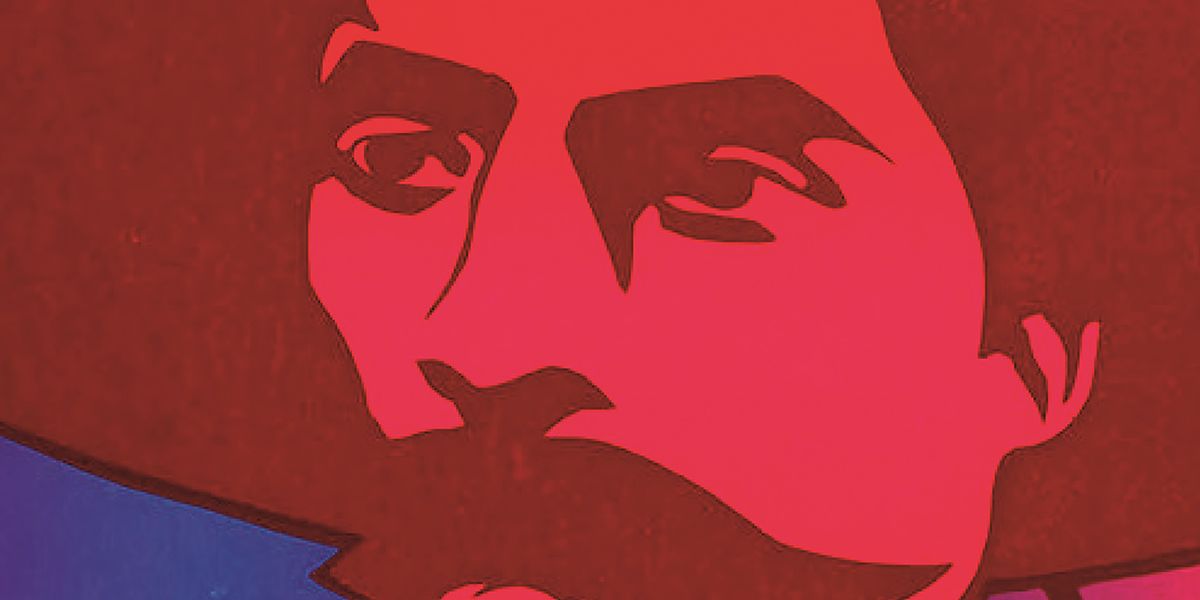 ¡Printing the Revolution! represents a notable milestone in a remarkably fraught and transformative global moment. This timely project, which showcases visual representations of resistance and revolution, rests alongside a similarly uneasy present. As I write this introduction in July 2020, people around the world are flooding the streets to protest racism and continued acts of police brutality. The corona-virus pandemic, which has disproportionately impacted communities of color, has once again exposed the deep structural inequities in American society. Climate change activists are seen brandishing handmade and printed signs that telegraph the urgent need for action. In recent years, acrimonious debates have emerged about economic and social equality, along with heightened tensions over trade and immigration. These are the insistent voices of our shared global moment, and in every instance protest art has been present.

Visual defiance against authority has a long history. From the French, Mexican, and American revolutions through twenty-first-century movements — suffrage, India’s independence, American civil rights, women’s rights, Argentina’s Mothers of the Plaza de Mayo, anti-apartheid solidarity efforts, LGBTQ+, Black Lives Matter, #MeToo — artists and activists have used broadsheets, banners, political cartoons, posters, murals, and graffiti to voice discontent and demand change. Urban streets and NBA game courts are activism’s newest “canvas,” printed with bold graphics for Black Lives Matter. With social media, activists can now amplify their images and messages with the tap of a finger. Whether on paper or online, protest art continues to give voice to excluded communities, spur societal change, and by extension alter the course of history. For museums, collecting, exhibiting, and interpreting works allows us to capture the artist’s role in society, and to document our changing social values.

For over forty years, the Smithsonian American Art Museum (SAAM) has staged more inclusive narratives of the American experience. Since the 1970s, SAAM has committed itself to deepening its collection and scholarship in the field of Latinx art. In Chicanx art in particular, the Museum has a proud history. In the 1990s, we hosted the groundbreaking survey Chicano Art: Resistance and Affirmation and the solo exhibition Man on Fire: Luis Jiménez. The major gift in 1995 of sixty Chicano posters from scholar Tomás Ybarra-Frausto motivated the current project. We acquired works by civil rights–era artists Amalia Mesa-Bains, Carlos Almaraz, Frank Romero, Carmen Lomas Garza, and Mel Casas, among others. Chicanx art features prominently in our galleries and national traveling exhibitions like Arte Latino (2002). Since 2010, E. Carmen Ramos, acting chief curator and curator of Latinx art, has been instrumental in shaping this effort. In the last ten years she has doubled the Museum’s holdings and marshalled them into innovative, award-winning exhibitions. She produced Our America: The Latino Presence in American Art (2013), which questioned the omission of Latinx artists from the history of U.S. art, and Down These Mean Streets: Community and Place in Urban Photography (2017), an examination of how Latinx photographers and artists responded to the history of urban neglect and decline in U.S. cities since the 1960s. Ramos’s projects routinely push for both a recognition and critical assessment of how Latinx artists actively participate in the history of U.S. art. I applaud Carmen and Claudia Zapata for advancing the field with this important publication.

¡Printing the Revolution! is built on the recent acquisitions of over five hundred graphic works by Chicanx artists and their collaborators. It highlights more than one hundred works, the majority of which were acquired in the last two years through purchase and the generosity of visionary collectors and donors, including Gilberto Cárdenas and Dolores Carrillo García, Harriett and Ricardo Romo, and the estate of Margaret Terrazas Santos. This selection represents one-fifth of SAAM’s holdings of Chicanx graphic arts, which is now the largest museum collection of its kind on the East Coast. We look forward to producing many more exhibitions from this material and sharing these national collections with other museums in the years ahead.

The featured works were created from 1965 during the Chicano civil rights movement in the United States, and since then. The movement, or El Movimiento, championed reform on a range of issues affecting Chicano life, including labor unions, farmworkers’ rights, police brutality, and educational equity. Chicanx artists and their collaborators used their art to critically reflect on pivotal moments in American history and express solidarity with other aggrieved groups, both locally and globally. In more recent works, artists continue to probe such issues, while bringing renewed focus to immigration, environmental justice, and the desire for increased visibility of LGBTQ+ communities. Authors E. Carmen Ramos, Tatiana Reinoza, Terezita Romo, and Claudia E. Zapata consider the diverse graphic forms created by artists who seek to highlight injustice and challenge the status quo. In their remarkable range of colors and inventive designs, these works are honored as both functional objects and artworks in their own right.

¡Printing the Revolution! marks a shift in the scholarship of Chicanx graphic arts. As an East Coast institution, we know that the history of Chicanx graphic arts is less well known in our region and regrettably is still routinely omitted from U.S. exhibitions and histories of graphic arts. The present survey marks a new path forward, one that affirms Chicanx art integral to the history of American art. By uniting civil rights–era artists with those active today, our exhibition presents Chicanx graphic arts as a living, vibrant movement, revealing the strong intergenerational links among such foundational figures as Malaquias Montoya, Rupert García, Ester Hernandez, and Juan Fuentes, and younger artists. Unlike earlier exhibitions, ¡Printing the Revolution! draws attention to how artists from other communities worked alongside Chicanx artists as peers and mentees. Our growing collection of time-based media coupled with our desire to tell this story in the digital age also led us to trace how early innova-tors and current trailblazers embrace technology to reach audiences in novel ways. No other exhibition of Chicanx graphic arts has captured such an expansive and nuanced picture of the field.

We are grateful for the generosity of organizations and individuals who recognized the importance of this project. We thank the Ford Foundation and the Lannan Foun-dation for their major support. Additional funding was provided by the Honorable Aida Alvarez, Michael Abrams and Sandra Stewart, the Joanne and Richard Brodie Exhibitions Endowment, the James F. Dicke Family Endowment, Sheila Duignan and Mike Wilkins, Henry R. Muñoz, III and Kyle Ferari-Muñoz, Dorothy Tapper Goldman, and the William R. Kenan Jr. Endowment Fund. The Latino Initiatives Pool of the Smithsonian Latino Center offered crucial support, part of its dedication to presenting the rich history of the Latino experience in the United States. Each donor shares the Museum’s com-mitment to fostering a deeper understanding of our country’s diverse stories and experiences. We thank them all.

The events of 2020 ushered in a profound period of reckoning across U.S. soci-ety, including cultural institutions. SAAM leadership and staff remain committed to addressing racism and systemic inequities in transparent and accountable ways, particularly in the collections and exhibitions we share with the nation. This exhi-bition allows us to see the roots of today’s activism in the very public struggles unleashed during the American civil rights era, and to recognize that much work remains to be done. Artists change the way we see the world, and through their art they inspire urgent and important conversations about who we are, as a society and country, and who we want to be. ¡Printing the Revolution! offers us all an opportunity to begin that conversation anew by revisiting the powerful work of Chicanx graphic artists and their collaborating peers.

¡Printing the Revolution!: The Rise and Impact of Chicano Graphics, 1965 to Now is exhibiting at The Smithsonian American Art Museum 20 November 2020 through 8 August 2021. The exhibition catalog publishes 1 December from Princeton University Press.