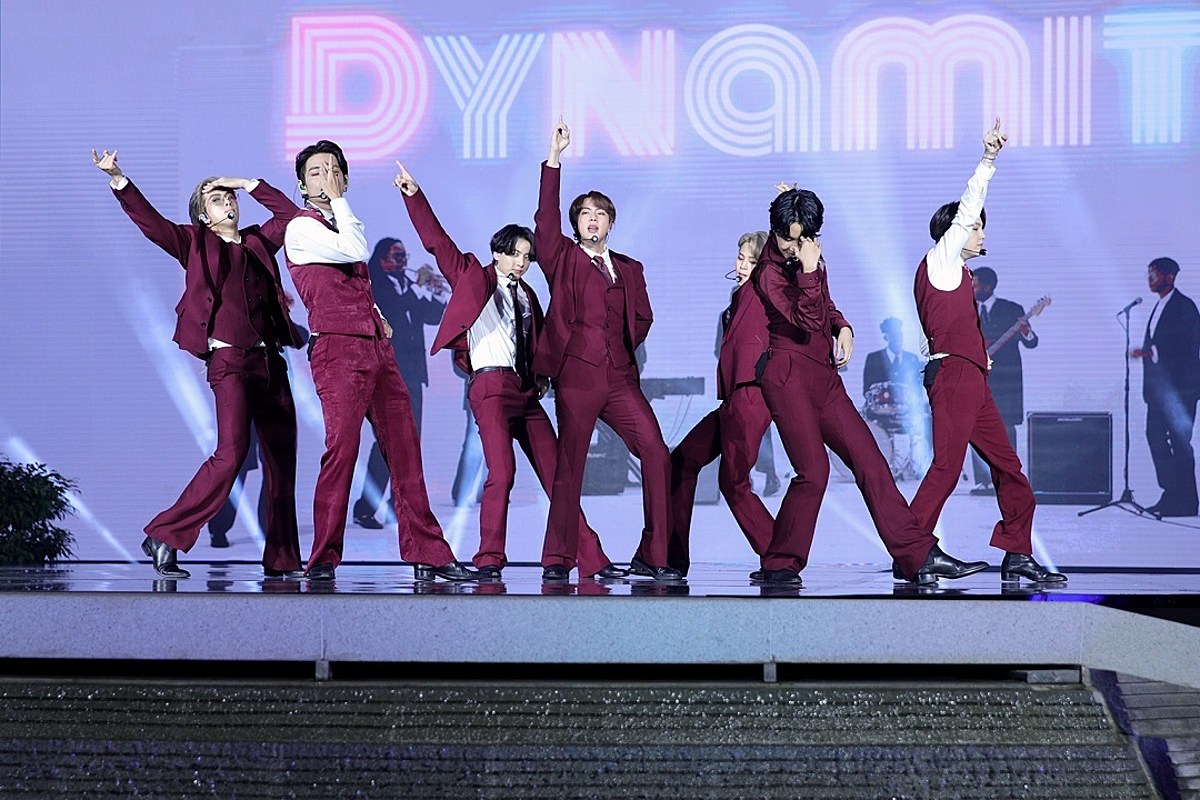 BTS rocked the 2020 Billboard Music Awards with an electric performance of "Dynamite."

RM, Jin, Suga, J-Hope, Jimin, V and Jungkook streamed in all the way from South Korea on Wednesday (October 14). The group had an arena-sized production complete with a virtual band that played on the big screen.

The new performance of the song featured a horn section that brought the disco-infused song into a whole new light, while their impressive and energetic choreography filled the stage.

The group won the Top Social Artist award this evening and are also nominated for the Top Duo/Group award.

During a media junket prior to their performance, BTS spoke about their recent Billboard No. 1, "Dynamite."

"Woo hoo," the group cheered when they asked about the chart-topping hit.

"We are so thankful to ARMY, [they're] the best," Jin gushed.

The performers also shared that the number one thing they are looking forward to post-pandemic is concerts and that they miss interacting with their fans, ARMY.

See how fans reacted to BTS' BBMAs performance, below: