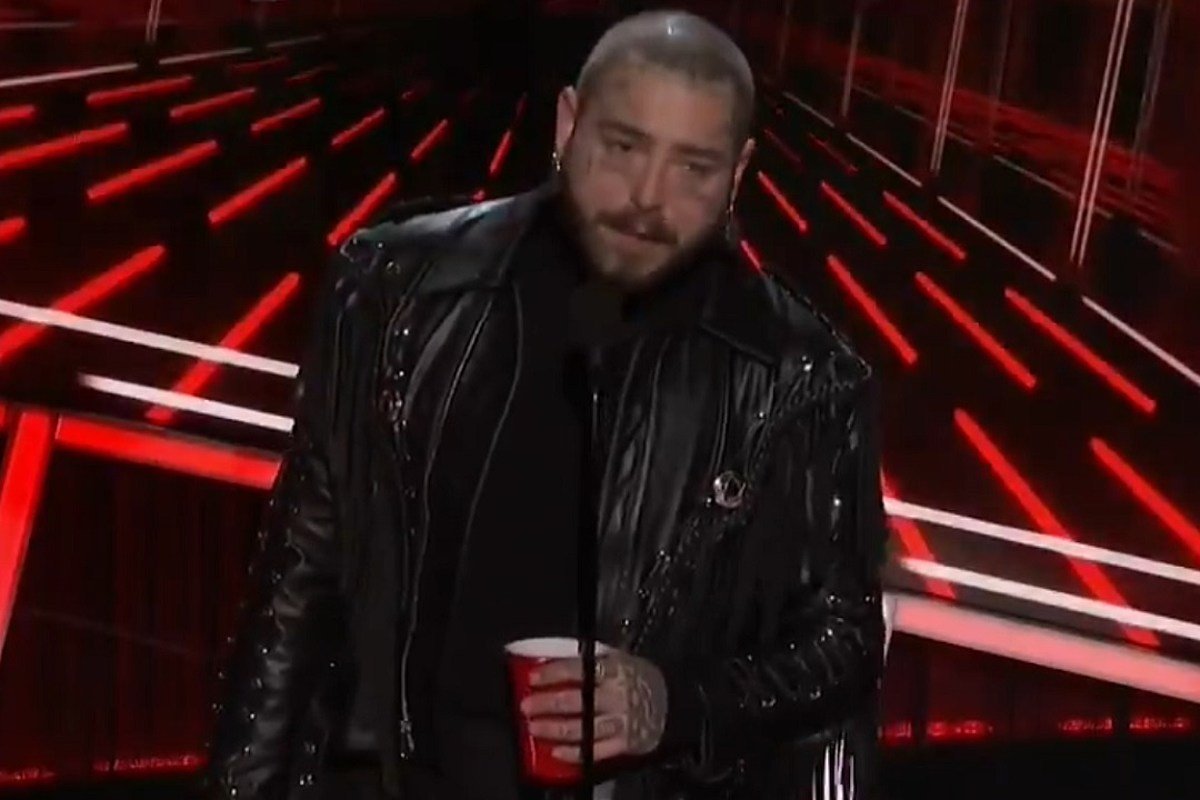 The "Wow." rapper was nominated 16 times in 15 different categories, including Best Male Artist, Top Billboard 100 Artist and Top Streaming Songs Artist. In fact, Malone has had a huge year, with his 2019 album Hollywood's Bleeding debuting at the top of the Billboard 200 charts. The record sold nearly half a million copies in its first week.

Wearing a skirt and carrying a red solo cup, Malone shuffled onto the stage to accept his award. "I'm honestly blown away just by the love everybody's shown to me and honestly I appreciate it more than I could ever express," he shared in his acceptance speech.

"It's kind of a big deal for me and everybody involved because we work our asses off and just try our best every day," Malone continued. "Ladies and gentlemen, I'm floored, thank you very, very much."

Malone won nine awards in total this year, a feat he described as "pretty badass" when asked by host Kelly Clarkson.