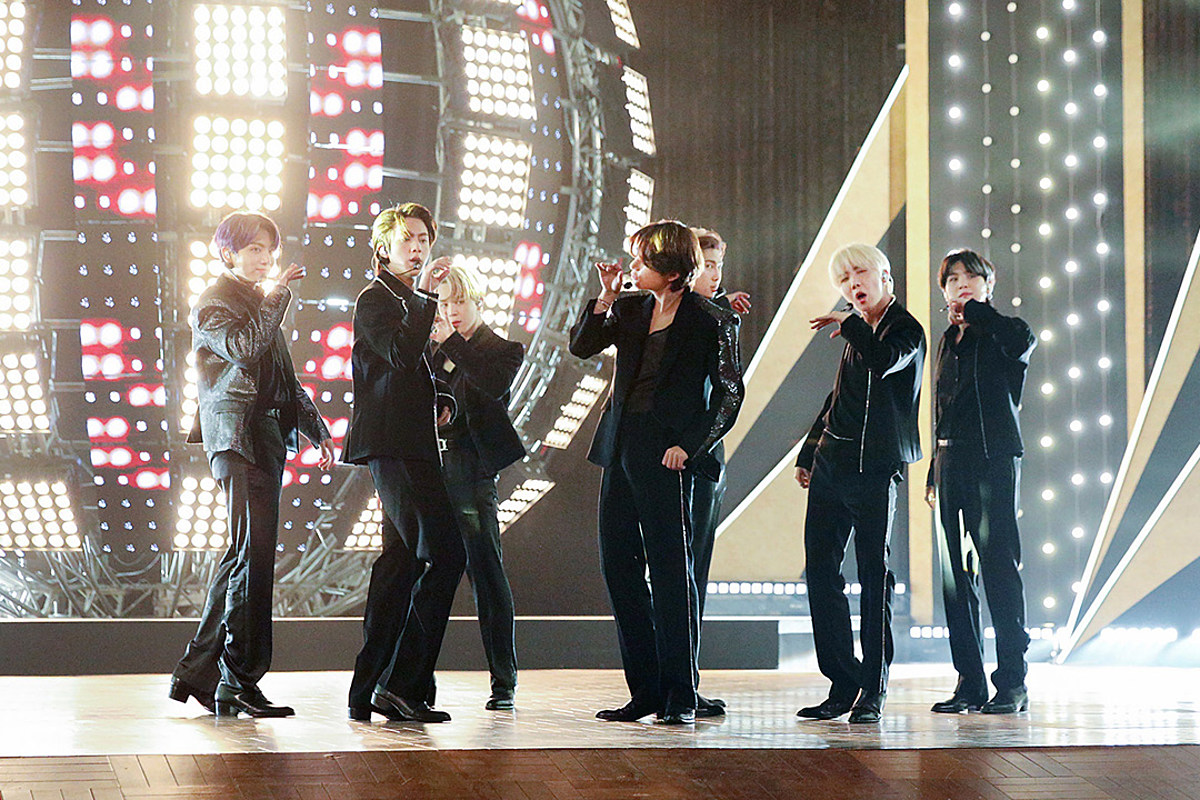 BTS weren’t able to make it to Los Angeles for the 2021 Billboard Music Awards, but that didn’t stop the mega-talented septet from stealing the show all the way from South Korea.

“It’s really an honor to be a winner of such a significant title,” RM enthused in a taped segment that aired after the group won Top Selling Song for “Dynamite.”

Another notable win was in the fan-voted Top Social Artist category. There they faced off against BLACKPINK, Ariana Grande, SB19 and Seventeen. Tonight’s win marked their fifth time taking home the honor.

That’s not all, though: BTS also delivered the first televised performance of their new single, “Butter.” Beaming in from Seoul, South Korea, they pulled out all the stops with a tightly choreographed routine and impressive vocals.

Their fans, the aptly titled ARMY, loved every minute of it.

“This dance break has changed me for LIFE,” one fan tweeted. “I am a new person with hopes, dreams, and joy.”

“FIVE. YEARS. IN. A. ROW,” another wrote in regards to the group’s fifth Top Social Artist win. “Congratulations to army and @BTS_twt for getting TSA for half a decade!”

Check out some of the tweets below!

“Butter” is rapidly shaping up to be another supersized hit for the Korean music group.

It has become a streaming sensation since dropping Friday (May 21). At the time of publishing, the accompanying video has amassed nearly 177 million views on YouTube. Meanwhile, the song has been streamed more than 36 million times on Spotify.

If things continue at that pace, the group is sure to make another impressive debut on the Billboard Hot 100 chart.

Artists strutted their stuff on the 2021 BBMAs red carpet at Los Angeles’ Microsoft Theater Sunday evening (May 23).
This year’s BBMAs host Nick Jonas wore an unusual two-hued green suit that left fans divided, though he and wife Priyanka Chopra looked unarguably glamorous posing together. But Jonas wasn’t the only star who wore a green suit, as Lena Waithe also turned up in a minty suit.
Meanwhile, Doja Cat’s eye-popping black and white striped two-piece reminded fans of Beetlejuice.
Pink was also a favorite color among the celebrities on the red carpet this year, with musical acts such as Alicia Keys, Saweetie and — duh — 2021 Icon Award recipient Pink rocking rosy-hued fashion and looking pretty in pi… well, you know… in the process.
See all the 2021 BBMAs fashion looks we couldn’t look away from — for better or worse — below!