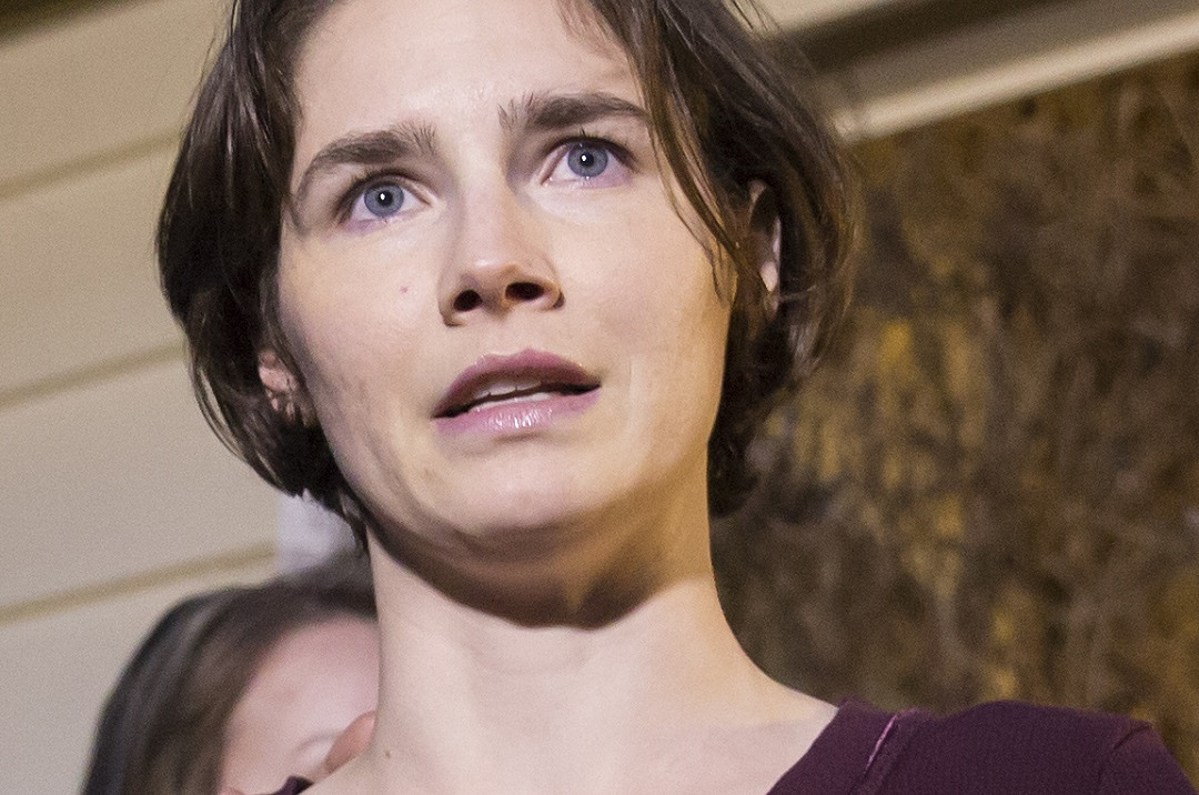 Everyone thinks they're a comedian, but some jokes just don't land.

Amanda Knox, who, though later acquitted, was infamously accused of murdering her roommate during a study abroad trip in Italy, is in hot water after publishing a questionable tweet comparing the contentious 2020 U.S. presidential election to her aforementioned experience.

"Whatever happens, the next four years can't be as bad as that four-year study abroad I did in Italy, right?" the 33-year-old tweeted Tuesday night (November 3).

Knox's tweet drew ire from countless Twitter users. Many slammed the author of being tasteless for both making light of the dark circumstances surrounding her conviction and subsequent exoneration—prior to which a 21-year-old woman was murdered—as well as the seriousness and implications of the 2020 election, and what its results may mean for the American public in years to come.

In 2007, while studying as an exchange student in Perugia, Italy, Knox's flatmate and fellow exchange student Meredith Kercher was murdered in their home. Knox claimed to have been out at the time, spending the night with her boyfriend, Raffaele Sollecito. Following interrogations, Knox, then-aged 20, was arrested and convicted of the murder alongside Sollecito. They were eventually sentenced to 26 and 25 years in prison, respectively.

The verdict caused a global media frenzy, as the validity of forensic evidence and the circumstances surrounding the murder, as well as the negative portrayal of Knox in the Italian media, were questioned. In 2011, Knox was freed and she returned to the United States, as a prosecution appeal to her initial acquittal continued in the courts. She was officially acquitted in March 2015.