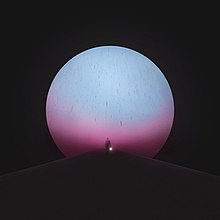 For most of the Manchester Orchestra’s career, each subsequent LP has been a left turn from the previous. The clean, melodic indie rock of I’m Like a Virgin Losing a Child was followed by the moodier, heavier Mean Everything to Nothing. Simple Math was a grab bag of styles, ranging from southern fried ‘90s alt rock worship (“Mighty,” “April Fool”) to bluesy post-hardcore (“Pale Black Eye”) to grandiose and sweeping balladry (“Simple Math,” “Leaky Breaks”). Naturally, of course, the next album was Cope, a straight-ahead no-frills alternative rock record. That album then gave way to A Black Mile to the Surface, a folksier LP that delivered the band their first charting single in years (in the form of Costco radio staple “The Gold”) and garnered near-universal acclaim. This is all to say, when Manchester Orchestra calls The Million Masks of God their sophomore LP, the second album of their second phase, what they mean is that it’s the first true follow-up in their catalog.

In fact, it might seem too true a follow-up to some at first. As an opener, “Inaudible” functions very similarly to the introductory “The Maze” off Black Mile, a slow-burning opener that builds to an echoing twinkling climax. Both songs, though great in their own right, mainly serve to set up the albums from there, to establish a softest point and build upward from there. “Inaudible” does so excellently, leading seamlessly into “Angel of Death,” properly kicking off the first half of the album. The Million Masks of God is more or less divided into its more upbeat, electronic first half and its softer, more folk-influenced back half. What begins as a classic Manchester Orchestra rock song melts into a haunting, synth- and beat-driven bridge that places emphasis squarely on Andy Hull’s voice – and leaves no doubt that this is the best he’s ever sounded. Singles “Keel Timing” and “Bed Head” follow, the two fastest songs on the album, the latter dotted with spurts of feedback to give it a unique feel in the band’s discography.

“Annie” presages the sonic shift that follows, feeling like a cousin to “The Gold.” It’s still a rock song, to be sure, but it’s likely the moment on The Million Masks of God that’d feel most at home on its predecessor. “Telepath,” which bridges the two halves, is the album’s curveball, an out-and-out folk song with more in common with Fleet Foxes in its Americana riffs and gorgeous harmonies than any previous Manchester Orchestra work. At just a hair shy of two and a half minutes, it’s easily the shortest song on the record, but there’s a fair case to be made that it’s also the best. With “Telepath,” the record shifts into the more restrained half, although it never quite returns to “Telepath”’s level again.

The songs on side B of The Million Masks of God are, as noted previously, are on the whole less upbeat than those on the first half, further from the typical idea of what a rock song sounds like. But every song does still get its moment. The acoustic guitar that opens “Let It Storm” never vanishes, for example, but it does get buried under jittery synth lines and syncopated drums before those fade away and it ends the way it began; similarly, though “Obstacle” – which, by the way, is probably the most I’m Like a Virgin sounding track they’ve recorded since that album – begins with the space and melody of a Band of Horses single, the band gets to cut loose in its final minute as Hull turns in one of his most impressive vocal performances. Like “Let It Storm,” “Obstacle” comes full circle in its last moments. Expect the same from the penultimate “Way Back” – indeed, each of the songs from “Let It Storm” on follows a similar trajectory. It’s on “Dinosaur” that the contrast is most extreme, from its slow and spacey first two-thirds to its explosive bridge. For fans who’ve come to miss the aggression of Mean Everything to Nothing and think the band’s lost their bite, “Dinosaur” is a must-listen. Its bridge finds Manchester Orchestra at their grungiest and heaviest in a decade, all before simmering right back to the calm. Album closer “The Internet” is no exception to the rule, crawling through ethereal synths to a cathartic and overdriven climax before pulling back in its last minute. This structure might tend to get a bit predictable after the first two songs, but it does serve to provide some energy where otherwise these songs could bleed together, mellow as they are. Still, repeated listens are rewarding; the electronic flourishes on ‘Let It Storm” begin to pop more, and the melody on “Obstacle” is unexpectedly memorable. That’s not untrue of The Million Masks of God on the whole, either, really. It’s the band’s softest full-length, on the whole (no, the Cope rework Hope doesn’t count), and it’s not the sort of music that comes to mind when thinking of Manchester Orchestra. But careful attention and time help to peel back the layers to reveal one of the band’s freshest and most inspired albums. It’s easy, well over fifteen years in, to take a band like Manchester Orchestra for granted, but The Million Masks of God is a reminder that they remain one of the best, and most versatile, rock bands in the world.