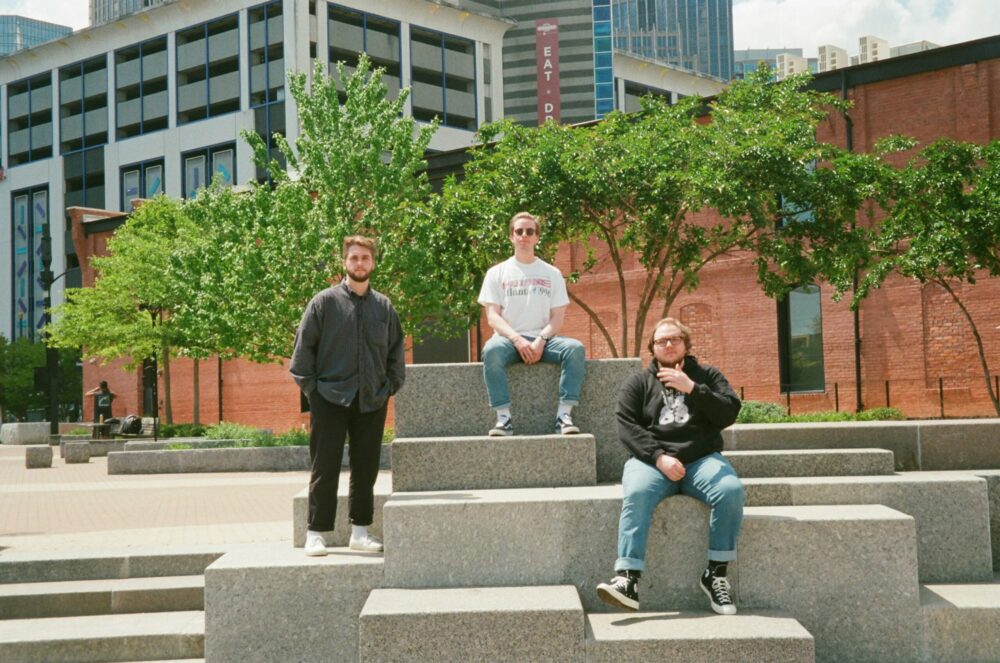 Jail Socks announced their entrance to the emo scene—some might call it the fifth wave; some might unfollow you on Twitter for using that phrase—in 2018 with riff-laden single “Jake Halpin.” Even without many tracks under their belt, the trio—Colman O’Brien, Jake Thomas, and Aidan Yoh—became a name to watch in the DIY scene. No Sleep Records signed Jail Socks in 2019, and in September, EP It’s Not Forever, anchored by a re-recording of “Jake Halpin,” landed them “must-listen” playlists and demonstrated how much they had grown in only a year. The tighter instrumentals and instrumental outro took the re-recorded single to a different stratosphere and forecast what was to come in Jail Socks’ eventual full-length album.

Incorporating the poppy sensibility of Hot Mulligan, the complex arrangements of Charmer, and the guttural screaming of Free Throw, Jail Socks are, at their core, crowd-pleasers. Their chameleonic sound seems to always anticipate what a listener is looking for. A catchy riff here? Done. Melodic twinkles there? You got it. Lyrics that were meant to be screamed along in a venue? Plenty of ‘em—even if the pandemic put a damper on that part of the Jail Socks experience.

With their debut LP Coming Down, Jail Socks show they have matured even more than expected in the last two years. Where It’s Not Forever felt like a party (granted, one that swings between good times and bad, also known as…a party), Coming Down feels like the morning after. But it’s not all doom and gloom; even though the lyrics deal with heady stuff like self-doubt, broken friendships, and mental illness, there are also glimmers of hope and celebrations of happiness. “Point Pleasant” is a straight-up love song; the energetic, noodly guitar work captures the buoyancy and hope of meeting someone who changes everything: “These days I feel alive / Much more than if I tried / So hold on and leave me / Right where I want to be.”

Second single “Sick Weather” is anchored in what I’ve come to term the “big Jimmy Eat World sound” we’ve been hearing more and more in the last year: swelling guitars and singalong vocals. “More Than This,” an earlier version of which was titled “Acoustic Song,” is much more than the requisite cooldown song in the back half of the album. It serves to tie the album’s themes together while continuing to showcase the band’s growth in songwriting and arrangement. “Peace of Mind,” the album’s first single and the penultimate track, brings the energy right back up again with its big, anthemic sound.

The record, from Counter Intuitive Records, was tracked with Brett Romnes (I Am The Avalanche, Hot Mulligan, Heart Attack Man) in New Jersey at Barbershop Studios.

“Since we released It’s Not Forever nearly two years ago, we’ve grown a lot individually as musicians and people,” the band said. “We started writing songs in a more collaborative way and I think it’s helped us grow into the band we truly want to be. It feels like we have finally found our place and our sound.”