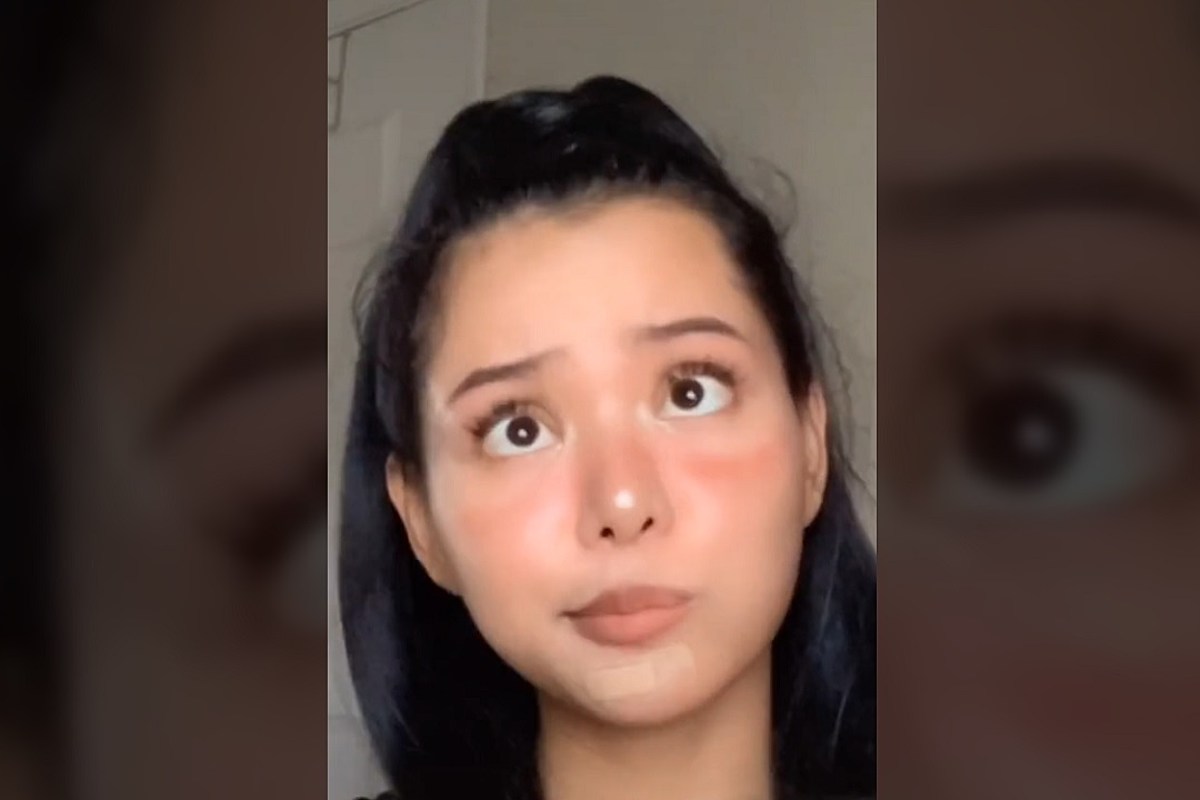 The song is actually called "Soph Aspin Send" and is by Millie B — a.k.a. Millie Bracewell, a 19-year-old rapper from the U.K.

Millie B, a member of YouTube grime music channel BGMedia, released the track, and an accompanying music video, in or around 2017. The song, which was produced by Bordum Beats, was dropped as a diss track towards another indie grime artist (also part of the BGMedia group) named Soph Aspin.

In response, Soph released her own retaliation track called "Millie B Reply."

In 2020, Millie B's song went viral on TikTok when TikTok user @bellapoarch (who has 2.3 million followers) playfully vibed to the track in a video that has been liked more than 4 million times, sparking a trend on the app in which other users recreated Bella's video.

Listen to Millie B's "Soph Aspin Send" in full, below.

[Verse]
If you don't know me I'm M to the B
Coming in hard, you better watch it Sophie
You think you're the only girl doing grime
M to the B says, "Step in line"

Coming in hard with my bars
Sophie Aspin is about to get parred
Read your bars off your iPhone 4
I don't do that sh–, I do it hardcore

Got murked by Little T
Now you're gettin' murked by me
You shagged bare lads, you're a little sket
Have you heard your bars? They're f—ing pep

F—ing pep, yeah, that's what they are
Now listen carefully to my sick bars
They scream my name like, "Yar, yar, yar"
Sophie, yeah, you're a little wh–e

Looking at your face, what the f—'s your contour?
Do you want me to lend you a blender?
I'm being serious, I'm not trying to offend you

Sophie, yeah, you should stick to singing
'Cause when you spit, my ears are ringing
How can you shag bare lads?
Is your fanny not stinging?
I bet your fanny's f—ing minging

Repping around in your sh– clothes
Like Josh said, what the f—'s that pose?
Saying sh– about people's mums, that's tight
Sophie Aspin, do you want me a fight?

Bet your blowies are f—ing sh—e
F—in' sh—e, that's what I said
All the boys say you give sh— head
That's what I said so what you gonna do?
All the things you spit about aren't even true
Sophie Aspin, little rat
I bet you're riddled and probs got the clap

Soph, yeah, you can't murk me
You're a slag, riddled with STDs
F— that sh–, couldn't be arsed being you
You're an animal, you belong in a zoo
I'm sending for you so what're you gonna do?
You bounce on next man's d— like a kangaroo, like a kangaroo

So, Soph, where do we go from here?
If I send back, I'll throw you off the pier
I'm sending for you with no fear
So come on Soph, what's the best you can give?

[Outro]
Sophie, you're not the only girl who can spit bars
I've just showed you how it's done
You said you're not gonna send back
We'll see, won't we