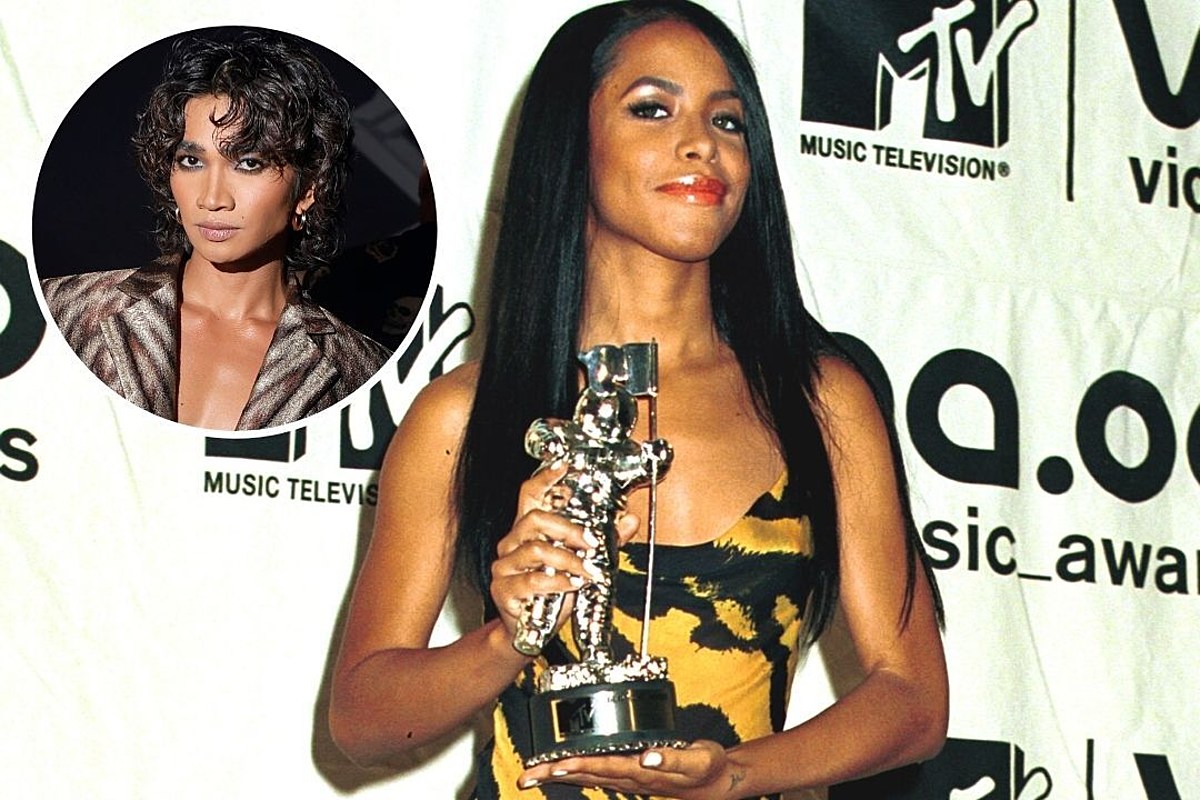 Bretman Rock paid tribute to Aaliyah with his fashion at the 2021 MTV Video Music Awards.

The influencer walked the red carpet outside Barclays Center in New York City wearing archival Roberto Cavalli. The saffron yellow and black dress features a fringed, asymmetrical hem and was paired with a dramatic blowout and thigh-high black stilettos — a fashion moment, to say the least.

Rock worked it with ease and served some fun poses on the carpet.

Check out a video of Rock in the glam gown here.

Fans on social media were quick to notice that the frock already played a role in VMAs history: Aaliyah wore it to the 2000 VMAs. The hit-maker was nominated for three awards going into the night and took home trophies for Best Female Video and Best Video From a Film. Both of her wins were for her song “Try Again,” which featured on the soundtrack for Romeo Must Die.

Many of Aaliyah’s fans took to Twitter to share photos of the beloved icon wearing the dress alongside Rock’s tribute.

Rock’s fans, meanwhile, are celebrating yet another iconic fashion moment this month. The influencer is getting plenty of nods for his on-trend fashion choices during New York Fashion Week. He showed out in a bedazzled pinstriped suit and elaborate headdress at a BVLGARI event earlier this week. Check out a photo of the look from his Instagram account below:

Aside from rocking an iconic look, Rock also helped Tinashe present the award for Group of the Year during the VMAs pre-show. The trophy went to BTS. Thus far, it does not seem like he has mentioned Aaliyah and her turn wearing the dress.

The “Try Again” singer died in a 2001 accident. She was only 22 years at the time of her death. Twenty years after her untimely passing, fans are finally getting a chance to enjoy her music on streaming services as her material gradually appears online.