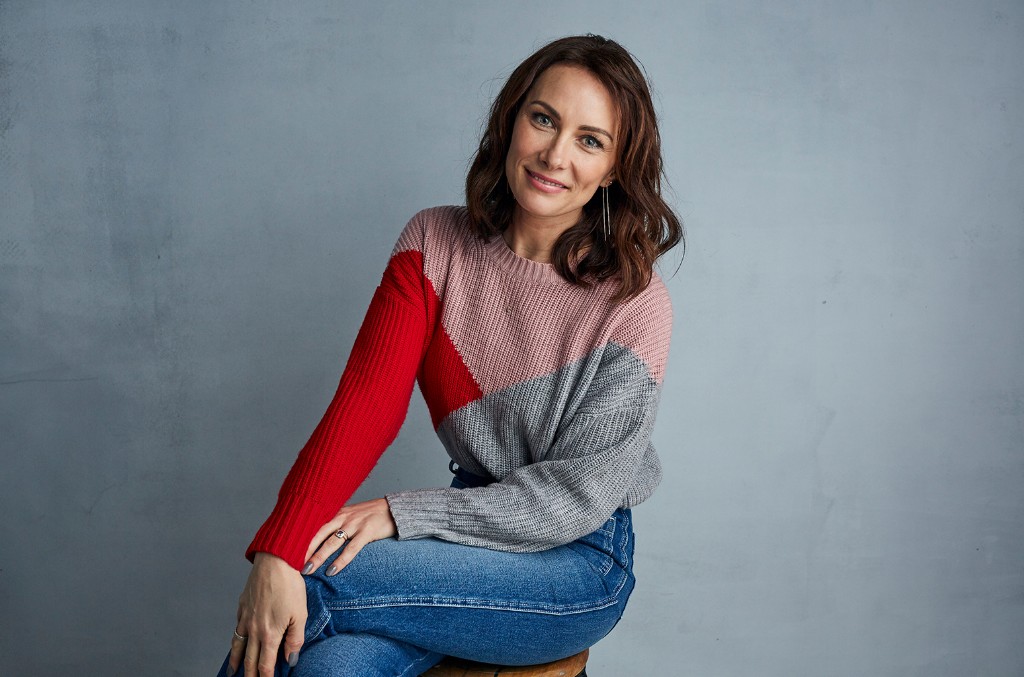 Broadway star Laura Benanti couldn’t imagine a world without high school musicals after coronavirus caused many theater productions to close their curtains. So she put a call out to kids to virtually perform their #SunshineSongs because, as they say in theater, the show must go on.

“Dark times for all. Trying to find some bright spots. If you were meant to perform in your High School musical and it was cancelled please post yourself singing and tag me,” she wrote on Twitter last Friday (March 13). “I want to be your audience!! Sending all my love and black market toilet paper.”

Rehearsal footage and home videos flooded Benanti’s replies to the delight of her star-studded online crowd, featuring fellow Tony award-winner Lin-Manuel Miranda who promised high schoolers all over the country, “I’m watching too” and Jennifer Garner who started the complementary #heyjenlookatme tag on Instagram dedicated “to the Elsas and Matildas; to the Willy Lomans and Romeos.” Frozen and Coco songwriters Kristen Anderson-Lopez and Robert Lopez announced on Twitter the Oscar award-winning couple was also “jumping on the bandwagon.”

Seniors prepped for weeks, months, even years on end to bring Broadway musicals like The Jungle Book, Hairspray, The Little Mermaid and more to life only to be forced to forgo their final shows. But Cavan Kyle Hendron said it best when he posted his collegiate cast’s final dress rehearsal for The Drowsy Chaperone: “If this show taught me one thing, it’s that a little positivity can change someone’s world.”

Watch these kids’ best #SunshineSongs below.

These @CYTPortland kids worked very hard for the past two months on this amazing show and today would be their closing performance. I took some video during rehearsals last week so I thought we would share them with #heyjenlookatme and #sunshinesongs Thanks so much! pic.twitter.com/BFZvgBkJgE

Give my little brother some love. His senior year of show choir cut short . These students all deserve one more performance and that still hangs in the balance! @LauraBenanti #SunshineSongs @Disney @JohnStamos @broadwaycom pic.twitter.com/SiK4QdvvY1

little late bc at first we were just postponing the show, but now we are not so sure. 2 weeks away from opening Godspell. i was so excited to get to sing such a beautiful song, and am really grateful that this was randomly videoed at rehearsal last week :’) #SunshineSongs pic.twitter.com/g3uHmoyWNQ

I wrote original music for DeSales University’s senior production of The Jungle Book, we were going to open next week. Our senior class designed and built EVERYTHING and have been preparing for this for a year. Thank you for the chance to share this#SunshineSongs @LauraBenanti pic.twitter.com/QDYSEMHLyS

This is my daughter singing a song from her canceled musical. She’d been working toward her senior year musical lead for six years 🙁

We had to trim the beginning, but… guess the show! @LauraBenanti pic.twitter.com/rb4w50odKl

@LauraBenanti @Lin_Manuel #SunshineSongs My son, Nick DiSabella(a junior at Muhlenberg HS in Reading, PA)& his cast mates were suppose to have opening night this coming weekend. He was Link Larkin in Hairspray musical. Here’s a practice clip. #proudmom pic.twitter.com/avMU6KhDWk

#SunshineSongs The Drowsy Chaperone was supposed to be my last collegiate show but unfortunately was canceled. This was our final rehearsal together before the news… If this show taught me one thing, it’s that a little positivity can change someone’s world. pic.twitter.com/8jl8DzZCAh

@LauraBenanti #SunshineSongs Sophia, 9 years old, singing When You Wish Upon A Star. She had hoped to compete in the musical theatre category of the Kiwanis Music festival in two weeks. ❤️@linmanuel001 pic.twitter.com/YxPwdxkY5k

#sunshinesongs My daughter, Emma Dean as Miss Honey. Today would have been her opening night and she is so disappointed. pic.twitter.com/ObLiUVvvCD

@LauraBenanti here is a video of my school’s final day of rehersal (FOR NOW!) We have not given up hope. ❤️❤️❤️#SunshineSongs pic.twitter.com/2K853nctiT

My ❤️goes out to all whose shows were cancelled Hopefully we’ll all be back on stage soon!! I was lucky enough to get my last performance in. Seems people are gonna have some time on their hands so here’s a rehearsal vid for my miscast cabaret #SunshineSongs pic.twitter.com/cgnbqecxOB

I was supposed to be playing Seymour right now. I don’t know the future of the show, but it was my first chance at being a male lead while looking the way I do. I wanted to prove to everyone that a man of my size can play this romantic lead, and wanted my talent to be seen pic.twitter.com/8DJeU07Gio