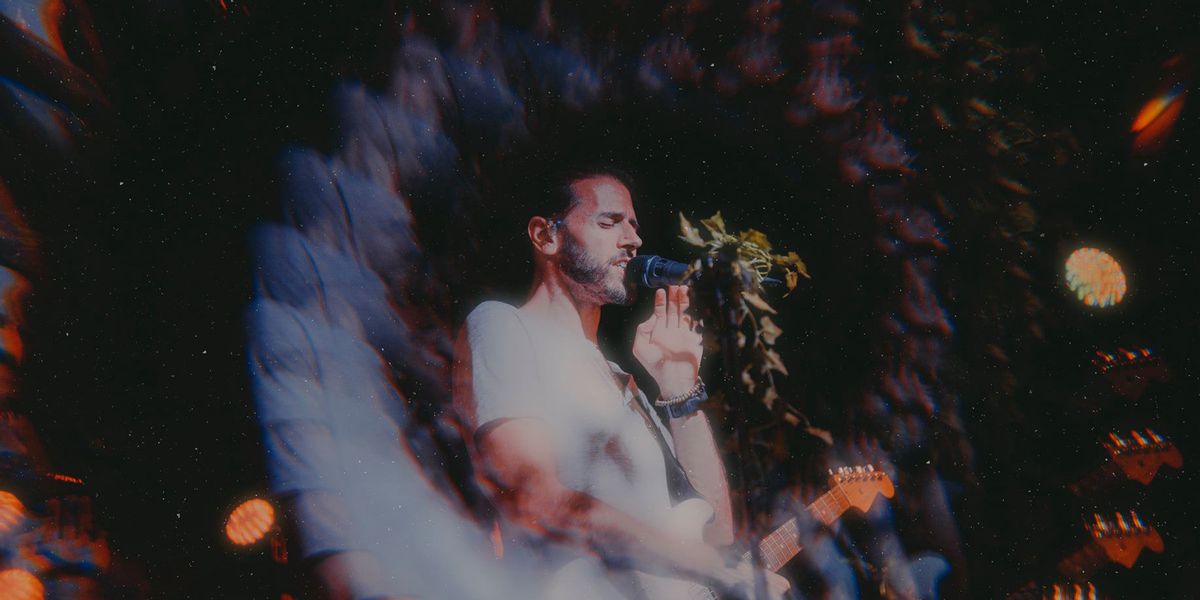 Over the past 15 years, New York outfit the Reign of Kindo have risen to be one of the most reliable and remarkable acts in rock music. By infusing bits of funk, jazz, and synthpop into their art-rock DNA, the group rank alongside similarly ambitious and wide-ranging artists like the Family Crest, Bent Knee, the Dear Hunter, and Dirt Poor Robins. Always fun and catchy—but also deceptively complex—their music never fails to delight the heart and mind in equal measure.

Case in point: “Better Off Together”, their wonderful new single and first public release since 2018’s magical Happy However Ever. In celebration of the track, I recently spoke with frontman Joseph Secchiaroli about all things Kindo. Along the way, we also talked about how COVID-19 is affecting the music industry and the ironic ways in which America seems increasingly divided (rather than united) because of the pandemic.

Thanks. Yeah, it feels great to have it out there finally.

How has the reception been so far?

Well, the patrons on Patreon seem to be pretty pumped about it. We’ve got a lot of positive feedback. I think that our fans tend to be kind; even if they don’t like something, they won’t be mean. I’ve seen a lot of excitement, though, and we’re really excited. It’s the first thing we’ve released in about two years, and we intend it to be the first of a cacophony of tracks that we’ll be releasing. It’s just the beginning.

Backtracking a bit, I know that many people are still wondering if the name of the band is now the Reign of Kindo or just Kindo? Or, is it interchangeable?

The official name is still the Reign of Kindo, but I don’t think we have a preference. We started referring to ourselves publicly as Kindo because we’ve always referred to ourselves that way behind closed doors. It’s a quicker way to say, “Oh, it’s time for Kindo rehearsal” or “We have to work on the Kindo merch.” But, yes, we’re still the Reign of Kindo. Kindo is just easier to remember and an easy way to get to the Reign of Kindo. It seems like the most common response when people ask me what my band’s name is, is “What?” It’s not my favorite response [laughs].

The full name is more intriguing and probably what you’d expect from sort of jazz/art-rock group, but the abbreviation is snappier.

Your official statement explains that you guys wrote it “not knowing that the state of the world would be so different. But as we were producing it, we realized how much we need to come together more than ever. We as a species, do better as a whole.” It has a very positive vibe, as do many of your other songs. What’s it about, and why is now the perfect time to release it?

I started writing it pre-COVID, and I tend to be more introverted and reclusive when I’m going through hard times, or I’m depressed or in my head. I self-isolate, and that always reminds me of how much I need other people. If I don’t talk to my friends or family for a few days, etc. I wrote it before the pandemic and just wanted to talk about being grateful for the good and the bad things in life. You know that neither will last forever and perhaps that realization is what we need to be grateful for in some sense. We can’t expect always to be happy or have the life that we want.

Then, the pandemic hit, and we were all so isolated from people who are important to us. When we were finishing the song, the words really started to take on a deeper meaning, knowing how much I craved being with the people I couldn’t be with. I was in NYC back then, in Queens, so it was particularly brutal and weird and post-apocalyptic. New York is a unique place, and seeing it so empty and desolate was creepy and ominous. The lyrics suddenly reminded me that even “normality” doesn’t last forever. What we take for granted and our whole way of life can be disrupted. It deepened the reach and meaning of what I thought it could accomplish.

The strange thing is that I’ve been trying to navigate my sadness during this time. I’ll review some of the older Patreon tracks that are unreleased—we’re going to release them soon. We’re working out album orders and stuff like that—and the lyrics of some of these songs now feel like someone else wrote them for me to hear now. It’s odd. That’s how I experience them now because the person I was before the pandemic is different. It’s been very transformational, and I’m still in flux, to be honest. I can’t say that I have my footing yet in any meaningful way.

Me, too. We can’t assess how we’ve changed until it’s over.

Exactly. It’s weird to have your own lyrics speak to you like that. The person who wrote them didn’t know what they were about to go through or what the world would go through. “Better Off Together” is no exception. It really speaks to me now, and I need it for encouragement during such a dark time. The world is perpetually on fire. That was a long way to answer that question; I hadn’t thought of it until you asked.

I’m starting to feel like it’s the normal way of life. Like, I don’t even think about wearing a mask to the supermarket anymore. I just do it, and it feels normal. When I go to Barnes & Noble, though, it feels like an episode of Black Mirror. It’s wrong in a cosmic sense. Something like this isn’t supposed to happen. Hopefully, “Better Off Together” can help remind people to employ empathy and positivity, as hard as it may be. It’s an upbeat message.

I hope that the track speaks to the divide amongst people. Or, maybe just a perceived divide and the importance of finding the best ways to close that divide. Nothing ends well when a house is divided against itself. We’re all vulnerable to the most powerful and nefarious forces at work. We’re too busy fighting each other and not trying to understand each other and heal, you know? I know it’s complicated, and it’s easier said than done. There’s a lot of hard work to do first. If we remember that the goal should be to heal the national wound and that the people on the other side are human beings even if we perceive them to be the enemy. Any capacity that we may project on them to be monstrous, we also have that same capacity in ourselves. We do a lot of damage, pretending that we’re more righteous than other people.

Totally. You’d think that all of those reasons for division would sort of melt away since we’re all susceptible to this virus. We’re all human, so things like racism and sexism and transphobia and everything else related to bigotry seem that much more unwarranted. Even things like ideological beliefs, I guess, although part of the division comes from some people not wanting to do what needs to be done to make this virus go away. *Sigh*

How would you say that “Better Off Together” builds upon what Kindo sounded like before while also moving into a fresh direction? It seems like a bit of a throwback to earlier stuff when compared to the slightly more accessible and synth-heavy last album, Happy However After.

That’s a good assessment. It has some classic Kindo elements, especially with the B section, where it breaks down with a Rhythm, Chord & Melody [2008] vibe. But, the A section—where the chorus is and the galloping and guitar and piano arpeggios—has some new elements. Like, there’s a bigger focus on the pulse and heartbeat of it. When I was mixing it, I was referencing R&B tracks because I wanted it to have a thump! with the bass and kick drum. Also, I guess we’ve always broken formats, so the format isn’t a traditional verse/chorus/verse/chorus set-up. It has more sections. We’re staying with the utilization of synths, particularly during the A section. It’s like coming back to center a bit, though. We explore a bit and take what we find for the next song. “Better Off Together” is a really good amalgamation of the things we like to cover. It’s rocky but also chill and open. It’s high-energy, and there’s a lot going on. Rocco [DellaNeve, keys, and backing vocals] said it sounds like it’s from outer space [laughs].