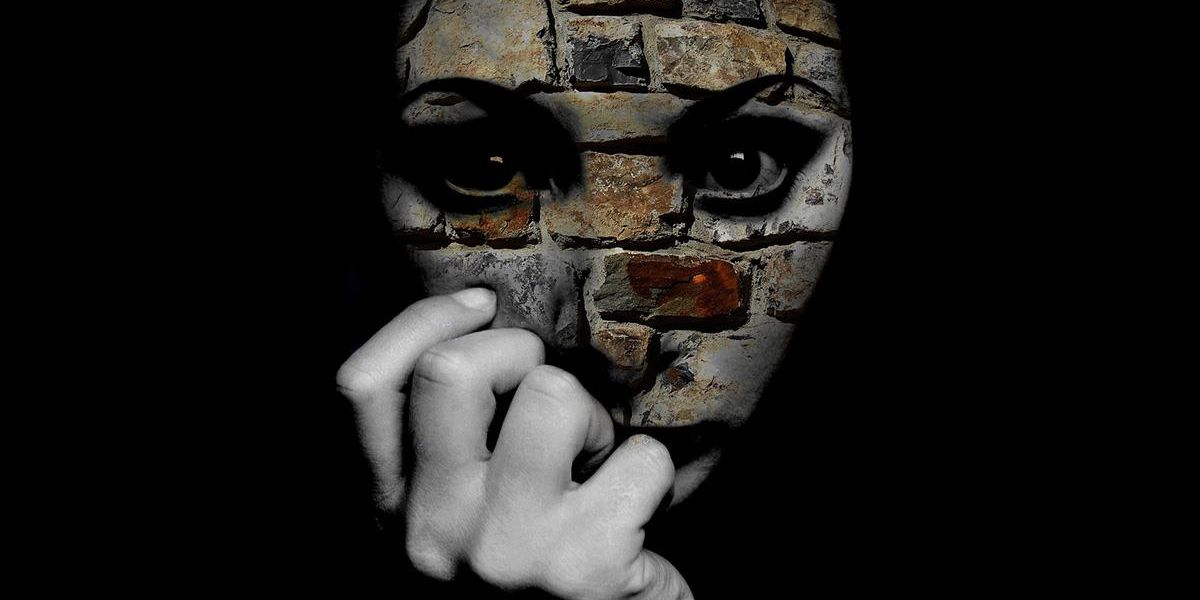 Gabrielle Korn, the former editor-in-chief of Nylon, and now the editorial and publishing lead for Netflix’s Most brand, a home for LGBTQ+ storytelling, released her debut memoir last month: Everybody (Else) Is Perfect: How I Survived Hypocrisy, Beauty, Clicks, and Likes. The book works as a collection of essays on American digital journalism, as well as a memoir of Korn’s experience of working at the helm of a rapidly changing industry. As part of a new crop of online media platforms in the 2010s, Korn recalls the tension between market pressures and attempts to make the industry more diverse and inclusive. She recalls senior editors who were indifferent to a lasting revision of modern standards: simply wanting content that ‘looked’ progressive, and the problems inherent in trying to improve the integrity of women’s media in an attention-based economy.

At the start of her career, having landed a job in the basement of an abortion clinic run by one of the authors of the Feminist Press, Korn struggled with some of the hypocrisies of the industry. And although she got a chance to write important articles about sex traffic and abortion rights, she was bored and stressed in a work environment that felt only nominally progressive. It wasn’t until she worked at Autostraddle, albeit as an unpaid intern, that Korn ‘found her footing.’

Later, when at her interview for a job at Refinery29, she was pleased to discover that the beauty editor, Annie Tomlin, was familiar with her work for Autostraddle. Together, they discussed their grievances with women’s media, citing the invisibility of queer people as an enduring problem. Korn stated: ‘magazines pretend lesbians don’t exist.’

Image by Ilya Deryabin from Pixabay

Korn witnessed the boom of Refinery29, which started as a room in the East Village and later moved to a skyscraper in the Financial District. She recalls the mood of elation around the exponential growth of their week-on-week web traffic, although she also draws attention to the price of success by referring to a time when she wrote ten new posts in one day, only to later notice that her eyes felt like they were ‘bleeding’. Korn points out that it was not uncommon for colleagues to churn out even more, and queries the cost to quality of such a culture of rapid, frenzied output. Online magazines like XoJane, now defunct, popularized the concept that ‘personal-is-political’. With such articles as: ‘I Spent Two Weeks in a Mental Institution and Left With Better Hair’ XoJane epitomized — for many — a new low in American digital journalism (although some have defended its inventiveness).

In one of her strongest chapters, Korn conveys her concerns about the corporatization of the language of women’s empowerment. She cites words like ‘badass bitch’ and ‘girl boss’ as prime examples of the limited effectiveness of redefining sexist language. Korn refers to Wordslut: A Feminist Guide to Taking Back the English Language (2020) by Amanda Montell to show how ‘cute’ words such as ‘She-E-O’ or such turns-of-phrase as ‘women in music’ perpetuate the idea that men are the norm. In turn, Montell refers to the scholar Robin Lakoff and her book Language and a Woman’s Place (1975) to underscore the fact that gender qualifiers distort what women see as possible for themselves, and others, by mystifying professional success. Elsewhere, Korn is wary of language that gets used to mask inequalities, citing the use of ‘harmless’ to downplay problematic attitudes and behaviors: ‘I was told again and again that something or someone was harmless. A harmless boy. A harmless old man. Harmless flirting. But who gets to decide what counts as harm?’

Korn borrows a verse from Audre Lorde: ‘for the master’s tools will never dismantle the master’s house…’ to illustrate her point that ‘the master is using the tools of the resistance […] to build a new house, erecting walls and a roof around the movement so insidiously that we hardly realize we’re being trapped.’ One such example of this insidious entrapment is The Flat Tummy Co. — one of the more alarming, and recent, examples of how the corporatization of feminism and inclusivity has pushed such terms to the point of nonsense by selling negative ideas — like dieting — under the guise of social progress. The company put up a billboard in Times Square encouraging women to tell their food cravings to #SUCKIT by having a Flat Tummy lollipop — a sweetened laxative — instead of food. Korn cautions that ‘if the words ’empowering’ and ‘inclusive’ can be applied to a garbage fire of this magnitude, we’re all fucked.’

At 28, Korn became the youngest editor-in-chief at Nylon: an online magazine focused on beauty, entertainment, life, and fashion, founded in 1999. For Korn, this was a dream come true: a realization of all the work she had invested in the improvement of women’s media. But despite the strides in her career, Korn shares her secret struggle with anorexia, using it as a springboard for a larger discussion on media and women’s bodies. The obsession with thinness in patriarchal cultures, and the underlying fear of visibly female shapes, is a cornerstone of feminism. The conflict between women reclaiming space in the social and political sphere, while still submitting to a literal fear of taking up ‘too much’ space, is an irony feminists have been grappling with for decades. Korn states: ‘sometimes it feels like the aesthetic goal is to be as tiny as possible without disappearing entirely—otherwise known as dying.’

Korn shares her ambivalence about working in women’s lifestyle media — even, or especially — as she reaped some of its most lucrative rewards: travel, designer clothes, and notoriety. Being a lesbian beauty editor in 2013 was sometimes an isolating experience, and one she felt compelled to justify both to herself and others. She reflects: ‘discourse around beauty as self-care, as something you want for yourself, and not for a man, had just recently taken hold.’ Indeed, the connection between beauty and ‘self-care’ remains a controversial one. Attempts to rebrand make-up as an act of self-expression, or as a diverse and inclusive practice, divides opinion. Where some people see a force for good: a radical revision of beauty standards, others see a cynical marketing strategy at the expense of a thoughtful discussion of cultural values.

As an editor in women’s media, Korn felt ‘caught between two worlds; the world of empowerment culture and the world of perfectionism,’ citing both as problematic. In each case, pop culture feminism becomes a ‘digital performance’. And, like most performances, it can lead to an unhealthy disconnect between our public and private lives. Moreover, corporate opportunism conflates ’empowerment’ and ‘perfectionism’. The Flat Tummy Co. is one such example, but so is Instagram more broadly. Whereas Instagram started as an exciting, if potentially liberating, alternative to traditional women’s media, it soon began to ape the very principles it once railed against.

For example, the ubiquity of heavily doctored images of women in advertising was initially challenged by Instagram; users posted ‘natural’ selfies which drew attention to their ‘flaws’. But these efforts were nullified by the advent of Facetune: an app that normalizes artificial beauty. In her view, Instagram has become ‘as toxic as, if not more so than, the runway — runway casting at least doesn’t pretend to represent real life.’

She also draws attention, as have many, to the uncomfortable connection between a commercial, patriarchal society telling women what they should buy and how they should look, and a neoliberal, feminist society that does the same thing. The aesthetic is different, but the result is the same: companies selling womanhood to women.

Scholars have been grappling with such concepts as ‘marketplace feminism’ for years, prompting the theory that we are now living in a ‘postfeminist’ society. Last year, McDonalds jumped on the bandwagon with their International Women’s Day advert. Before that, Mattel’s Barbie, of all things, launched their ‘Did You Know’ campaign in 2018. Ahead of the election, Mattel brought out The Barbie Campaign Team set available at $39.99 from Target and Amazon — the very places that epitomize economic and social inequality — via distribution and packing centers in the Global North and manufacture in the Global South. Barbies are made in China, Malaysia, and Indonesia, often by overworked and underpaid workers. In a similar vein, Korn refers to ‘Empowered Candles for Boss Women’ as one such — almost comical — example of ersatz feminism.

But for all her perceptive remarks on digital culture, some of Korn’s ideas feel undeveloped or confused. For example, she makes a fair point when referring to the exaltation of indie music as a female-friendly genre, only to later reveal the danger of seeing certain male figures, or cultural areas, as infallible. She states: ‘there are certain male figures we were just told to believe in, to trust. Our rock gods. Our politicians. Our medical professionals.’ (although ‘our politicians’ is debatable; many people have been raised not to trust politicians).

In the same chapter, Korn refers to the musical preferences she had when she was younger, stating: ‘I listened to Sleater-Kinney and Bikini Hill on repeat. I loved Camera Obscura and Feist and Azure Bay […] (and, yes, the culture I had access to in the early 2000s was very white)’. This feels a bit wrong. There was plenty of music available in the aughts from people of color. This comment implies that the overwhelming whiteness of indie music is a mere accident. The whiteness of indie music is a contentious issue — posing more questions than it answers — but Korn forecloses that debate by bringing it down to a matter of immediate availability.

That said, she is frank about her blind spots and this book is primarily a personal reckoning with a foundationally problematic genre: women’s lifestyle media. Korn is open about the limitations — both within herself and the industry — of improving it. As she puts it well: ‘I wish I could say that I’ve watched women’s media become consistently more empowering, but like everything else, it ebbs and flows.’

Today, as part of Netflix’s Most brand, Korn is happy to see better representation, although she is also wary of the fact that LGBTQ+ narratives still depend on cultural mood swings. In a recent interview for The Evening Standard, Korn said: ‘lesbians go in and out of fashion,’ but she wants to see sustainable representation. Everybody (Else) Is Perfect works well as an exposé of online journalism, in which Korn dissects the realities of digital media in an informed, but informal blend of essay and memoir. This is useful reading for anyone interested in the evolution of digital journalism, especially as it pertains to the struggles and rewards of mitigating a more diverse and inclusive system.

May, Naomi. “From Nylon to Netflix: LGBTQ+ storyteller Gabrielle Korn on Trump, TV and tokenism”. The Evening Standard. 28 January 2021.