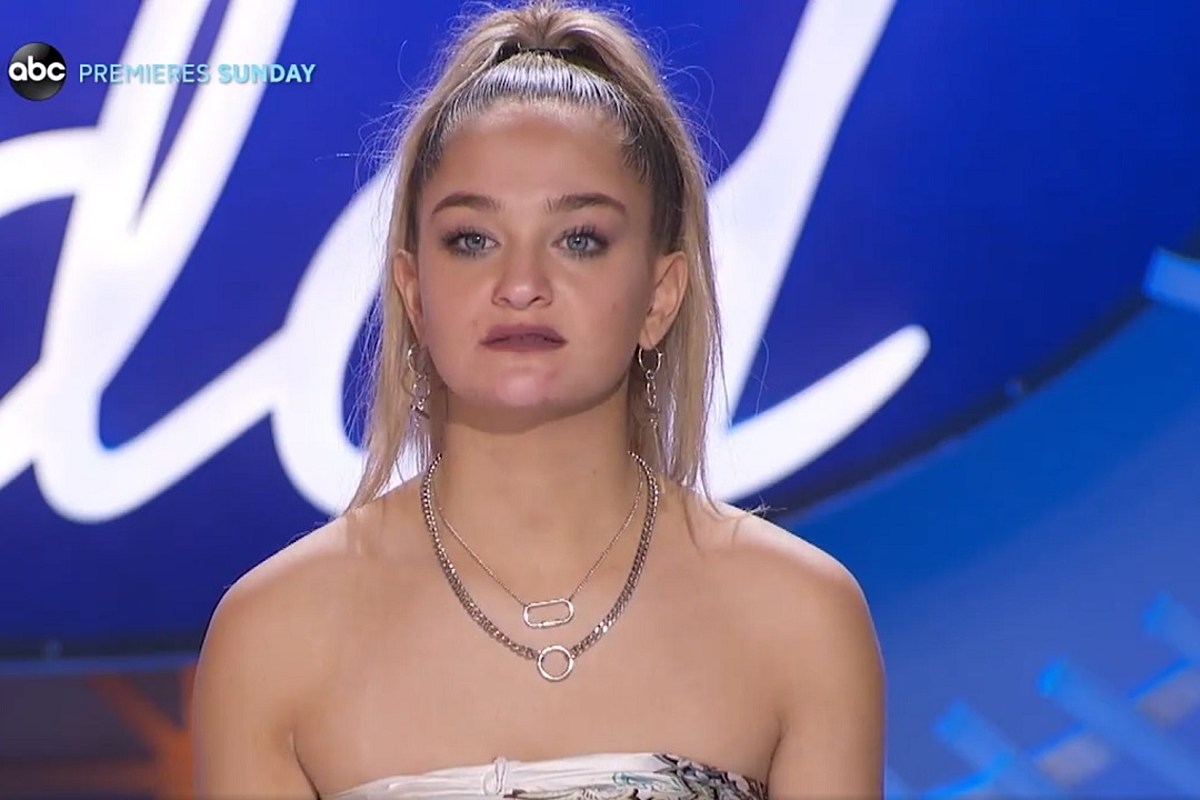 Did Claudia Conway make it to Hollywood on American Idol?

On Sunday (Feb. 14), the then-15-year-old (now 16) auditioned in front of Katy Perry, Luke Bryan and Lionel Richie on the Season 4 premiere of Idol. Her performance started off shaky, with Claudia first singing Rihanna's "Love on the Brain" to a lukewarm reception. After Katy gave her a pep talk, Claudia was asked to sing her second prepared song, which was Adele's "When We Were Young."

So, did she impress the judges?

Claudia made it through to Hollywood, earning "yes" votes from both Katy and Lionel, while Luke voted "no." Katy also offered Claudia words of wisdom regarding her high-profile parents and TikTok presence, telling the teen to try to "calm the storm" that surrounds her life so she focus on her voice. Lionel congratulated Claudia on making it into the competition.

Kellyanne Conway was not present for the audition but did appear on video conference after Claudia received her ticket to Hollywood, so she was able to share the proud moment with her daughter virtually.

See some reactions to her performance, below:

Before Claudia's audition aired, the teen revealed on TikTok that she wasn't happy with how things went during her time in front of the judges. As it turns out, she was under the weather during her audition, which may have impacted her performance.

"disclaimer that i am not happy with my idol audition," she wrote as the caption in a TikTok video. "i was so nervous and sick so i'm just giving everyone a little heads up."

Regardless of Claudia's American Idol audition, it's clear the teen has a solid set of pipes: In a recent TikTok video, Claudia, who grew up doing musical theater, showed off her singing skills with a video of her belting Édith Piaf's "La Via en rose," in French. Watch below:

Prior to her audition, Claudia spoke about her unique upbringing and love of singing in an Idol TV promo.

"So you probably know me as 15-year-old emancipation girl or that blonde woman from Fox News' daughter. I'm a little more than that," Claudia shared, according to a clip posted by People. "When your mom is working for the President of the United States, who you very much disagree with, it's hard. Most of my life, my feelings had been suppressed so then I got social media and was like, 'Well, yeah. Now my voice is being heard.'"

"The internet can be a very, very dark place," she added. "But when life is all going downhill, I have my music. Now, I want to get out of the controversy, get out of the drama and let people know that I am a singer and this is what I want to do."

Claudia first revealed she was auditioning for Idol in November 2020.

Claudia Conway is the daughter of Kellyanne Conway, the former Senior Counselor in Donald Trump's administration. She resigned in late August 2020.

Claudia's father, George, is a conservative lawyer and previously worked on the Lincoln Project, whose goal was to make sure that Trump did not get re-elected.

Claudia has seen her fair share of controversy on social media. She previously posted several videos of her and her mother arguing. She's also spoken out about her desire to be emancipated.

In January, Kellyanne allegedly leaked a nude photo of her daughter in a "Fleet" on Twitter. Local police were called in to investigate Kellyanne, though no details were made public about the investigation. At the time, both Kellyanne and Claudia agreed to take time off of social media to work on their relationship. Claudia has since returned to TikTok.