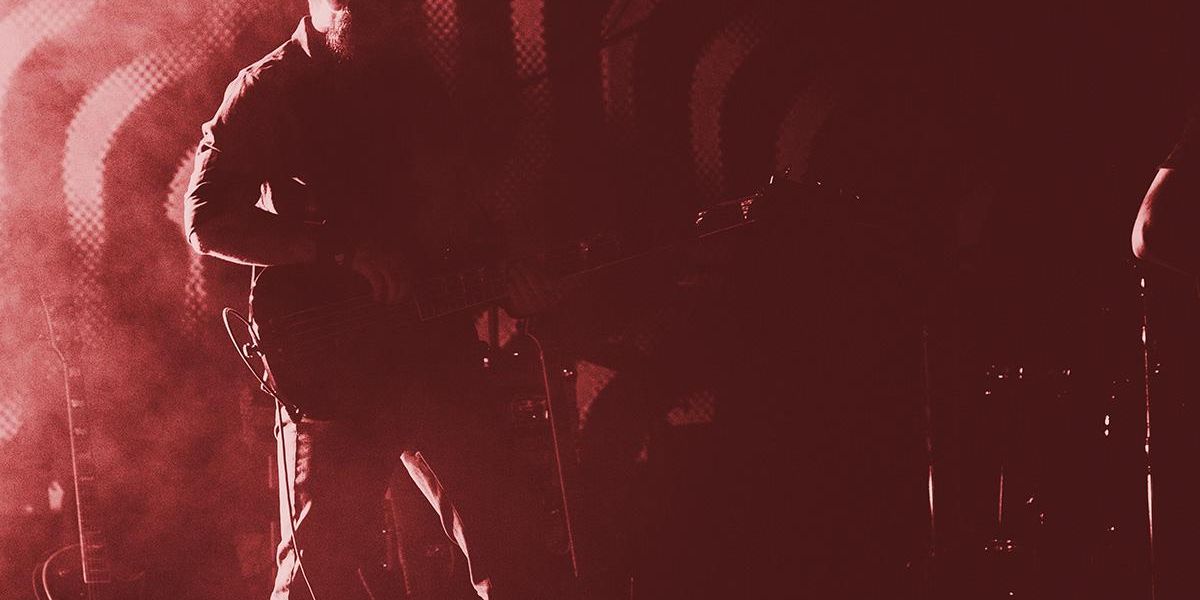 Since punk first flirted with country music—and vice versa—in the late 1970s, a tsunami of terminology has descended to capture this most curious of hybrids. Cowpunk, country punk, alternative (or alt.) country, Americana, no depression, insurgent country, twangcore, honky skronk, punkgrass, and thrashgrass are just some of the cross-genre markers adopted or applied by fans, bands, critics, and the music industry over the last 40 years. More than mere marketing categories, these descriptors variously capture the ironic humor, paradoxical interconnections, and rebellious attitudes punk has brought to a genre more known for its earnest candor, self-segregation from rock, and traditional conservative values. As such, cowpunk (or its various a.k.a.’s) is a reaction against conventional country, yet embodies some of its distant and deepest traits; likewise, it is also a reaction against punk, yet manifests as one of its purest expressions.

In contributing the “billy” in rockabilly, we should perhaps not be so shocked by this hybrid, considering that country planted many of the rebel roots of rock ‘n’ roll. However, by the ’70s, despite the presence of “outlaws” like
Willie Nelson and Waylon Jennings, country had become regulated by Nashville’s rules as the industry sought to expand its base with a “countrypolitan” sound that featured more orchestration than fiddles and steel guitars. Instead of Nelson and Jennings, Nashville celebrated John Denver and Olivia Newton-John as the new faces of country music.

A comparable transformation took place within punk culture at the close of the ’70s, too, as the industry carved out a more commercial wing in “new wave” for a broader demographic. By 1980, both punks and roots country lovers were wondering where the spirit and sound of their music had gone.

Nashville soon struck a compromise, fostering a cast of so-called “new traditionalists” (
George Strait, Ricky Skaggs, Randy Travis, Reba McEntire), while still giving them a slick makeover in the studio. Meanwhile, the Stalinist purge of raw roots country continued unabated as Hank Williams, Johnny Cash, and Merle Haggard disappeared from country radio as though they had never existed. Those seeking the rough-hewed sounds and razor-edged poetry of these “old” traditionalists were forced to retreat into their personal record collections as country went pop-country.

Similar sentiments could be heard at the same time coming from punks, many of whom bemoaned a loss of authenticity in new wave. Some withdrew into esoteric post-punk or doubled-down on punk with hardcore and oi. Others, both fans and musicians, found solace in the sincere sounds of American roots styles like rockabilly, blues, and old country. (Ex-) punk players may not have been able to replicate the sounds of vintage Hank or Cash—nor did they seek to—but they identified with the honesty and unvarnished production of their output. Looking, listening, and researching further, punks uncovered more common ground, such as the DIY practices of early country artists like Jimmie Rodgers and the Carter Family, whose self-taught training privileged “three chords and the truth” over complicated structures and complex musicianship.

Even if arriving at the music as middle-class cultural slummers, punks admired, if romanticized, the working-class roots of old country, determining them synonymous with rebellion, primitivism, and tell-it-like-it-is honesty about struggle and survival. Were these not the same traits and concerns at the heart of so many punk songs? Critic Don McLeese illustrates the analogy, stating, “Hank Williams was no cowpunk. But in his reckless abandon—the way he lived, the way he died, the music he made, the compromises he refused to make—he became the exemplar for every former punk rocker who began traveling that lost highway” (p.65).

Among the earliest of these travelers were a posse of British rebels disillusioned with the state and stasis of punk just a few years after its initial insurgence. The Clash were the reigning kings of punk hybrids in 1979, their London Calling album introducing listeners to the possibilities of ska-punk, punk reggae, punkabilly, and other cross-pollinations. While never venturing fully down cowpunk paths, their invitation to Texas country rocker Joe Ely to join them on their 1980 British tour was a bold one considering the negative regard most punks had for country at that time.

I recall that resistance in the form of spittle hailing down upon poor Joe during his set at Camden Town’s Electric Ballroom. Unlike some of their fans, The Clash were in full trailblazer mode at the time, intent on pushing punk forward by locating its spirit in pre-existing genres. Although the band’s showcasing of Ely did not immediately make country safe for punk, it cracked the door open for others to follow.

Among these was punk/new wave maverick Elvis Costello, who had opened his arms to country as early as 1977 when he used a US country act, Clover, as the backing band on his debut My Aim Is True album, which featured the notably country-oriented “Alison” single. Twiddling the knobs on that record’s sessions was Dave Edmunds who, along with fellow Stiff Records signatories Nick Lowe and Costello, established an early alt country beachhead amidst the indie enclaves of punk Britannia.

Costello tested the uncertain waters further in 1981, releasing Almost Blue, an album made up entirely of covers of songs from his favorite country artists, among them Gram Parsons, Hank Williams, and George Jones. Anticipating resistance from his lingering punk followers, Costello sent out the album’s first pressings with a sticker that declared, “WARNING: This album contains country & western music and may cause a radical reaction in narrow-minded listeners” (Almost Blue).

Others soon challenged their punk bases, too, Squeeze showing Nashville that pop-country need not be devoid of emotional depth, and the Mekons deviating from their earlier post-punk adventures into endeavors like Fear and Whiskey (1985), to some ears the very first alt. country album. Billy Bragg, who once imagined himself as the Clash without the band, inherited his heroes’ spirit of stylistic adventure, too, applying his cockney-punk intonations increasingly to country-folk songs, this culminating in the recording (with Wilco) of a number of lost-and-found Woody Guthrie songs on Mermaid Avenue (1998) and its sequel two years later.

Whereas dabbling in country was an exercise for a few disparate punks in the UK, a scene coalesced around similar genre-hopping in Los Angeles around the same time. By the early ’80s the initial gasps of primary punk were fading and the music industry was turning its attention not only to new wave, but to the new romantics and electro-pop acts dominating the recently established MTV. As these artists promised a brave new world of drum machines, synthesizers, and high-tech visuals, roots rockers and (suddenly) old punks looked backward to find what they perceived as a more authentic way forward.

Besides being a center of attention for the music industry, by 1980 L.A. had also become the main locus for punk rock, the faster and more aggressive hardcore sound eliciting a second wave featuring upstart acts like the Circle Jerks, Social Distortion, and T.S.O.L. However, this scene was so violent that many of the elders that had once played (or attended) local punk shows now retreated from the ubiquitous skinheads and slam dancing. Seeking a kinder, gentler environment, they reemerged around less frenetic styles, crafting hybrids that merged punk with the blues (the Gun Club, the Flesh Eaters), rockabilly (Levi and the Rockets, X), and country (the Blasters, Rank and File).

In his essay, “No Slow Songs Tonight: 1979-1982”, Dave Alvin, guitarist for the Blasters, recalls the hostile environments his band found themselves in when playing the L.A. hardcore circuit. Sharing bills with the likes of Fear and Black Flag, the band endured both verbal and physical attacks from angry, narrow-minded young punks. As a form of self-defense, they played their roots music, Alvin recalls, “really fast and really loud…push[ing] the music, the audience, and ourselves to the limit” (Doe, p.224). The end product came to be known as “cowpunk”, a catch-all term for roots-rocking punk. The city boasted its own country circuit at the time with direct channels leading to Nashville, but there was no room there for the likes of the Blasters, who had to settle for releasing their material on local indie punk label, Slash Records

These punk hybridizers did not go unnoticed, though, as Lone Justice, Jason and the Scorchers, and the Beat Farmers followed suit, establishing cowpunk as a vibrant and innovative alternative. Also listening in was a self-described “hillbilly” from Kentucky whose love of Emmylou Harris’ roots sound had led him to her home base in L.A. Dwight Yoakam had a rock swagger that lent itself more naturally to the cowpunk than country circuit, and his irreverent attitude towards corporate country initially made him a pariah in Nashville. So, he settled into L.A.’s post-punk circuit, surrounding himself with ex-punk musicians and playing up-tempo honky-tonk at punk clubs, where he opened for the likes of the Blasters and X.

The L.A. cowpunk scene reached its peak of popularity in the mid-’80s, though few of its bands made it beyond that scene in the midst of the MTV decade. However, its influence was vast, from inspiring other local roots-rock movements like the paisley underground (the Long Ryders, Green on Red, Rain Parade), to establishing country music as a viable ingredient within the post-punk bouillabaisse.

The primary and sometimes sole outlet for (post-)punk’s experimentations with roots-rock hybrids was college radio. There, one would hear the Replacements oscillate between punkabilly screamers like “I’m in Trouble” (1981) and country drinking songs like “Here Comes a Regular” (1985); or the Violent Femmes bringing acoustic instruments and snarling vocals to off-kilter songs of loss and woe like “Gone Daddy Gone” (1983) and “Hallowed Ground” (1984). There was country in these songs, and punk, too, yet the hybrid came out in new and different manifestations.

Dominating alternative rock’s take on country was a pervasive sense of irony, a take on traditional country tropes of drinking and heartache that verged on parody. As such, the synthesizing of bands like the Dead Milkmen was between country themes and punk sarcasm as much as between music styles. The same can be said of other college rock wits like Mojo Nixon and the Butthole Surfers, both of whom used country and punk conventions as vehicles for their eccentric humor.

Contemporaneously, more bizarre hillbilly humor was dredged up from the swamps by Southern Culture on the Skids who, as their name suggests, playfully addressed long-established stereotypes of country living, including songs about sex and chicken(s) that recall the infatuations of Hasil Adkins. From this tangent one can trace a y’alternative legacy that runs far and wide and up to the present day, through “hellbilly” mavericks like Hank Williams III, punkgrass speedsters like Split Lip Rayfield, and idiosyncratic alt. country traditionalists like Whiskeytown. The tradition even boasts its own business representatives in Bloodshot Records, the independent label boasting innumerable country acts carrying the requisite spit and vinegar credentials.

If (cow)punk’s identity is one crafted from positioning itself as the underdog and antagonist to exploitative, uncaring corporations, then Bloodshot is the perfect label for those so inclined. In fact, their romantic self-portrait as a mythic David to Nashville’s Goliath is captured in the glorious hyperbole of their mission statement. “There comes a time when every man feels the urge to spit on his hands, hoist the black flag and start slitting throats,” they declare, quoting H.L. Mencken, before adding, “Help us keep our steel-toed work boots firmly on the throats of the enemy” (Bloodshot).