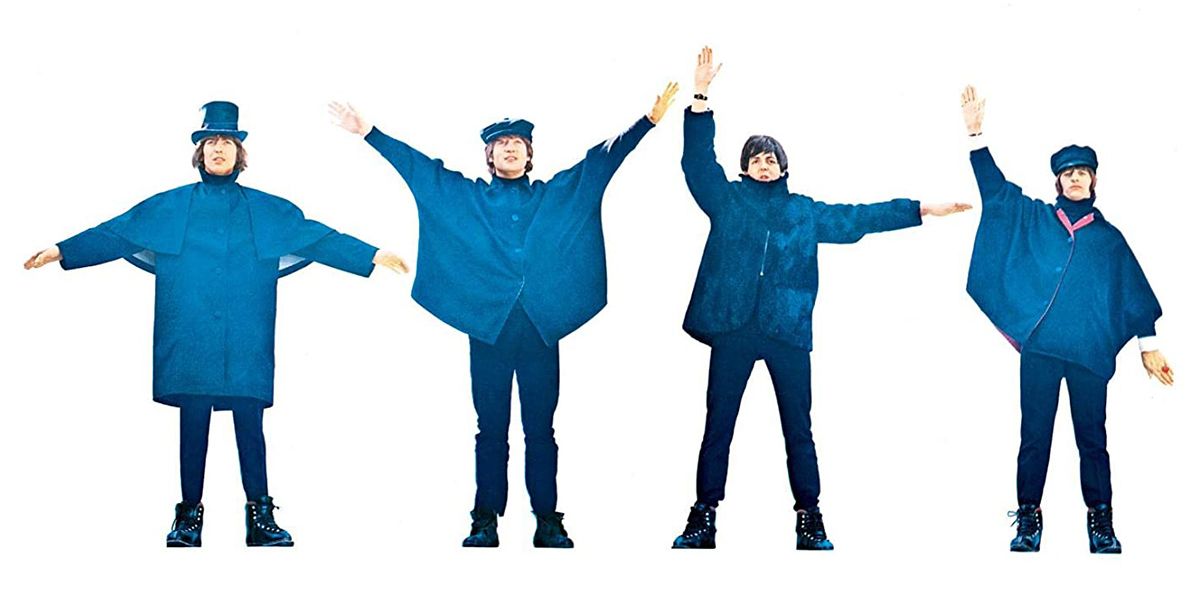 “When Help! came out in ’65, I was actually crying out for help. Most people think it’s just a fast rock ‘n’ roll song.” That’s John Lennon in 1980, describing the song and anguished word that open the album of the same name. As mid-1960s pop stars, the Beatles were obliged to make a cinematic romp to follow-up 1964’s A Hard Day’s Night, and that included a theme song. So, Lennon poured out his pain. His life was starting to seem unreal and absurd, he and his bandmates existed in a perpetual state of stoned giggling, and he was stressed-out and busy. I say all of this not to elicit sympathy for Lennon, but instead to show how he was starting to fuck with the pop system he resented. After all, it would be years before pop songs were assumed to be personal. Did anyone in the room beside Lennon have any idea that he’d just smuggled the most autobiographical song he’d ever written into the end credits of a ludicrous teenybopper flick about an Indian cult trying to kill Ringo?

You might think “Help!” is about a girl, as Beatles songs tended to be about girls back then. But, nothing in the lyrics gives any indication that this is true. (“Think for Yourself” from Rubber Soul also plays with this assumption.) It really is a cry for help, and beyond that, it’s a song about admitting the need for help, a song about itself. Subtexts like these always slither beneath the surface of Lennon’s songs. For instance, “You’re Gonna Lose That Girl” frames a man’s naked pursuit of his best friend’s girl as an act of altruism; it was a small step from that to Rubber Soul‘s “Norwegian Wood” and its hidden tale of arson. There’s a sense in these songs of getting away with something. That bravado radiates from every pore of Help! , an album the Beatles made at the peak of their ubiquity and close to the peak of their powers.

Lennon was still the band’s most potent songwriter in 1965 (McCartney would take over the following year, embracing his auteurism) and contributes Help!‘s three best songs: the title track, “You’re Gonna Lose That Girl”, and “Ticket to Ride”. If the former two songs showed how fragrantly Lennon’s songwriting had ripened, the latter showed how the band was beginning to spread out territoriality. A droning and churning thing that predicts much of the decade’s later bad-trip psych, “Ticket to Ride”, was their first tune to surpass three minutes (clocking in at three minutes and ten seconds, no less). Maybe it was the weed, but they had to stay on that chord a little longer; they had to drag out that drum fill an extra two bars, and the song’s better for it.

That might not seem like a big deal, and maybe the band itself didn’t give it a second thought. However, the limitations of early 1960s pop songwriting meant that the three-minute mark was rarely breached. Artists like the Beatles, Elvis Presley, and Tom Jones crammed astounding amounts of content into timestamps reserved for ambient interludes on today’s pop albums. No commercial caveat was ever more beneficial to songwriters, and most radio hits today are overlong rather than otherwise. But, the cat was already out of the bag with Bob Dylan’s “Like a Rolling Stone”, and by the time of Sgt. Pepper in 1967, economy would cease to be a concern in the Beatles’ work and rock music as a whole.

While earlier albums like Please Please Me were great mostly because of the writing, the emotional load on Help! is borne just as much by the instrumentation. From a writer’s standpoint, “I Need You” is as weak as most of George Harrison’s songs from the time, but it’s one of the album’s most affecting songs because of the way the guitar plays slightly out-of-sync as if it’s choking up. Likewise, listen to how the strings get higher and more wounded with each new verse of “Yesterday”, as well as how the snaky flute at the end of “You’ve Got to Hide Your Love Away” predicts the wonderful things they would do with woodwinds on their psychedelic work (“Fool on the Hill”, “Flying”, “Strawberry Fields Forever”).

But some of the most surprising moments on Help! come from the under-loved, overlooked, and happy-go-lucky Ringo Starr—not just because he sings Buck Owens’ “Act Naturally” as if the prospect of starring in a movie is as much of a drag as going back to work on Monday, but because he was beginning to realize how much emotional heft the humble drum set could provide. Hear how he illustrates “Help!” with alarming cymbal-crashes, like a hue and cry being raised, or how a glorious blossoming of tambourine cues “Ticket to Ride” back into the verse. Or, how much ennui and discontent an unenthusiastically smacked tambourine implies on “You’ve Got to Hide Your Love Away”. All of this would lead into the following year’s single “Rain”, one of the only songs in rock whose drum fills can wrench tears.

Like all Beatles albums, Help! contains moments of delicious cleverness, striking beauty, and tremendous risk. Yet, it also reminds us how unlikable the Beatles could be. “Another Girl” resonates more for its meanness and spite than its pop chops. “You Like Me Too Much” is possessive and creepy, and though Lennon superficially seems to care about the girl’s feelings on “You’re Gonna Lose That Girl”, it’s apparent that he’s just trying to get her away from his “friend” and into his arms. Only “Yesterday” shows any fairness, as Paul admits that he, “said something wrong”, which is a few shakes more evolved than the sentiment expressed on “Tell Me Why” from A Hard Day’s Night (“If there’s something I’ve said or done / Tell me what and I’ll apologize”).

It’s also an inconsistent album compared to the records that bookend it (Beatles for Sale and Rubber Soul). The first side is vastly superior to the second, which contains fluffy trifles like “It’s Only Love” and “Tell Me What You See” that contribute to the Beatles’ enduring reputation as saps. Those songs have redeeming qualities—a catchy, angular melody on the former and a lovely electric-piano trill on the latter—but are far from great. “I’ve Just Seen a Face” is better, but it’s still the band’s least successful foray into country. Plus, John’s shouted cover of Larry Williams’ “Dizzy Miss Lizzy” is an obvious attempt to make the “Twist and Shout” lightning strike twice. Though it’s a lively cut animated by Lennon’s abiding love of rock ‘n’ roll, it’s haphazardly tacked onto the end as an afterthought.