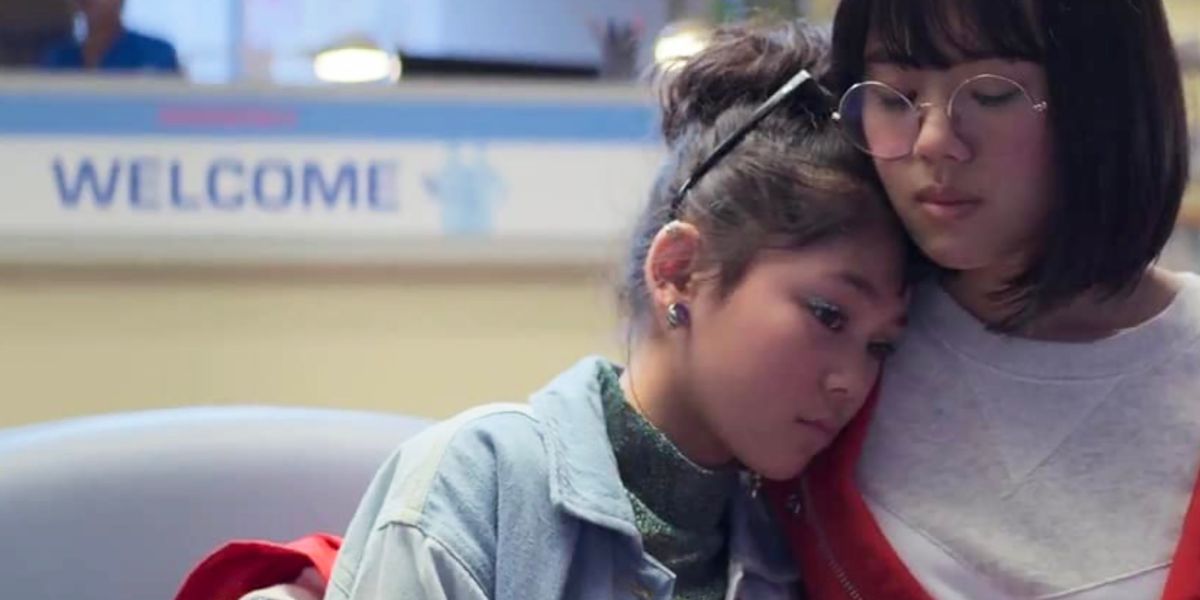 Like many elder millennials, my 1990s childhood consisted of a steady diet of MTV’s Total Request Live, Cool Ranch Doritos, and The Baby-Sitters Club books. The series, by Ann M. Martin, tells the story of five teenagers who start an analog-era Uber-for-babysitters-style business. The series has continued to have relevance well into the 2000s, first with comic adaptations and, most recently, Rachel Shukert’s Netflix series, now in its first season.

The show has kept what was best about the books’ characters, like the exuberance of Claudia (Momona Tamada), a Japanese-American artist and junk food junkie, and the persistence of Kristy (Sophie Grace), the club’s leader. While the handling of New York sophisticate Stacey’s (Shay Rudolph) disability was disappointing, other characters have been smartly updated. For instance, the metamorphosis of the book’s blonde California surfer Dawn into the show’s Dawn (Xochitl Gomez), a Latinx Los Angeleno with a gay dad, feels authentic and fresh.

However, the show’s treatment of Mary Anne Spier (Malia Baker) is transformative in a way that breathes new life into the series for old fans like me. In the books, Mary Anne is the hyper-organized club secretary, most often described as babyish and shy. As a kid, I only begrudgingly read the Mary Anne-centric books. As an avowed “Claudia”, I found Mary Anne boring. Looking back, I’m shocked that I never saw what Mary Anne and I had in common. Mary Anne’s mother died early in her childhood; when I was reading The Baby-Sitters Club books, I learned that my mother would not survive her cancer. In the show, Mary Anne’s key character traits take on new meaning. It becomes clear, early on, that she is grieving.

In episode four, “Mary Anne Saves the Day”, Mary Anne’s “shyness” is recast more astutely as anxiety. Dawn takes Mary Anne to an “all-female cookout”, aka a “new moon ceremony”, and when the “talking stick” is passed to a terrified Mary Anne, she runs away. Grief counselor and author, Claire Bidwell Smith, explains in Anxiety: The Missing Stage of Grief (Da Capo, 2018) that “shock of everything that comes with losing someone significant is a powerful catalyst for all the feelings of fear and dread that constitute anxiety.”

When Dawn catches up to her, Mary Anne apologizes for all her insecurities—for being shy, uncool, and scared. In a move that might be the most radical of all Dawn’s new age habits, rather than assuring Mary Anne that she is

not those things, she accepts them, saying, “who am I to tell you otherwise.” Dawn thus provides a powerful foundation for their friendship by showing that she accepts Mary Anne’s anxiety, and therefore her grief, as a part of her identity.

For those experiencing motherloss, that anxiety is often wrapped up in a lack of a strong sense of self, a feeling that we are never quite whole. Indeed, in Motherless Daughters (Da Capo, 2014) Hope Edelman reminds us that “without a living mother to refer to for comparison, a daughter invents much of her identity alone.” In the show, Mary Anne is depicted as biracial, so she must also invent her Black identity on her own.

In the books, Mary Anne’s uptight father compels her to wear her hair in two long braids that hang over her shoulders. In the show, the uptight father and the braids remain, but when, in a burst of bravery, Mary Anne asks if she can wear her hair differently, her father seems surprised, explains it was the “only thing your mother taught me to do.” Cast in the light of her biracial identity, the braids are less a symbol of her father’s need to control his daughter (perhaps his own reaction to loss), but as a symbol of all the things that he, as a white man, will not be able to teach Mary Anne about her identity as a biracial woman.

One of the keys to healing from grief is finding a balance between honoring the deceased’s memory and moving on. In episode six, “Claudia and Mean Jeanine”, Claudia and Stacey descend on Mary Anne’s “babyish” bedroom, referring to themselves asQueer Eye stand-ins. At the big reveal, Mary Anne’s eyes linger on the empty space where an illustration of Humpty Dumpty once hung.

Later, the show reveals that not only was it a centerpiece to Mary Anne’s room, but had once belonged to Mary Anne’s mother as a child. Kristy, Mary Anne’s oldest friend, helps restore Humpty Dumpty to the wall. Rather than erasing Mary Anne’s loss, her new room incorporates the memory of her mother.

When my mother died, I was encouraged to move on quickly. But like many families, ours was blown apart by grief. We thought, mistakenly, that the best way to work through our feelings was to push them away. I wish that back then I had recognized in Mary Anne what I see now—that though she’s suffering from the loss of her mother, with the support of her friends and family, who accept her as she is, and by keeping the memory of her mother close, she will survive. She will thrive.

Now, as the COVID-19 pandemic upends our families, communities, and way of life, we see the rise of an age of grief. Our children, especially, will struggle to make sense of the loss of grandparents, teachers, and members of their community. They will grieve other losses, too, like the loss of school, birthday parties, and normalcy. The Black children in our communities will have further losses, not only because of COVID’s disproportionate damage to their communities but because of the collective mourning that has bubbled over in the face of systemic, racist violence. Let us point all our children to characters like Mary Anne, who can serve as a guide to grief, to show them how, with time, a loving support system, resilience, and memory, they too can heal.

This article is part of PopMatters‘ Love in the Time of Coronavirus series.