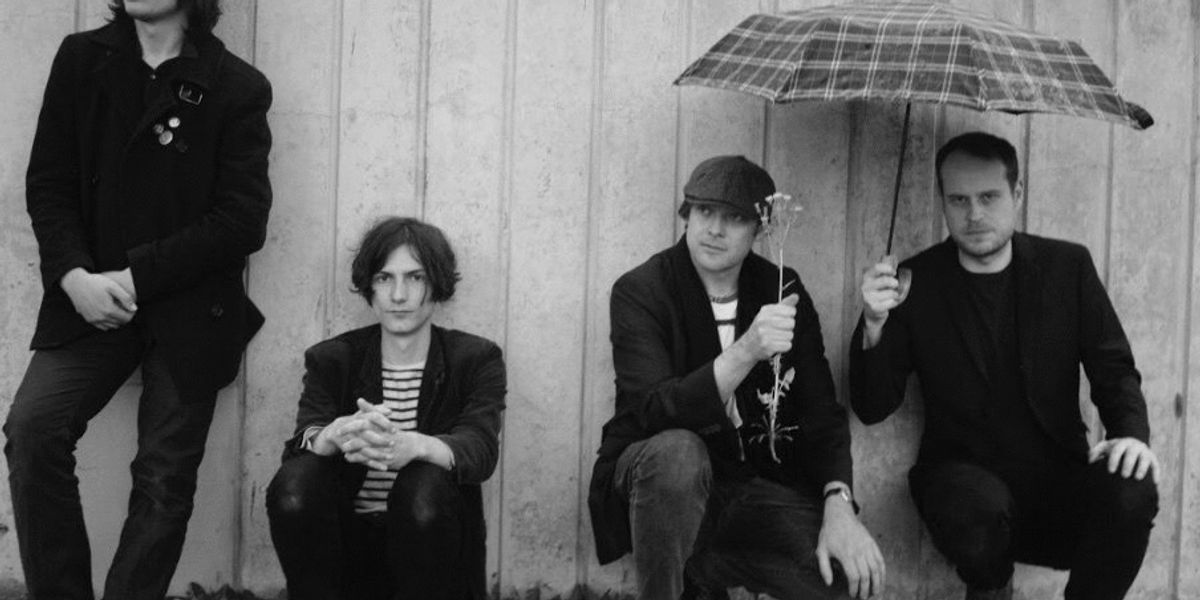 The Academy of Sun’s new album The Quiet Earth is an interesting mish-mash of styles. Singer-songwriter-pianist-bandleader Nick Hudson prefers to use “Gothic dystopian post-punk” to describe the band. Still, to my ears, there’s a lot more 1970s progressive rock in their sound, albeit without the epic-length compositions, than post-punk. Gothic works, though, as there’s an overwrought sense of doom and gloom running through most of The Quiet Earth. Stylistically, Hudson’s vocals are also nestled comfortably between musical theater and goth and goth-adjacent singers like Ian Curtis and Peter Murphy.

The opening song “The Quiet Earth” sets the stage for the album quite effectively. Hudson’s theatrical baritone voice intones, “Airships fell from the sky / Like punctured planets” over an intricate piano accompaniment. It’s clear from the song that Hudson is a classically trained pianist. The level of technicality is a couple of steps above many of his rock piano contemporaries. The twin threads of theatrical vocals and noticeably intricate piano remain consistent throughout the album. The second song, “Polestar”, brings in the rest of the band, with quiet, tom-heavy drums, subtle guitar, and steady bass. But it also includes a tambourine, glockenspiel, synths, and operatic soprano backing vocals with heavy vibrato (or is it a theremin? Could be!). Third track “The House” changes it up by featuring a prominent acoustic guitar and limiting the piano to a single, repeating note. But it doubles down on the vocals by having Hudson singing lines, without significant breaks, for the song’s entire five-minute length.

Hudson does take a break from his gothic seriousness for a few lighter moments. They’re more droll than funny, but “Kidnapping an Heiress” and “So What, Caravaggio” provide respite from the general overwrought tone of the album. “Kidnapping an Heiress” is a lively rock song that has advice about how to kidnap an heiress. The critical line comes in the chorus, where Hudson intones about said heiress, “Even her blindfold is bespoke.” Things go wrong in the song’s bridge, when, instead of getting a considerable ransom, they “Kidnapped an heiress / Just like you said / But nobody listened / Nobody cared.”

“So What, Caravaggio” uses ticking clock drums and sparkling synths to set up tension in the verses. That tension is released in the refrain, where Hudson repeats, “So what / Caravaggio / Was a murderer” over pounding drum fills. The song then twists out into a hard-hitting digression, allowing the band to really rock out before slowing way down and eventually returning to the chorus to finish out the song. It’s not as lighthearted as “Kidnapping an Heiress”, but it’s nice to hear the band loosen up and rock out.

A few of The Quiet Earth‘s songs didn’t quite connect. “Charboy in the Cinders” is five minutes of oppressive heaviness, and it turns out turning Hudson’s goth sensibilities on a specifically doomy song is a bit too much. “Don’t Touch the Animals” is a five-minute piano ballad that feels underwritten. It has a simple piano melody that works just fine, but the vocal refrain, which is just “Don’t touch the animals” repeated over and over and over, is not good enough to carry the whole song. “Inferior Designs” takes full advantage of Hudson’s piano skills, with a Debussy-like impressionist-style showcase. But it doesn’t mesh well with pop songwriting, so it ends up as an awkward combination of two boring vocal verses separated by two instances of a pretty fascinating piano interlude.

Despite these missteps, The Quiet Earth is an enjoyable album. Even penultimate track “Everything at Once Forever”, which at first seemed like a poor impression of a hard rock song, eventually won me over. The production style of the album does this particular song no favors, blunting the noisy power of the guitars into just another part of the mix. But after five consecutive mid-tempo or slower tracks, it’s an excellent way to push towards the end of the album. The record does close out with another mid-tempo track, “Cloud Prayer”, but the active drum part at least gives it some motion. It also builds effectively to a noisy climax before beginning a long fade away.

Nick Hudson has a lot of ideas, and I’m impressed at how well this album hangs together. The Academy of Sun has a cool vibe if one is attuned to Hudson’s theatrical, over the top style. If you fall within the Venn diagram that includes both goth music and musical theater, The Quiet Earth is an album to check out. Others may want to proceed more cautiously.