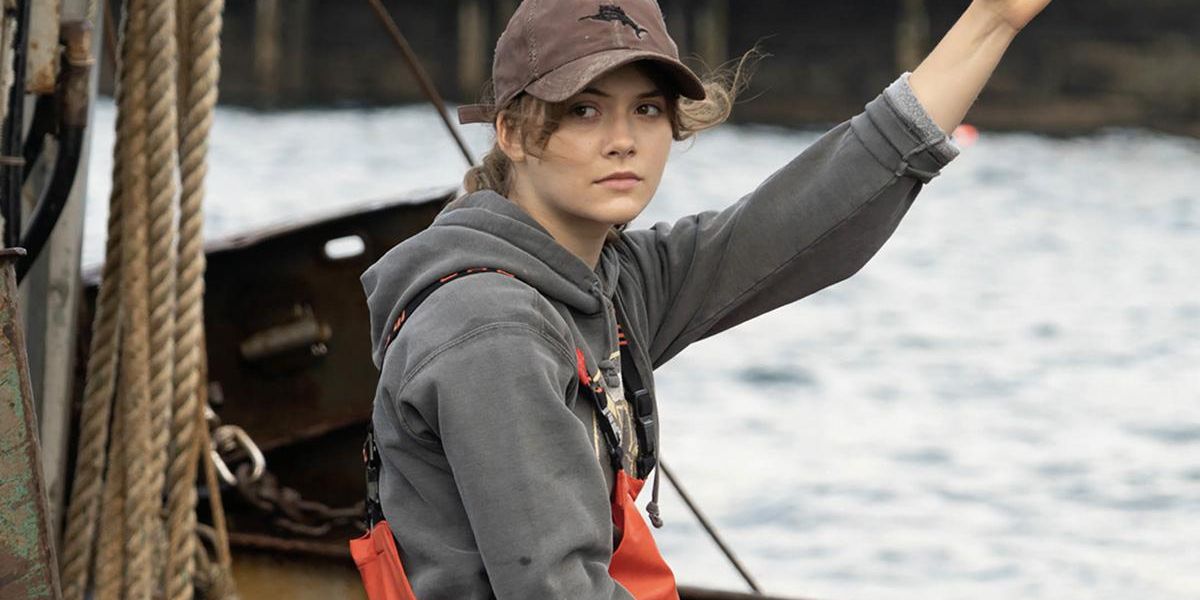 From the start, it’s abundantly clear that the central mission of Siân Heder’s CODA—one of the opening films of this year’s virtual Sundance Film Festival—is to make a story that families within both the deaf and hearing communities can recognize within themselves.

Following high school senior Ruby Rossi (Emilia Jones), the hearing-capable daughter to two deaf parents (Marlee Matlin and Troy Kotsur) and sister to an older deaf brother Leo (Daniel Durant), the film goes through great lengths to illustrate the profound normalcy of life as or around deaf adults. The Rossi family cracks jokes, argues, celebrates, annoys, and insults each other with the same effortless chemistry of any family, all while communicating exclusively in American Sign Language.

One of the film’s great challenges is to establish dynamic comedic timing in ASL that works on screen and showcase that ASL is equally as expressive, improvisational, and creative as any language. It largely succeeds on that score—though the humor itself, ranging from fart jokes to invented signs for “twat-waffle” and “shitface”—falters when it strains to be relatable. Ultimately, CODA—an acronym for “child of deaf adults”—yearns for its audience to understand that deafness, with all its challenges, is no impediment to a healthy, functioning, happy life.

That insistence on ordinariness, though, also manifests itself in ways that render the film suffocatingly formulaic. It’s set in the working-class Gloucester, Massachusetts fishing community, where Ruby and Leo work on their father’s boat to make ends meet. Socially isolated because of her family’s disability, Ruby finds self-worth in music after joining her school’s choir class. When the fishing council and government regulations threaten her family’s livelihood, Ruby is forced to balance her growing personal ambitions with her family’s dependence on her.

CODA establishes itself less as a family drama and more as a teen romantic comedy early on. It’s the presence of Miles (Ferdia Walsh-Peelo), a boy Ruby has a crush on, that cues her to join the school choir, and from that point, the tropes start hitting fast. Bernardo Villalobos (Eugenio Derbez), the eccentric, flamboyant choir teacher hiding unexpected inspirational depths (he likes to say things like “There are plenty of pretty voices with nothing to say. Do you have something to say?”), recognizes special talent in Ruby and not only starts tutoring her for an audition at Berklee College of Music. He also assigns her and Miles a duet to perform.

The film hits all the standard beats here: the crush’s awkward first meeting with the parents, the second-act misunderstanding that threatens to tear Ruby away from Miles, the conflict between Ruby’s responsibilities and Mr. V’s charge that she isn’t taking singing seriously, etc. It’s through this rigid convention that CODA smuggles its questions about family and independence: what is love and what is unhealthy dependence? What does independence mean for the deaf community? What does it even mean to be independent in a tight-knit family?

Unfortunately, the story of Ruby’s home life is no less contained by the rote Hollywood rubric. The Rossis are a multi-generational fishing family starting to feel the financial squeeze of lower sell prices and federal inspectors who threaten to revoke their fishing license without a hearing-capable crewmember like Ruby. While the character motivations are stronger here than with Ruby’s sudden attraction to a boy she’s never met, the film’s focus on the plight of the withering commercial fishing industry distracts from the particulars of the family’s story, shifting its conflict from the gulf of understanding between different generations of deaf and hearing family members to a superficial working-class struggle against big government. Federal regulation also makes a strange enemy in a film about disability, particularly when it’s treated with such bizarre stick-it-to-the-feds fanaticism. It feels custom-built to reinforce the broader themes of independence, but it diverts attention more than elucidates.

CODA‘s fundamental problem, though, is that, despite investing so much in portraying the deaf community with respect, diligence, and depth, any authenticity it manages as the result of an excellent deaf cast and consulting team is counterbalanced by its reliance on sterile Hollywood structures. It seeks to normalize the everyday experiences of the deaf community through the commercialized tropes of the same industry that has maligned and ignored them for so long. It feels misguided.

As cloying as it is, though, that overbearing commercial instinct doesn’t sink the film. This is a film that believes in its message with every moment. While it may try to emulate them at times, CODA is clearly not an over-polished, corporate product like many modern teen romcoms, and more often than not, you can still feel the warmth of its earnest intent through the cold stone of its clichés. Its supreme earnestness saves it.

Much of the credit belongs to the cast, including Kotsur and Matlin, who are clearly having a blast the whole time, an explosive Durant, and especially Jones. The film asks far more of her than the typical teenage lead: singing, signing, comedy, drama, romance, and, in some key scenes, most of it at once. It’s a far more dimensional performance than you’ll see in something like Love, Simon (Greg Berlanti, 2018) or To All the Boys I’ve Loved Before (Susan Johnson, 2018), and Heder’s direction and writing is dedicated to really emphasizing the nuances of ASL for an unfamiliar audience. The dramatic intensity with which Heder and her cast deliver signed shouting matches, for example, makes for great, visceral cinema and, in stray moments, feels like a transformative step for deaf representation on screen.

If audiences don’t respond to CODA‘s more generic construction, they will feel and respond to its passion and heart. It’s what transforms the film’s frustrating issues into negligible quibbles, and its cheesy moments into endearing ones. For every clumsy pop-music montage, there’s an inspired, artful flourish or a tear-jerking exchange. The film is clearly the product of a cast and crew with a unified commitment to their mission, elevating it beyond its fairly shallow skeleton. If CODA embraces overfamiliar story principles to normalize and universalize the experiences of the deaf community, it’s at least wringing a noble purpose out of its conventionality. If you’re going to do formula, do it that way.