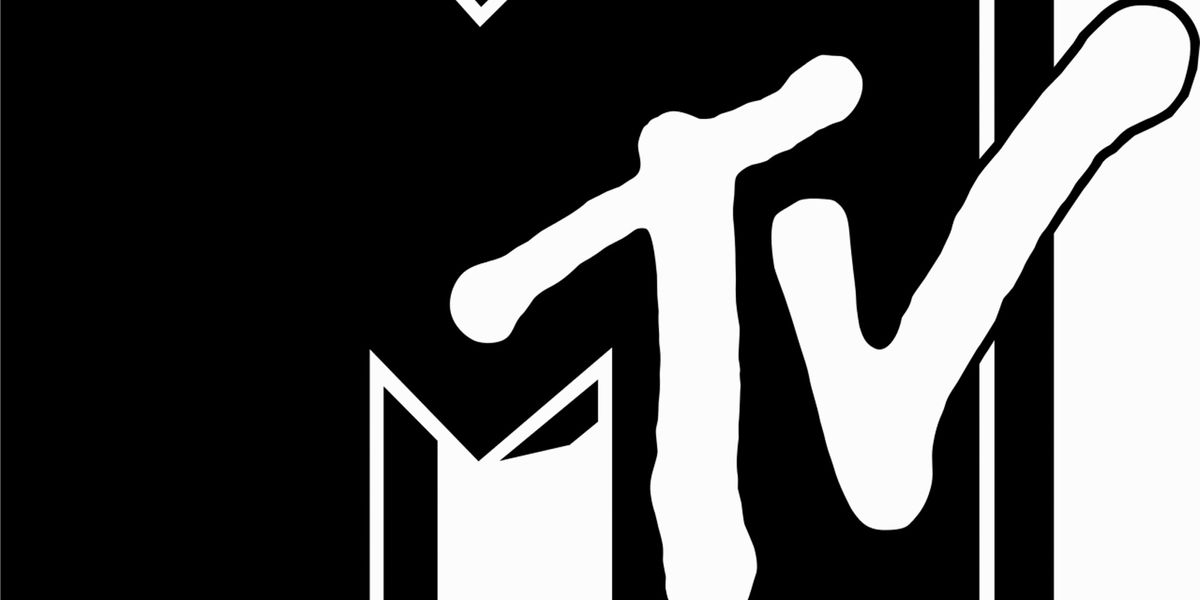 The first 10 seconds are iconic: an ashen ambiance, dirty Converse canvas high tops bouncing to the beat, white gym socks, sullen cheerleaders, a modest guitar intro that quickly builds into a ripping sonic assault, and then a peek at a rock star out of the pages of Dr. Seuss — the striped shirt and straggly hair of Kurt Cobain.

In 1991, it seemed as if Nirvana burst onto the scene, changing music forever. Based on the out-of-nowhere success of the single “Smells Like Teen Spirit”, dorm rooms and bedrooms across the United States were covered in posters of the band and blown-up images of the cover of their second release Nevermind. Seemingly overnight, fans and critics hailed Nirvana as one of the most important bands in history. Grunge swept the nation.

In retrospect, the rags-to-riches story holds up pretty well, though there certainly was a straightforward “hidden” message on the Nevermind artwork: the innocent, naked baby contrasted with the lure of money on the end of the hook. This notion of selling versus selling out would haunt Cobain for the rest of his short life, as it would other grunge rockers who shot to fame in the early 1990s.

The independent label ethos that led to regional success and became a kind of guiding influence for groups like Nirvana and Pearl Jam directly conflicted with the major recording label desire to sell millions of CDs. The rubber met the road when it came to music videos.

In this vein of art versus commerce, it is impossible to discount MTV’s role in breaking Nirvana nationally, just as it had been launching bands for the previous decade. Perhaps for the first time in music history, however, hearing Nirvana on the radio or buying Nevermind on CD was much less important (almost nonexistent) in relation to seeing the band on MTV.

The notion that music television established grunge is antithetical to the movement’s basic roots, which were derived from an underground aesthetic. The reaction of many of grunge’s iconic figures against videos — from Kurt Cobain appearing on MTV dressed in a bright yellow prom dress to Pearl Jam’s refusal to do videos after its debut album Ten — reveals the gulf between principle and reality.

However, the popularity of music videos and the power of the network forced grunge bands to enter the video world and the broader mainstream culture, even if they may have despised the situation internally. The road to fame led through MTV, and getting music out meant playing the MTV game, even if coerced.

The history of the music industry is fueled by innovation and technology. From Thomas Edison’s invention of the cylinder phonograph in 1877 to the advent of MP3s and digital music in recent years, each subsequent invention builds upon its predecessor, thus revolutionizing music performance and how artists and music are sold, and guides or influences consumer response. The intersection of performance (the music and musician) and audience response (people listening and/or purchasing) defines the business.

As innovation enabled music to become a visual aspect of culture, artists responded by transforming into performers across media channels. Fans not only enjoyed seeing their favorites but soon were comfortable with the cross-platform approach and even expected to have opportunities to view artists. Seeing the Beatles or Elvis Presley in movies or on The Ed Sullivan Show, for example, became more routine in a culture dominated by film and television.

Throughout most of the 20th century, though, despite the power of the viewing screen, radio and albums still ruled in terms of how people most often accessed music and musicians. Gradually, however, with the proliferation of cable television and more TV options for viewers to choose from, the situation began to change. Then, in 1981, the collective demand rang out from the Police to Pat Benatar, hyping the new station: “I want my MTV!” The revolution was on.

In the decade from 1981 to 1991, MTV grew into a creator of youth culture. First, the cable network rode a wave of telegenic British groups and musicians, such as Duran Duran. Then, it put burgeoning pop stars like Madonna and Michael Jackson into heavy rotation. In the mid- to late 1980s, the network then turned to glam metal, promoting the music of Mötley Crüe, Ratt, and Van Halen to the hearts of mainstream America. MTV grew into the epicenter of the music industry, with its VJs becoming household names (remember the feathered-hair omnipotence of Adam Curry?) and its shows like Buzz Bin and World Premiere Videos driving fans to record stores.

As the 1980s bled into the 1990s, a new vibe bubbled to the surface, as teen Gen Xers grew into more socially-conscious and thoughtful college students and young adults. While hair metal remained popular, MTV shifted gears to a new sound represented by the first alternative, college-radio band to launch into superstardom (R.E.M.). In February 1991, the underground favorite released “Losing My Religion”, a pop- and mandolin-infused single quickly placed in heavy rotation on the network. As a result, R.E.M. skyrocketed from breakout band to global domination, which cemented the marriage of MTV and alternative music.

Later in 1991, MTV’s championing of “Smells Like Teen Spirit” showcased darker, more angst-ridden music. While the “grunge” label already existed, soon commentators and others called the whole post-Nirvana alternative movement grunge, packaging it for easy consumption by the Middle America buying public. MTV played an instrumental role in making this music mainstream since many music fans received their first exposure to Nirvana and other grunge bands from the cable channel rather than conventional or niche radio.

So, while MTV may have supported musicians in the past, it seemed that a new era began with R.E.M. and Nirvana. Into the foreseeable future, the “next big thing” would come from MTV, rather than well up from independent or underground sources. MTV executive John Canelli explained to the New York Times in late 1992: “We have a pretty big role in spreading something from underground to the heartland. We’re always looking for whatever the next thing is.”

Ironically, it seemed almost natural for grunge bands to hit the mainstream based on MTV playlists. In some cases, as with Nevermind, fans could not hear the song anywhere else. Jason Pettigrew, editor-in-chief of Alternative Press, recalls the video’s impact, despite little radio airplay and the meager number of CDs and albums shipped, explaining, “The ‘Smells Like Teen Spirit’ video got traction and radio finally perked up and said, ‘shit, we better program this.'” More important for music at large, Pettigrew says, “Overnight, the vacuity of the hair metal scene was replaced by slackerness and teenage angst.”

Authenticity and MTV: Grunge Fights Back

While Nirvana and other grunge bands claimed the moral high ground regarding MTV and its role in their successes, the musicians still kept putting out videos, thus participating in the corporate machine. As a matter of fact, for all Kurt Cobain’s mockery of MTV, once telling a reporter at the 1993 MTV Video Music Awards that he kept his past trophies in the toilet, the band participated in the channel’s program MTV Unplugged to pump up sales of In Utero (1993), which had been successful, but had not generally lived up to the record company’s expectations following Nevermind.

There is more than a little hypocrisy in Nirvana’s public stance. For example, Dave Grohl, mocking the cable channel in the same interview, claimed MTV’s real motto was not “Choose or Lose”, but rather “Schmooze or Lose.” His band mates felt that if they did not perform at the awards show, MTV would no longer play their videos. With scorn, bassist Krist Novaselic exclaimed, “Then our careers would be over.”

Yet, despite the disconnect between the grunge ethos and MTV’s history of slick, model- and sex-filled videos that appealed to a broad mainstream audience, Nirvana retained its authenticity. Journalist Karen Schoemer, writing in The New York Times in early 1992, shortly after the band appeared on Saturday Night Live, claimed, “Nevermind may not speak to pop consumers or fans of classic rock, but it obviously speaks to a young audience hungry for alternatives. The albums lyrics… deal with issues like apathy and suburban ennui in blunt but poetic languages.”

Nirvana and other grunge bands that rode the MTV wave to stardom soon had enough power to speak publicly about their disdain for the music channel. In October 1993, Pearl Jam won four MTV Video Music Awards for “Jeremy”. At the show, lead singer Eddie Vedder admitted “If it weren’t for music, I think I would have shot myself in the front of the classroom.” Yet, a month later a long profile in Rolling Stone by superfan Cameron Crowe revealed that Vedder refused to do a video for its song “Black” and that he did not even have MTV. “Ten years from now”, bassist Jeff Ament said, “I don’t want people to remember our songs as videos.” Yet, here we are 20 years later, and it is hard to imagine anyone who does not link the group and that haunting clip of teenage suicide.

By early 1994, several months before he committed suicide, Cobain spoke disparagingly about “Smells Like Teen Spirit” in an interview with Rolling Stone‘s David Fricke. The link between the band’s popularity, Cobain’s disillusionment with fame, and the role MTV played in blurring the line between authentic and sell-out converged. The singer explained, “Everyone has focused on that song so much. The reason it gets a big reaction is people have seen it on MTV a million times. It’s been pounded into their brains. But there are so many other songs that I’ve written that are as good, if not better.”

MTV Minus the Music

MTV’s central role in delivering grunge to a national audience in the early 1990s demonstrates the network’s power as a creator and definer of culture. From a broader perspective, MTV’s influence makes sense for those who grew up in that era of mixed messages, from AIDS and “Just Say No” to the residual conservative strains of the Ronald Reagan/George H.W. Bush presidencies. For that generation of young people vacillating between the sugary-sweet message of Jermaine Stewart’s 1986 hit “We Don’t Have to Take Our Clothes Off” and the safe, MTV-promoted sexuality of Madonna, Prince, and bands like Duran Duran, grunge gave voice to audiences searching for social consciousness and intentional defiance of what was considered hip, popular, and cool.

Cobain served as a catalyst for grunge’s popularization and demise. His 1994 suicide deflated the energy from grunge and provided the opening for saccharine and corporate-formulated music to regain the footing it lost when swept out by the success of Nevermind. “Cobain was a tragic, poetic figure”, says Alternative Press‘s Pettigrew. “When it looked like he was in control, it turned out he was as lost as ever. But, Nirvana was just as important as Elvis or the Beatles because of the cultural change that threw everybody for a loop.”

Today’s readers may find it hard to believe that MTV held this kind of power 20 years ago, or maybe even that the station back then focused on video over pre-programmed content. Yet, MTV is still a powerful force in popular culture. This notion becomes clearer when examining the way the network currently breaks reality television stars to a national audience (the hideous cast of Jersey Shore, for example). Given MTV’s pervasiveness as a cultural arbiter, it is evident that the network could once again dominate the music industry. Music fans may have changed significantly over the last two decades, but they still yearn for a guide on their journey.