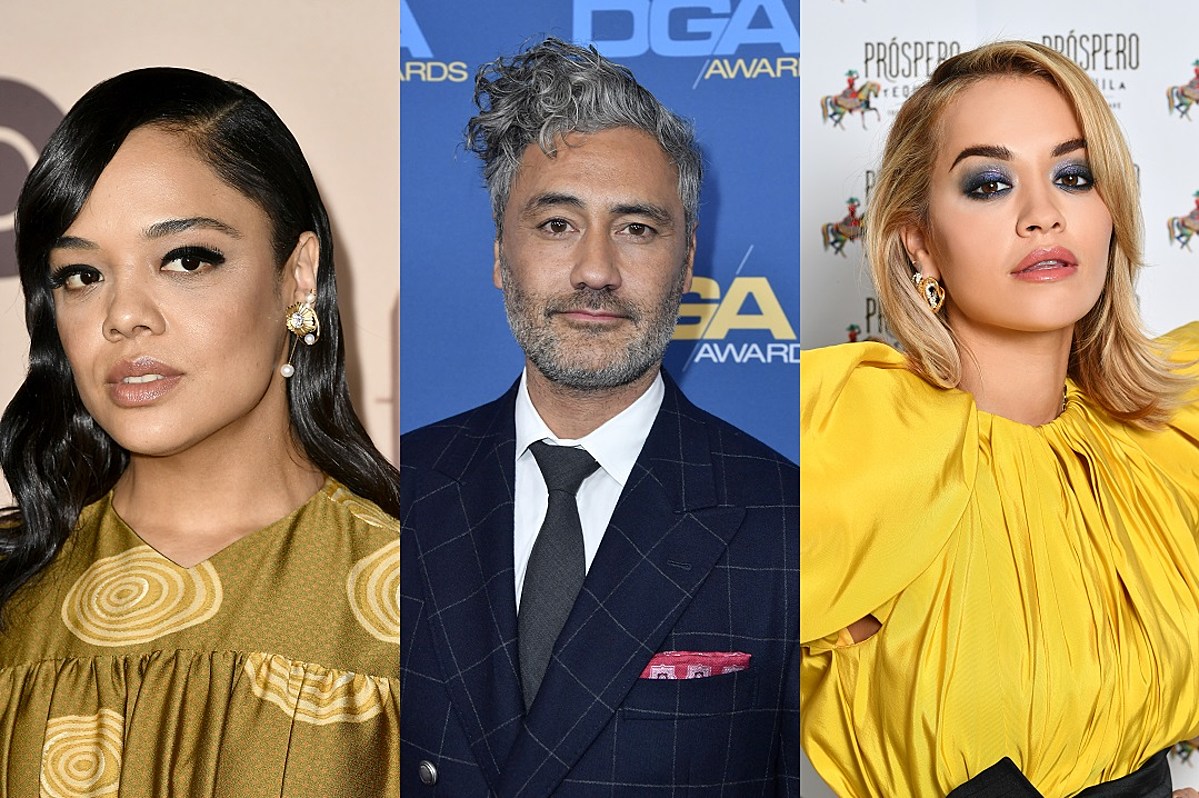 Published by the Daily Mail on Sunday (May 23), the pictures in question depict the director draping his arms around both Ora and Thompson as they laugh and pack on the PDA. In one photo, the “Let Me Love You” singer appears to be giving the Thor: Ragnarok star a peck on the cheek, while in another she’s kissing the side of her director boyfriend’s mouth while Thompson’s caught with her mouth open.

In separate photos, the two women can be seen nose to nose as they share a moment, while later, Waititi was snapped leaning close over Thompson’s face as she relaxed in a white lounge chair.

While Thompson’s possible addition to their budding relationship is news, Waititi and Ora first sparked romance rumors late last month when the latter posted a snuggly pic of the two canoodling on her Instagram. (Interestingly, in the same carousel of photos, Ora also shared a selfie with Thompson, who’s currently in the midst of filming Thor: Love and Thunder under Waititi’s direction. Ora, meanwhile, is in Sydney to film the Australian iteration of The Voice.)

Naturally, the photos of the trio have gone viral, leading to a plethora of funny and clever reactions across social media.

“Is there room for another in this rita ora, taika waititi, tessa thompson thing? asking for a friend (myself),” one fan asked, while another tweeted, “TAIKA WAITITI IS TRENDING BUT DON’T CLICK ON IT BECAUSE YOU’LL JUST BE JEALOUS NO MATTER HOW YOU IDENTIFY.” Another hilariously summed up the situation by writing, “Me finding out in a matter of seconds that Taika Waititi has actually not been married for years now and also he’s dating Rita Ora and also they were seen making out with Tessa Thompson” alongside a popular meme featuring Spongebob Squarepants‘ Mr. Krabs.

Check out some of the best reactions to Waititi, Ora and Thompson’s PDA session below.