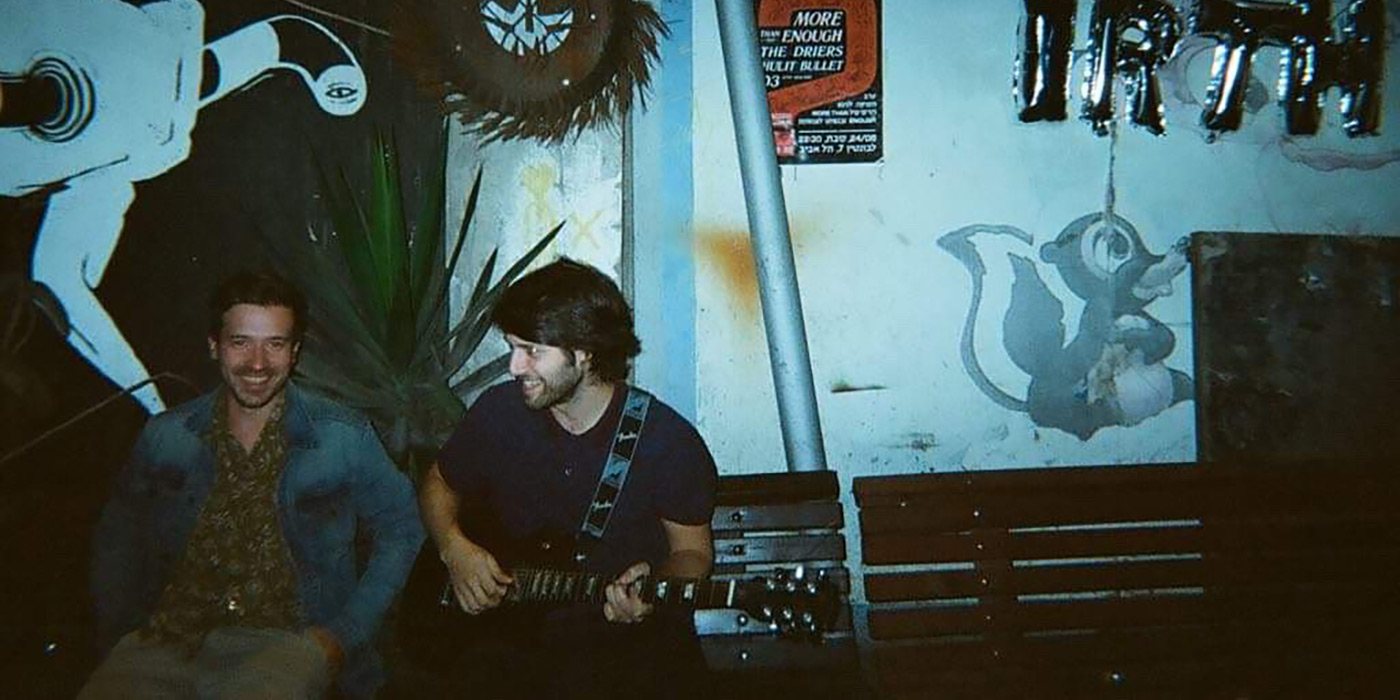 Berlin-based post-punk duo PRIG dropped their debut “Plants” EP back in November and now return with the second video from the project. As the title track and opener, Plants soars with twinkling guitars that shift into the crunchy with howling synths like the flash of a metal saw. With its themes of nature, industrialization, and computer games, PRIG portrays abstract realities and wishes and then brings them to life in their new video.

Directed by their friend Ariel Glecner, Plants is part-animated part live-action and follows a flower that blossoms into a giant and eviscerates a city. I spoke with Ariel and PRIG duo Nethaniel and Ambrose about the colourful and bizarre video and more. Watch and read it all here.

What was the video’s inspiration?

Nethaniel: We were really impressed by the videos Ariel Glecner animates for his songs and told him we really want him to make a video for ‘Plants’.

Ariel: I was lying on my bed listening to the song and this idea of the band fighting an evil plant came to my head, probably because of the line “I wanna be murdering plants”. Maybe it made sense to me that this could be a reason to murder plants. I was probably inspired by a lot of cartoons and tv shows as the idea of a team fighting a gigantic villain is not new. A lot of the scenes were also inspired by the nature of the music, the sound of the synthesizer sounded like a ghost to me so I knew I had to somehow meld it into the story.

Can you elaborate on some of the imagery used?

Ariel: Most of the video was drawn digitally, but the rest – the live images and footage – are stock photos and found footage (+ photos of the band members edited by Libi Gurdus). I knew I wanted the plant to be seen destroying the city, and I didn’t think that animating drawn buildings collapse or explode would be intriguing enough.

What was your favourite part of the process?

Ariel: My most favourite part was seeing the result. But not far behind was manipulating the found footage to seem to react with the animation.

Ariel: To do the flying toilet paper roll and tin can I took actual videos of these objects spinning around on a fishing line, and then went frame after frame and traced their shape. And what’s the weirdest video on your phone?

What do you have planned for this year that you can let us in on?

Nethaniel: We’re going to play shows in different European countries this year, including a tour with Lili Franko from Israel next month. Other than that, we just started working on our next release.

If your music was the soundtrack to a movie, what movie would you pick?

Nethaniel: I haven’t seen most of these.