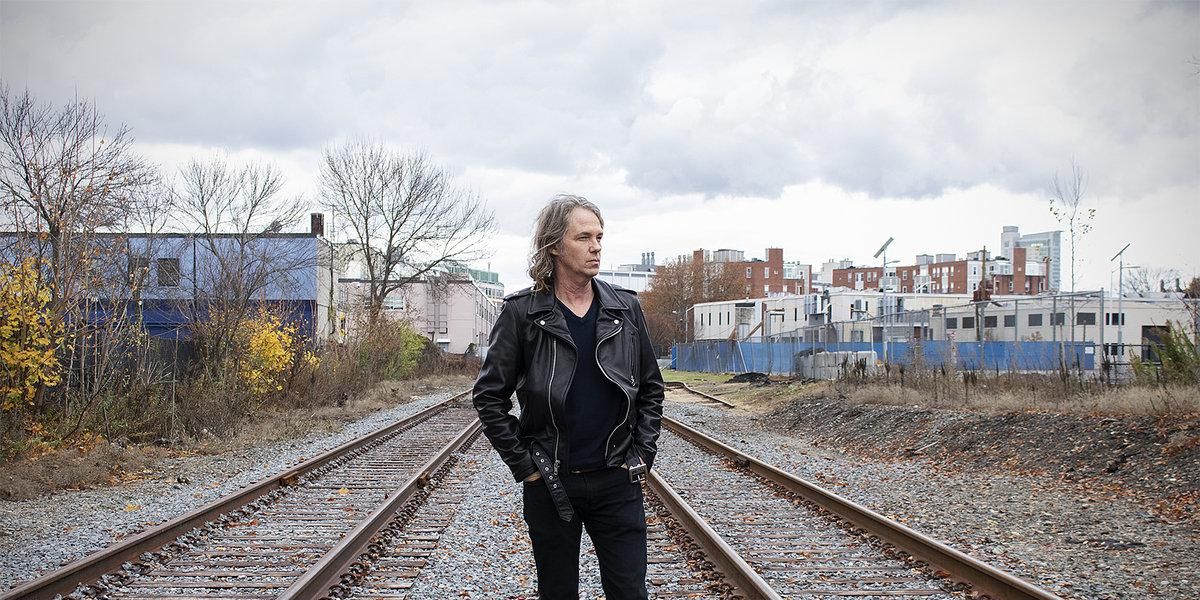 Chris Brokaw’s onto something. The post-rock mainstay (Codeine, Come) and longtime supporting player (everyone from Thurston Moore to G.G. Allin) borrows the title from the best song on his new solo LP to christen the whole affair. We could spend the next 500 words talking about just how goddamned good “Puritan”, the song, is or how its structure lends grandiose scope and surprising depth to the tunes that follow it. That’s all true. It’s also a breathtaking bit of faux-instrumental post-rock, as straight-forward or stripped down in its delivery as a band like Seam but also as knotted and extraordinarily intertwined in its ability to build threnodies as a more obtuse outfit, like, say, A Minor Forest.

Though the song begins in fairly nondescript and almost borderline generic post-rock territory, it clicks and locks tight about 90 seconds into the proceedings. Brokaw merely intones, his voice buried under multiple takes, “Early in the morning…” Then, joined on bass by Dave Carlson and on drums by Pete Koeplin, he falls into an epic locked groove that takes more than four minutes to unfurl fully. In those beautiful minutes, Brokaw generates tons of heat with almost dirgy but undistorted repetitions played passionately between poles of recklessness and restraint; Koeplin, working the ride, leads the way through the wilderness of sound with crashing crescendos. It is the record’s finest moment, and the whole affair comes to a roaring head with some five minutes on the clock of the entire album. What’s surprising is that Brokaw doesn’t just drop the mic after something so masterful.

Much of the record that follows opener “Puritan” fits less in the shadow-laced trajectory of 2019’s excellent, moody End of the Night and more in the more verse/chorus/verse mold of his 2005 solo LP Incredible Love, with songs often following expected trajectories. But, man, we could write volumes about the hypnotic spells that Brokaw and company cast with repetition. “The Heart of Human Trafficking”, with its thrashy and reverb-ed leading melodies, is one of the record’s loudest statements. However, even on something so boisterous, Brokaw doesn’t hesitate to get lost in the repeated refrains of it all, stretching what could be a three-minute banger to 7:16.

The clattering claptrap of “Periscope Kids”, first a single released about six years ago, lends itself to similar joys. Although here the real spine-tingler is in hearing Brokaw, by no means a masterful vocalist but surely an effective one, dead-pan his lyrics in near-defeat or cast off a brilliantly understated, vaguely sing-song “Ah-uh-ah-ah.” “Report to an Academy” is a fun blast of blistering noise – great angularity on bass at times from Carlson – and it’s a welcome, little exhalation before the record’s closing resignations. (Tip of the hand: the closer is an excellent Karl Hendricks cover.)

There are lesser moments, to be sure. Brokaw offers up an acoustic take on “The Bragging Rights” that expands the palate, but not the narrative, of the very fine version already available on End of the Night. “I Can’t Sleep” is slight and doesn’t quite stick the landing at barely 90 seconds long. It ends before its conclusions are made logical or fully realized, and that’s a shame, especially on a record that goes to such lengths to hammer home its intentions.

And then there’s “I’m the Only One for You”, which might divide some listeners. The piece, where Brokaw duets with a doe-voiced Claudia Groom, announces itself as classic, capital-R Romanticism, with a jazzy drum shuffle and only the sparest bit of punctuating guitar in opening verses, here and there played in doo-wop relief. The “outro”, and we use that term loosely, might outrun the whole first half of the song, with Brokaw humming the song’s melody up and down over more driving, quixotic guitars. Brokaw really sells the song with his wordless cooing, and peppered here and there are some wonderfully understated moments of solo guitar. But the emotions are writ so plain on their face and delivered straight-faced and on the nose (“True love is the only thing that’s true,” Brokaw and Groom harmonize in the opening couplet) that the conceit almost undermines the tender beauty of the moment. We’ll leave it to long-time Brokaw fans to decide where this one falls in the canon.