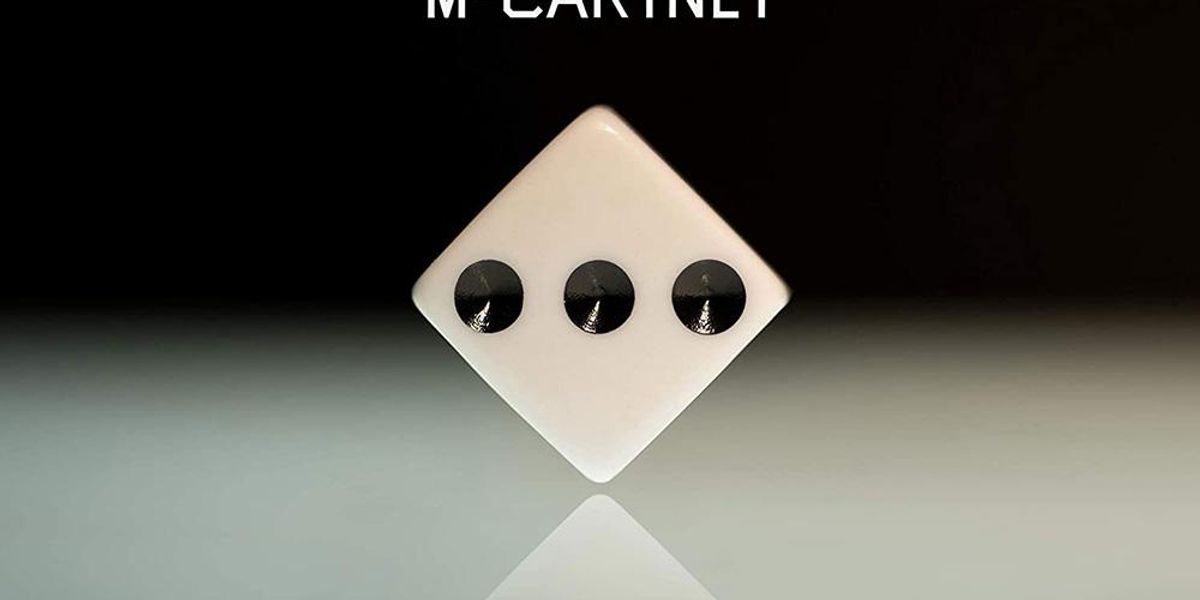 Paul McCartney was made for lockdown. 2020 saw musicians downloading long-distance song contributions from far-flung bandmates at such a rate that it’s a miracle that the Internet didn’t shake all its rivets loose. McCartney was having none of that – he just rolled up his sleeves, dusted off his computer interface, and got busy on his own. The result – McCartney III, scratched a creative itch, satiated Beatlemaniacs, and helped to prop up an industry, reeling from last year’s biological body blow. But is it any good? Well, it’s certainly not bad.

McCartney III comes a mere 40 years after his last “solo” album, McCartney II. That album was initially critically panned but has turned from a fan favorite into a “lost classic”, which now pops up on “must listen” lists cranked out by sincere bloggers and learned tastemakers the world over. What that album and its 1970 predecessor McCartney share is a sense of playfulness and experimentation, which III hints at but never really embraces. On occasion, McCartney steps gingerly out of his comfort zone but then retreats fairly quickly. That’s a shame.

The first single from the album, “Find My Way”, is the kind of amiable power-pop tune that McCartney could write between finishing his main course and starting his dessert. That said, it’s pretty great. Quirky, backward sounding guitars and fake brass sections augment a typically lovely, Macca melody. You’re holding your breath, hoping it’s not going to be the embarrassing cringe-fest that part of you has been dreading, and you’re delighted that it isn’t. So far, so good. McCartney sounds like he’s having fun, and his voice, although weather-beaten, is pretty much intact. Overdubs and Auto-Tune? Maybe, but doesn’t everybody do that now?

“Pretty Boys” could have been recorded at any point of his career. It could have sat nicely alongside “Dear Prudence” on “The White Album” or on Wings at the Speed of Sound or Chaos and Creation in the Backyard. The lyrics are fascinating and surprisingly pointed: “They’re gonna set your world on fire / Objects of desire / Preaching to the choir / They can talk, but they never say much.” Is this a sideswipe at the new wave of boy bands, or is McCartney just being a grumpy old man? To prove he has been paying attention to whatever’s been happening in the last 20 years, “Women and Wives” takes Coldplay’s earnest, piano-led, midtempo template, and buffs it up to a high sheen. Chris Martin must be livid and flattered.

If your favorite track on Abbey Road was “Polythene Pam”, then you’ll love “Lavatory Lil”, which is probably as good as any song called “Lavatory Lil” is ever going to be. It’s only saving grace is that it’s pretty short. Brevity may have helped “Deep Deep Feeling”, which is stretched to breaking point by unnecessary repetition and production tricks. Not even the Dave Gilmour style guitar solo can save it. “Sometimes I wish it would stay / Sometimes I wish it would go away”, goes the refrain. Again and again and again and again.

“Slidin'” goes some way to getting your attention back. Although the song is essentially a guitar riff played in unison by McCartney and touring bandmate Rusty Anderson, it’s a fine, taut little rocker in the style of mid-’70s Wings. If this had been recorded live by a band in a greasy recording studio at three in the morning, it would have blown the doors off. There’s not much wrong with this version, however. And if you need any proof that McCartney can still pack a simple tune with lovely melodic details, well here’s “The Kiss of Venus” and “Seize the Day” to reassure you. Hearing him sing “Yankee toes and Eskimos / Can turn to frozen ice” is oddly comforting when the rest of the world falls to bits.