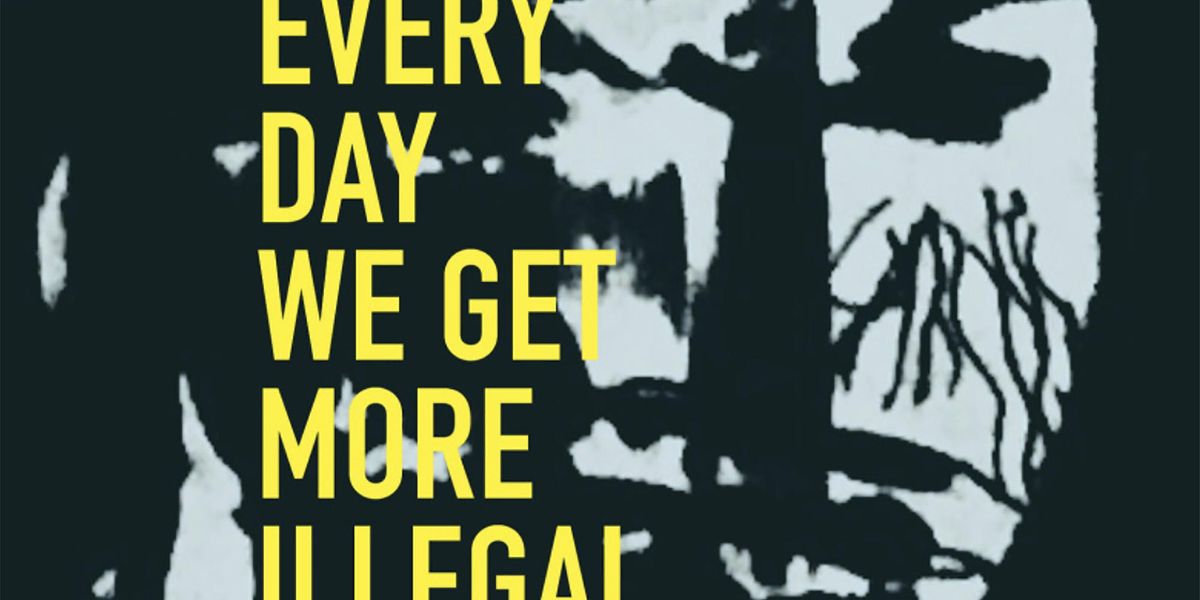 When I saw Juan Felipe Herrera perform his verse in Atlanta a few years back, I was struck by the musicality of his delivery. Herrera, the first Mexican-American Poet Laureate (2015-2017), has a jovial, Zen-like presence that simultaneously calms and invigorates.

A calming and invigorating musicality permeates Herrera’s printed poetry as well. This sensibility may be unexpected, considering that the title of his latest tome, Every Day We Get More Illegal, seems to foretell a diatribe vibe. Of course, versified tirades would be understandable and even welcome in such a collection–after all, Latinos are invaluable members of US society who number 60 million in population, yet are ever-demonized politically, with a huge underclass that is often overlooked in the American economy, and vulnerable to abuse.

But the fact that Herrera steers clear of outright anger in his verse is an inspiring testament to the indomitable spirit of many Latinos. It also reflects the poet’s inimitable ability to transmute personal outrage into rousing literary songs.

That doesn’t mean, of course, that there are not harrowing scenarios in Herrera’s poetry –tales of horror that, for example, border-crossers must face (“Roll Under the Waves”):

Or of the trauma of detention and deportation, told in fluid lucidity in “You Just Don’t Talk About It”:

But amidst the stark scenes and screams are vivid emblems of compassion and hope that transcend the terror. There is the Whitmanesque cataloguing, as in “Touch the Earth (once again)”, invoking the vibrant Latino work ethic:

Or, more tacitly, we find luminescence in “[interruption [5] ]”:

Lest we believe that Every Day We Get More Illegal is just a poetry-pendulum swaying between misery and beauty, in reality it’s an eclectic, eccentric blending of voices and styles. Amid surrealist and symbolist imagery are prose poems, poems that emulate Japanese forms and tones, stream-of-consciousness, spoken word rhythms, verse that liquidly mingles Spanish and English and many other styles, unfettered by categories or without poetic precedent.

What remains threaded throughout Herrera’s verse is the musicality–the calming, invigorating melodies that remind us, ever so sweetly, if insistently: Latino lives are beloved.

Herrera’s poetic persona sings forcefully, tranquilly, ebulliently, drawing us into his joyful orbit, and reminding us that we are all Americans and the revolutionary impulse to recognize our interconnectedness needs to happen now. As he writes,

“we will be dancing strangers under the honeyed yellow light / we will bathe deep together.”