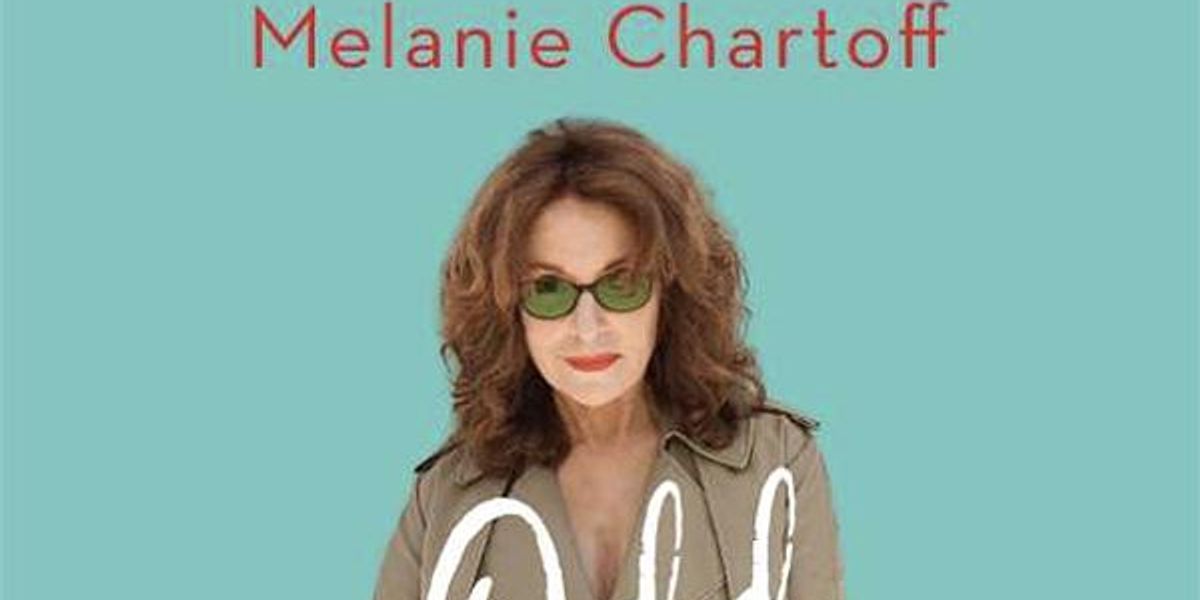 Not everyone who works in Hollywood is famous, but some actors who work consistently across the decades achieve a level of face or voice recognition that compels viewers to sometimes shout with joy at the television, “hey, it’s that one actor, what’s-her-name! You know, she was also in…in…ah, hell, she’s been in everything, but I can’t think of her name.” Melanie Chartoff is enjoying a very satisfying life as one of those types of actors.

You’ll know her when you see her—or hear her. She won a Daytime Emmy for doing voices on the hit cartoon Rugrats that ran for two decades on Nickelodeon, including spinoffs until 2008. She was beloved as the mother, Didi Pickles, but she was also comfortable playing the bad guy, as when she played Principal Grace Musso on the three seasons of Fox’s Ferris Bueller-inspired sitcom Parker Lewis Can’t Lose in the ’90s. In the ’80s, she was best known for her work on the comedic ensemble cast of ABC’s Fridays, a Saturday Night Live-type program. In the ’70s, she worked on Broadway, including debuting in the famously quick to close surrealist space opera full of trampolines, Via Galactica.

For the last decade or so, Chartoff has focused more on writing than acting. Even for a gorgeous woman with fierce comedic chops who can still dance and sing the house down, there aren’t exactly a million great roles to choose from after menopause. So on the one hand, Chartoff represents a generation of excellent actors who are starting to get pushed out and left behind for the next wave of ingenues:

“I was aging out of fashion, out of the passion for youth. Fan mail dwindled; offers tapered off. I wasn’t built for the small, exposition bearing roles, just as I’d never fit in the chorus in musicals. I was suited for ensemble character roles, quirky cameo turns, co-leads. While I waited them out, I started writing instead—inventing interesting roles for women in plays, musicals, stories, and screenplays” (154).

On the other hand, Chartoff is a damn fine writer and her decision to focus there instead of fighting over limited roles for grannies will gift her audience a lot more genuinely hilarious and diverse material than the Hollywood studio executives are prepared to fathom. For my money, we simply can never have too many Jewish Atheists from Brooklyn publishing essays about life as they see it. Over several years now, Chartoff has been prolifically publishing bits and pieces of what has now been collected into her first book—which had better not be her last—Odd Woman Out.

When one is an actor publishing a memoir, the presumption is naturally that acting will be the focus of the book. Moreover, when one has been a “hey, it’s what’s-her-name” type of actor for decades, readers might assume one is poised to dish the absolutely ugliest and thus most delicious behind-the-scenes production gossip. Indeed, Chartoff has guested everywhere and she has certainly seen her fair share of the weird, the wild, and the wouldn’t-you-like-to-know. But Chartoff is kind—and professional to the core. Odd Woman Out is not naming any names other than Ed Asner:

“In 2017 in the very same week that waves of Weinstein accusations were flooding the news, I attended a charity gala to raise money for homeless single mothers. Ed Asner, who I knew from shared play readings and social events, was being honored. I hugged and congratulated him for a recent TV turn as a letch, and for earning the Helping Hands Humanitarian Award that evening. And as we posed for press photos, he rested one of his helping hands on my behind” (19).

If it’s a racy Hollywood tell-all you want, save your money—Odd Woman Out is a better book than that. Chartoff really is very funny. Her senses of wordplay and timing show on the page as well as they ever have on a stage or screen, which is the key to reckoning with her subject matter, because more than garnering recognition for her work as an actor, Melanie Chartoff would like to be considered a whole person. She would like to overcome her family baggage and fall in love just like everyone else. The memoir is about that. It’s not full of advice for pretty young things aspiring to act. It’s not really an advice book at all, as much as one woman telling her mostly inspirational story about being weird and finding love later on in life.

She grew up in what she calls an “abusement park” (16), two girls and a mother against the angry man of their house. But she determinedly sought better for herself by getting out of there because “faking affection like my mother did made me feel sick and confused. I wanted them to love each other. I wanted to love them. I wanted so much more than my folks had ever chosen for themselves. I felt that if I lived like them, I would die” (26).

After leaving home and embarking on some of the usual starving artist adventures, she fell in love with Shakespeare because of “his multifaceted plays—highfalutin lovely language and low comedy characters. I felt the possibility of that whole range in myself, too” (53). And Chartoff still feels that love for the stage over the screen because “the theater feels like my place of worship. Having faith, believing in a pretend story with a bunch of other believers, feels like a religion to me” (71).

When she finally does make her way West, she meets with some success fairly quickly, and of course, discovers the irony of her expectations: “Despite my desire to embody everybody but me, I landed the bigger-than-life role of ‘Melanie Chartoff’ and began to embody it everywhere. I didn’t intend to get famous. I just needed enough people to outvote my internalized negative father so I could believe in myself. Then, it turned out, I would need a lot more people voting to make a secure living and remain in Los Angeles” (146-147). The result is a bit of a nervous breakdown at one point, as her “visibility was such a contrast to the invisible outcast identity I’d felt since girlhood, which I had begun performing to counter. Now I felt like a bigger oddity, but still not at one with people” (120). This yields a ridiculous yet classic tale about her very brief time on a shady ashram.

The most hilarious parts of her story are the descriptions of her various boyfriends. Readers will have known them all, from the naïvely doomed young first love to the gifted-but-unwell actor who sometimes manages to fail upward, from the charismatic alcoholic social climber to the is-he-or-isn’t-he Prince Charming that doesn’t show up until Chartoff is in her 60s. But far from presenting them as a march of clichés, Chartoff prefers to roll through her romantic history in a way that maintains focus on her inner psyche and how her emotional baggage often kept her from making the right choice.

There is a kind of confidence that only comes with age, with the long practice and intense failures that accompany any life. The kind of confidence that shares a story more easily than it gives advice. Chartoff has spent many moons feeling like the odd woman out. Who among us hasn’t? That’s sort of the point. In Odd Woman Out, readers are getting a voice whose hard-won confidence and happily ever after romance arrived late—but not too late!

It’s inspiring but not schlocky. It’s a killer comedy sketch production, not a sappy Hallmark channel movie. Here’s hoping Chartoff plans more work in this vein, as this first gush of her reflections prove she’s tapped quite a strong one.